Apple’s last quarter was so bad the company broke its long-running streak of outselling Samsung during the holiday gift season.

Going back for several years, the maker of the Galaxy line of Android handsets always outsold Apple during the first three quarters, and in total sales for the whole year, but iPhone would came out on top in Q4. Not last quarter.

Plenty of bad news to go around

Both companies actually experienced bad holidays, but Apple’s was worse, according to the analysts at IDC.

In the October-to-December quarter of 2017, Apple shipped 77.3 million iPhones, above Samsung’s 74.5 million handsets shipped. Apple also came out on top in Q4 2016. The Korean company hasn’t beat Apple in Q4 since 2015. 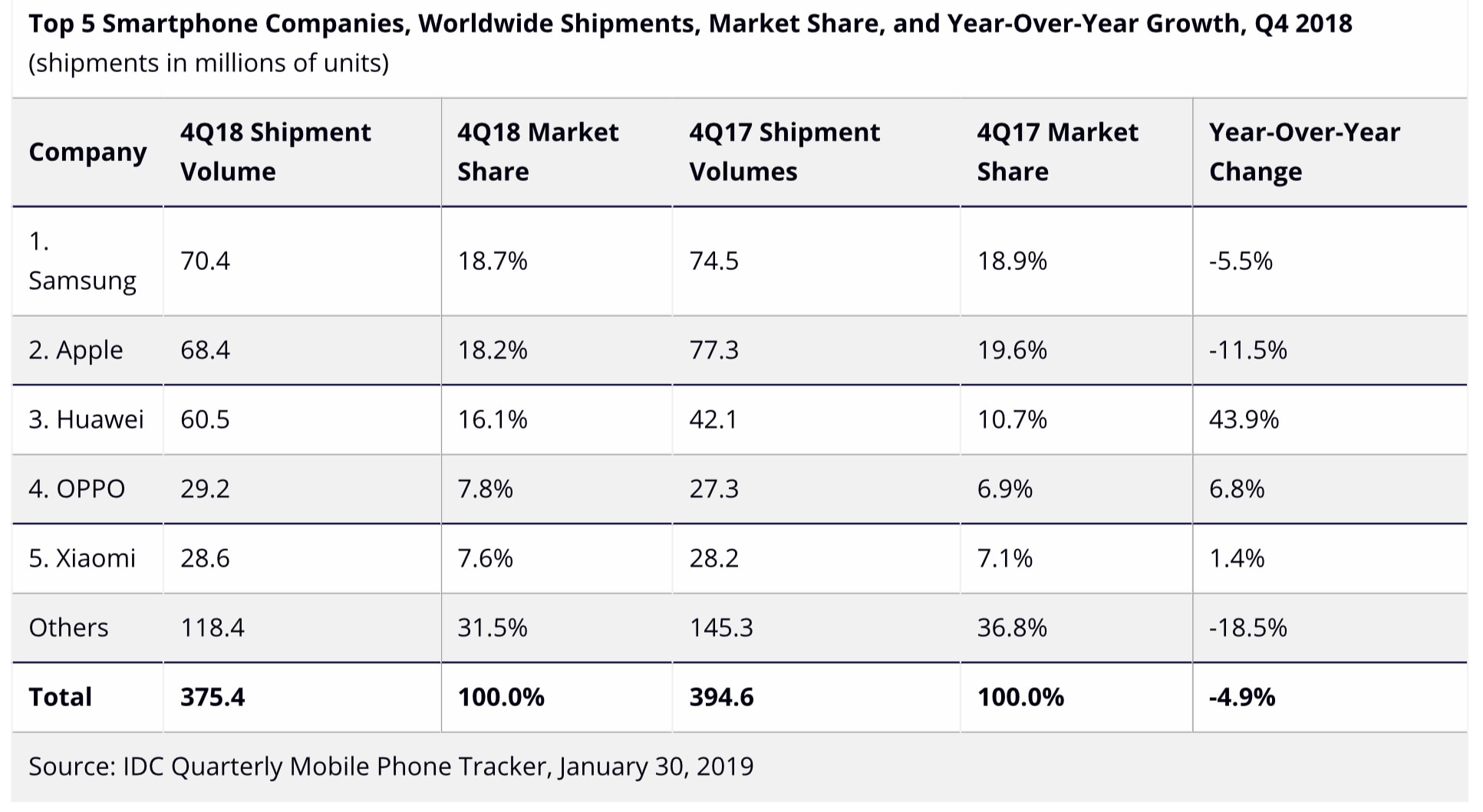 iPhone sales could have a bad 2019

Apple’s weak performance in Q4 was enough to push iPhone shipments down 3.2 for all of 2018.  IDC says this was the result of poor sales in both the United States and China.

And the situation might not be much better in 2019. The analysts at IDC said:

“Apple is certainly not out of the game, but the likelihood of not having a 5G iPhone in 2019 means it will need to tell a strong iPhone and, more importantly, ecosystem story to succeed. If anyone can do it, it is Apple. But it certainly won’t be easy when faced with all the other downward market pressures.”

Apple’s ongoing legal battles with Qualcomm mean that it will have to source its 5G models from Intel, who won‘t have them available until 2020. Rivals like Samsung will be able to launch 5G smartphones with Qualcomm modems much sooner.