The Mac may be way older than the iPhone and iPad, but it still has some tricks. 2018 saw some fine updates to some of our favorite Mac apps, as well as some amazing new apps that migrated across from iOS.

Also, Apple injected so much new life into a tired old macOS staple in Mojave that it’s made our top 5 list this year. Can you guess which one it is?

My favorite Mac app of the year was a beta. Drafts for Mac isn’t officially available yet, but it’s already essential for anyone who ever uses text on their Mac and iOS devices.

On iOS, Drafts is an app that launches to a blank text field, ready to accept any lists, ideas, articles, whatever. Then, it lets you act on those notes, turning them into emails, blog posts, annual reports, whatever. The Mac version currently lacks the actions of the iOS original, but now you have all your notes synced across all your machines.

Things is the most beautiful task manager app on any platform. Like its iOS counterpart, Things 3.5 for Mac launched this year. And while it didn’t add any huge new features, it did polish the app from top to bottom.Price: $49.99

This year Pixelmator Pro added macOS Mojave support, auto-enhancement powered by machine learning, a redesigned interface, and batch processing. Pixelmator Pro was already one of the best apps of 2018, but this tipped it over the edge. If you don’t specifically need certain Photoshop tools, then this is a very capabilities alternative. It also looks way better, and costs way less.

Agenda – A new take on notes

Agenda is an odd app. It’s a calendar, it’s a note-taking app, and it’s a to-do app. Or it’s all three of these. Agenda also exists on iOS, so all your notes, tasks and appointments will sync to all your devices. The design is pretty freeform. So free, in fact, that it can take a while to work out how you’re going to use it. Brand new, just in time for Christmas, is support for attachments in your projects, and Continuity Camera support so you can automatically add photos taken on your iPhone.

But this freedom also means you aren’t forced into one way of working. Do you mostly take notes, but occasionally need to add a date or deadline? Do you usually need just a calendar, but occasionally want to make detailed notes? Agenda may be for you.

Download: Agenda – A new take on notes from the App Store (iOS) 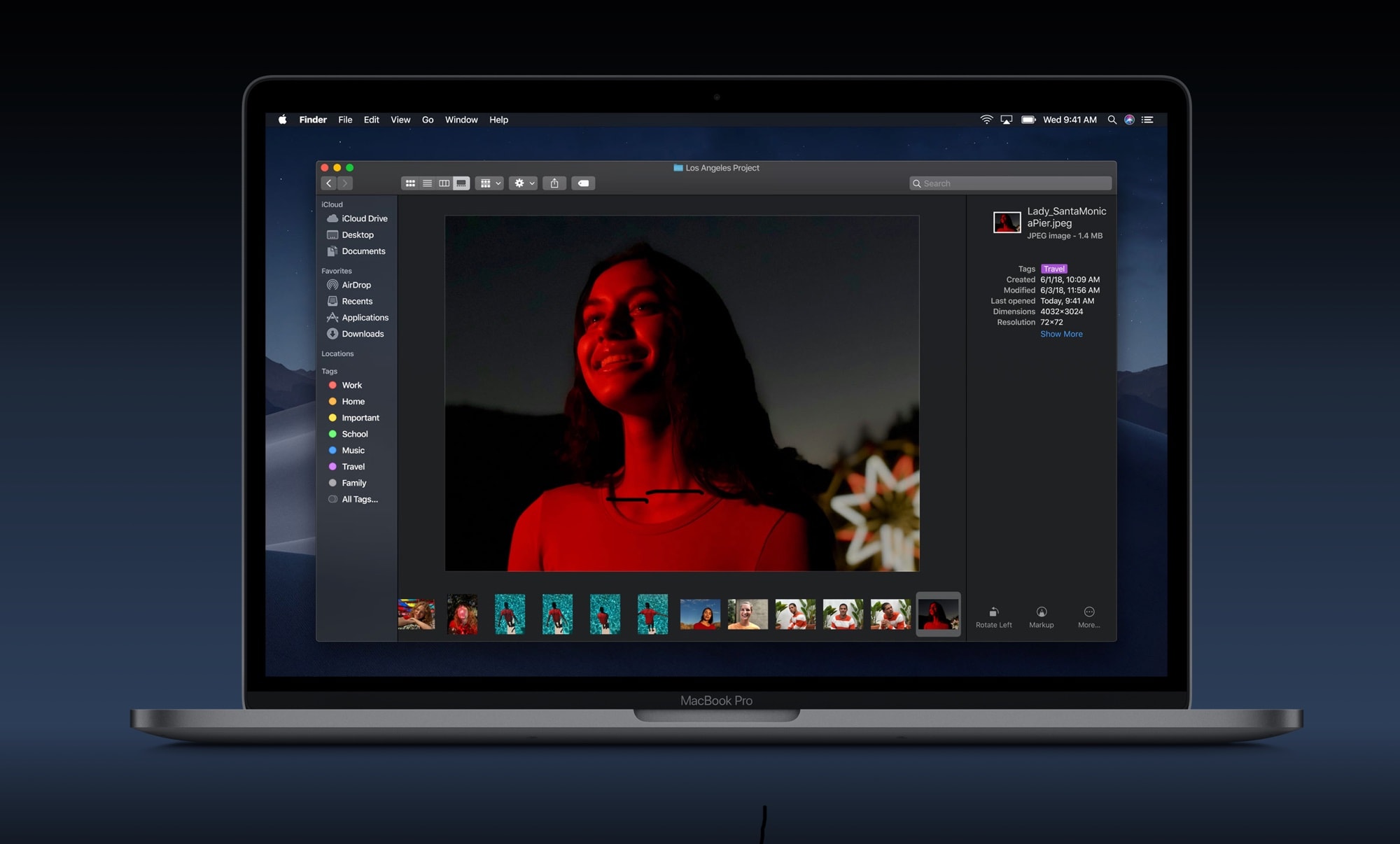 The new Mojave Finder may be the app of the year.

Forget dark mode. MacOS Mojave’s best feature is its revamped Finder. Finder is an app you work with every day, so any new features a re a big deal. In Mojave, you can use the new Gallery View, with thumbnails under the main image, and view the complete metadata for a file.

But the best addition is Quick Actions. You can rotate images, create PDFs, trim videos, and more, all using buttons right there in the Finder’s preview panel. You can even add your own custom Automator actions to the list. I’s pretty amazing.