This is the Side Winder, a spinning reel for your MacBook’s power brick that coils and spools out both the mains and the DC cables from the brick in seconds. It adds a little bulk to the charger, and in return it promises to free you from tangles and knots, forever.

The Side Winder was a Kickstarter last year, and is now available to buy. It comes in two versions, one for old-school MagSafe chargers, and one for current USB-C chargers.

The unit is ingenious. The idea is that you open it up like a clam, drop the charging brick inside, thread the two cables out through slots on opposite sides of the winder, and then snap the lid shut. Then, you grab the body of the unit, and use your other hand to twist the handle. This rotates the brick inside, winding in the two cables into the reel.

To extend the cables, just pull on them both, until you have just the length you need. The unneeded cable stays neatly stowed inside. 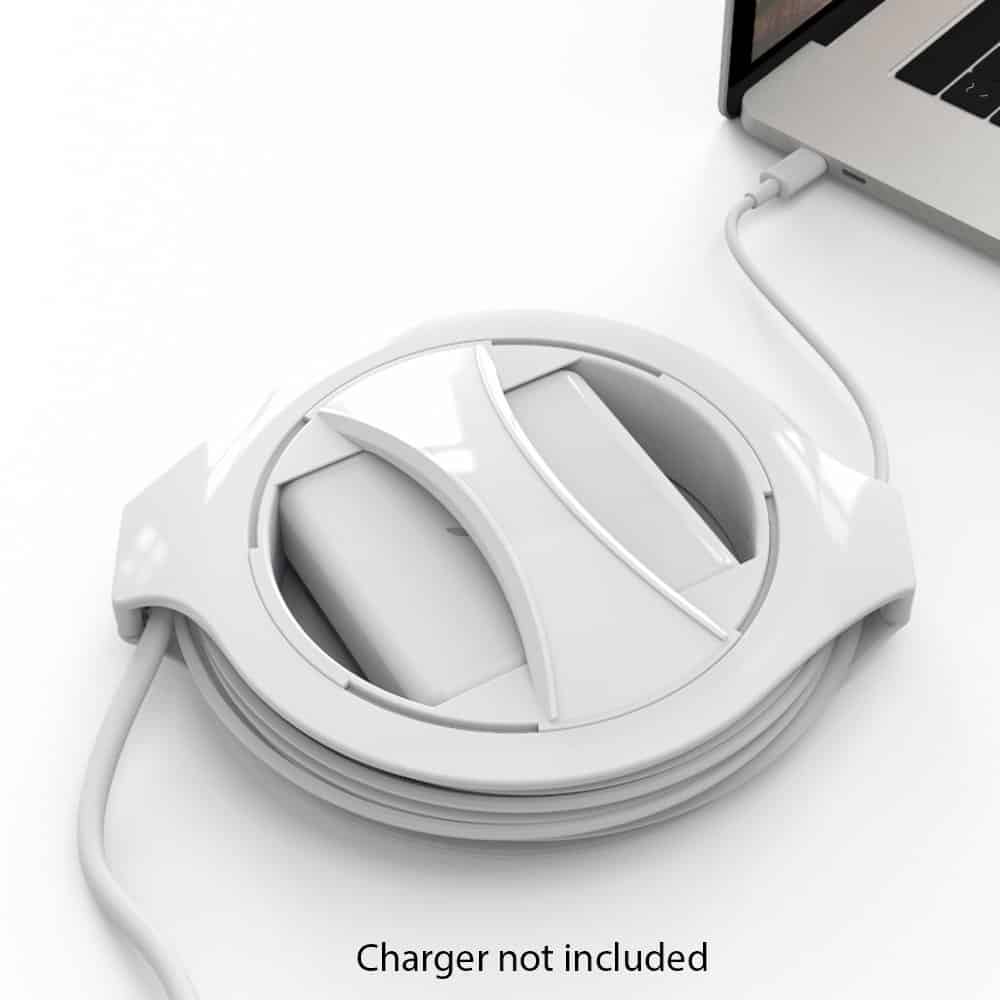 If you can live with the slight added bulk, then it’s hard to see why you wouldn’t buy this. You’ll never get another cable tangle, and the connections between charger and cables are locked inside the reel, protecting them. You’ll still end up fraying the other end of the MagSafe eventually, but still.

The USB-C version also includes its own USB-C right-angle cable, which is designed to stay locked into the Side Winder. Given that Apple has removed the built-in winding lugs from new-model MacBook chargers, something like the Side Winder seems almost essential. And oddly enough, it makes the sleek white power bricks look like the old iBook power puck.

The Side Winder is available now.