Perhaps the best known mod to date has been the iPad in a Mac Classic.  Created by site hirac in Japan, the iPad’s dimensions are nearly a perfect replacement for the 9″ B&W screen, and the Classic’s curved edges and platinum color lend a soft retro look to your hybrid stand:

They’ve also provided these DIY instructions for performing a similar mod to your own system: 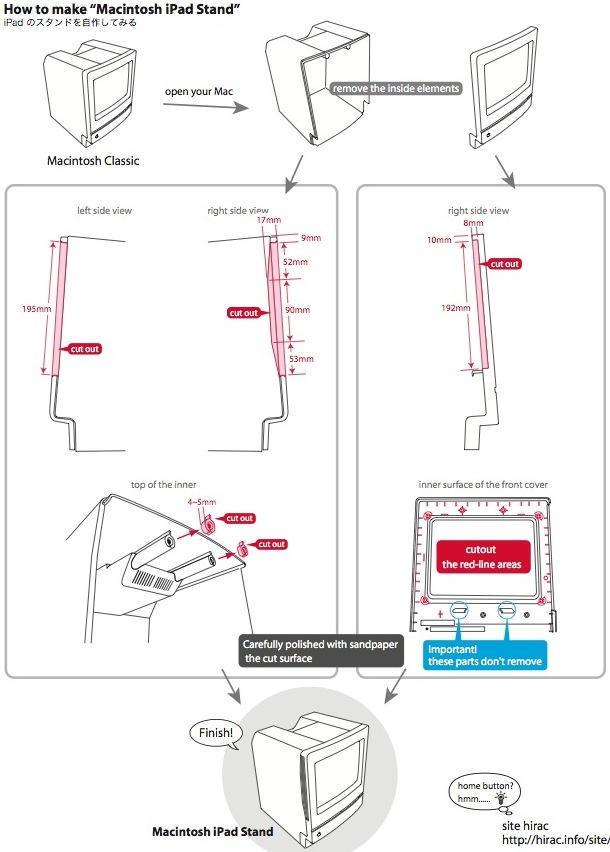 This same basic technique should work on any 9″ Compact Mac, though details of what needs to be trimmed vary a bit from model to model.  Flickr user mapgoblin put an iPad in an original Macintosh case, complete with old sticker residue on the front for that truly classic feel: 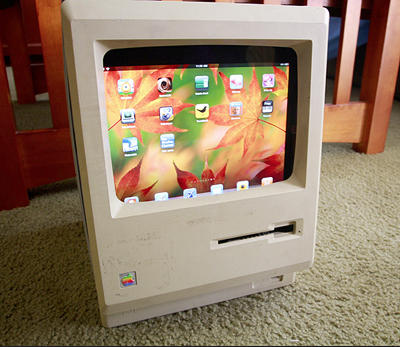 Just add an iPad app with some swimming fish and make your own next generation Macquarium!

iPad in a Clamshell iBook

A second, well publicized hack has been the iPad in a Clamshell iBook.  Another Japanese website applenoir found that the whole iPad (screen and bezel) fits nicely into the space for the iBook’s LCD panel; a Mac USB keyboard via the iPad Camera Connection Kit is used for input: 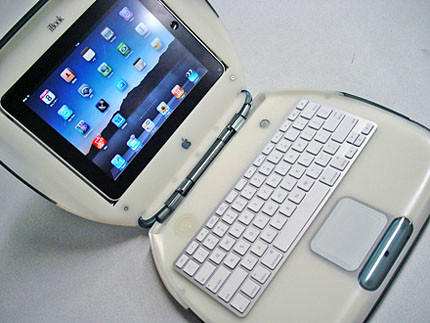 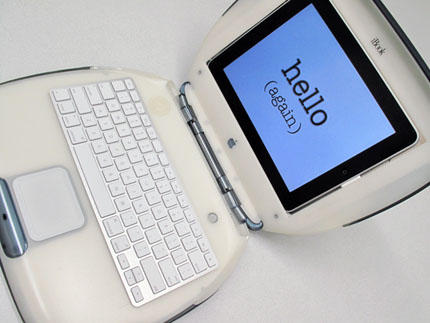 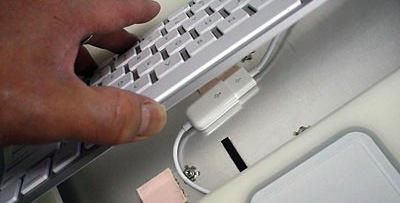 In a practical sense this is actually not a bad idea – the iPad can use both a case and a keyboard!  An iBook G4 or a black PowerBook G3 might also work, with some creativity and elbow grease.

Portable, ergonomic, and makes a good theft deterrent – who would steal an iBook G3 these days?

iPad on an iMac G4

The R2-D2’esque iMac G4, with its dome base, arm and screen lightly floating in space, was one of the most unique and ergonomic Macs ever.  Now your iLamp can live again with an iPad replacing the screen!  Over on flickr, Rusty Sha used molded acrylic for a shelf and threaded the dock cable through the swing arm: 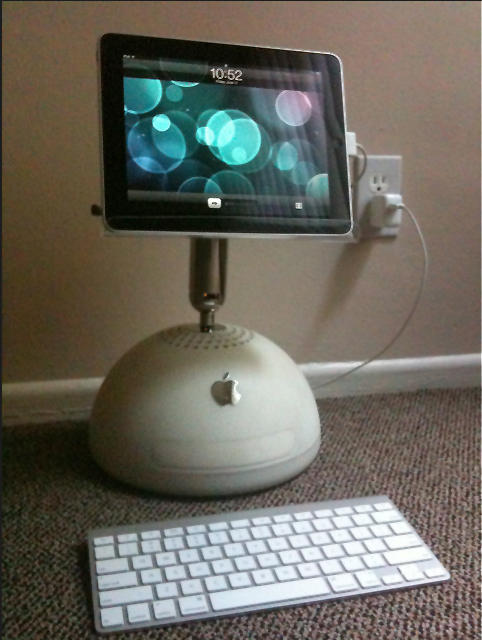 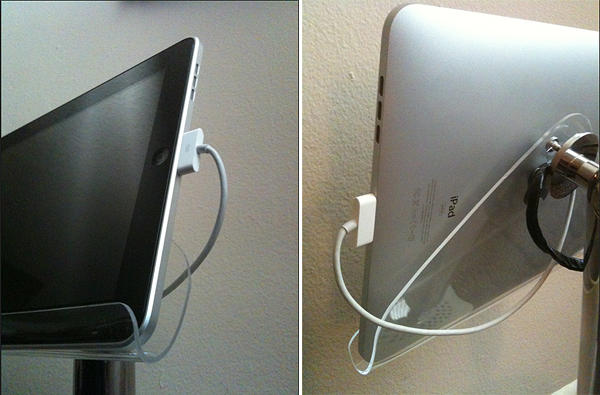 One advantage to this type of design is that if Apple changes the dimensions of the iPad and makes it larger or smaller, no modification will be required.  It’s already ready for a widescreen iPad HD!

Not a bad use for old models as they begin piling up in attics, basements and flea markets.  Have you seen any iPads in vintage Macs?  Created something yourself?  Let us know in the comments.