I’ve been using Apple’s Magic Trackpad for just over a week, and I can confidently say it’s replaced the mouse for me.

The Magic Trackpad is easier to use, much more functional than even a multibutton mouse, and possibly less prone to causing repetitive strain injuries. 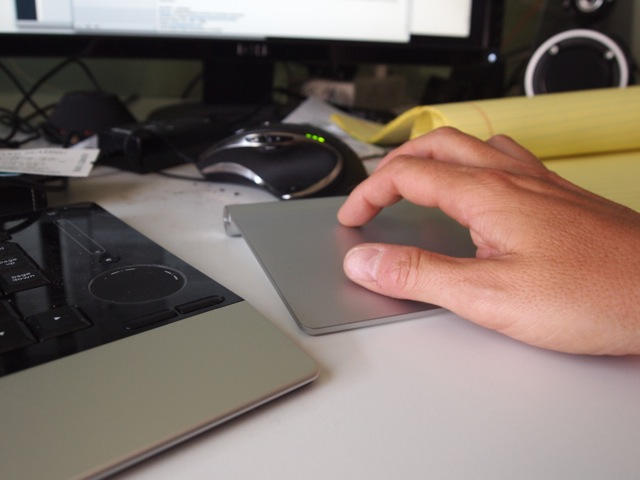 What It Is: Apple’s Magic Trackpad is a 5-inch-square slab of touch-sensitive aluminum that brings multitouch controls to desktop Macs. Apple is pitching the $69 peripheral as a complement to the mouse, or, if you’re feeling adventurous, a replacement for it.

Why It’s Good: For me, there was nothing adventurous about replacing my mouse with the Magic Trackpad: It instantly felt intuitive and easy to use. I took to it straight away.

Crucially, I’ve been using a MacBook Pro for more than a year. The MacBook Pro has a Glass Trackpad, which is just a smaller version of the Magic Trackpad. The MacBook Pro is my home machine, but I use it a lot for work. In fact, I probably spend more time on the MacBook than the desktop Mac Pro I use at work.

As a result, I’m accustomed to moving the cursor around the screen with my fingertips, and tapping the trackpad for mouse clicks. I’m completely programmed to use various gestures when browsing the web or working in documents. Gestures like two-finger scrolling and four-finger swiping are firmly embedded in my muscle memory.

So I found the Magic Trackpad very easy to use. I have no problem with pixel-level control. Even the smallest onscreen targets are easy to hit.

I’ve never been much of a keyboard jockey, using keyboard shortcuts to control the screen. I’m much happier using a mouse or the MacBook trackpad. (I should add that I didn’t like Apple’s Magic Mouse much, at least initially. I didn’t find it intuitive to use. It was too awkward to use the mouse to move the onscreen cursor and the mouse’s top surface for gesture controls or clicks. I hate to say it, but it was a walk-and-chew-gum situation for me — it just didn’t come naturally. I’ve since got more used to it, but it wasn’t as easy and intuitive as the Magic Trackpad.)

The Magic Trackpad is just as functional as a mouse with a scroll wheel. Plus, it adds gesture controls like pinch to zoom, and swiping three fingers to go back in a browser. (I’ve got to admit, I’ve never used any of the additional buttons on my multibutton mouse, which can be programmed in all kinds of wonderful ways.)

Some relief from RSI

The Magic Trackpad seems to be easier on my hands than a mouse. I’ve suffered a little from RSI, and often get a cramp from holding a mouse all day. I have to flex my hands and fingers to loosen them up.

I haven’t had that problem with the Magic Trackpad. I’m able to relax my hand and leave it in an open, natural position for most of the day. Most of the movements can be performed with a relaxed, open hand — gently sliding your fingers across the surface and performing quick mouse taps with your thumb.

I can’t say confidently that the Magic Trackpad won’t give you RSI, but so far it is more relaxing than using a mouse. 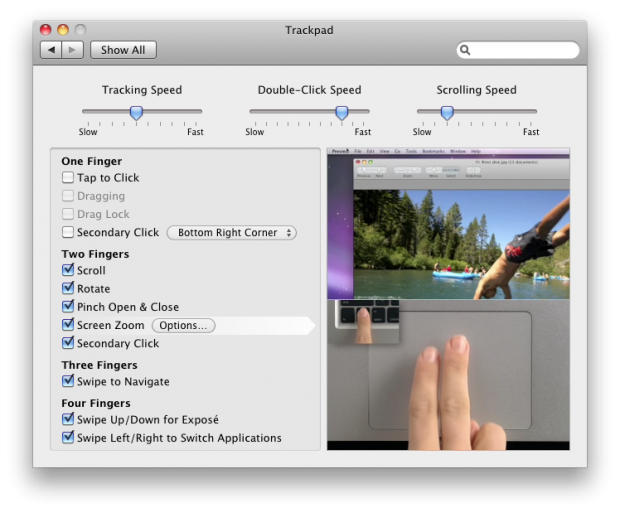 What’s Bad: The only problem I had was with the “Tap To Click” button in the Preferences pane, which allows you to click or double-click by touching the trackpad surface instead of depressing it all the way down. I enabled “Tap To Click” but found that it would behave very erratically. Every accidental touch would be interpreted as a mouse click, and windows would drag across the screen when I was just trying to move the cursor; or a huge section of text would suddenly be selected. I tried for a day or two to be more careful, but I was making too many mistakes, so I unselected it. “Tap To Click” is off by default.

Where To Get It: The Magic Trackpad is available for $69 from Apple.