Google is working on a big redesign for Gmail on the web, it confirmed this week. Leaked screenshots reveal what’s in store for browser users, including a number of new features that are currently only available inside Google’s mobile apps.

“We’re working on some major updates to Gmail (they’re still in draft phase),” a Google spokesperson confirmed on Wednesday. “We need a bit more time to compose ourselves, so can’t share anything yet—archive this for now, and we’ll let you know when it’s time to hit send.”

The redesign will bring a cleaner, fresher look that adopts the Material Design guidelines Google uses for its Android and iOS apps. It will also include a number of useful new features, and easy access to other G Suite apps, such as Google Calendar.

A brand new look for Gmail

The new Gmail, which is now being tested internally and with trusted Google partners, is a great deal prettier than the version web users are currently accustomed to. It now looks a lot more like Gmail on mobile — particularly the Android version — with three new layouts to choose from.

In addition to the default view, which highlights attachments like documents and photos (like in the Inbox app), there’s a “comfortable view” that doesn’t highlight attachments, and a “compact view” that maximizes the number of emails you can see on a single page.

The latter is the view that’s closest to the existing Gmail design, according to The Verge, which obtained these screenshots from a preview of the new design.

Alongside a prettier inbox, Gmail has a new sidebar where you can use other G Suite apps without leaving Gmail. These include Keep, Google’s note-taking app; Tasks, its to-do app; and Google Calendar.

“This is perhaps the most useful part of the redesign that makes it easier to schedule meetings, or see when you’re free when replying to an email,” adds The Verge.

Google is also adding Smart Replies, another feature that made its debut in Inbox, and support for Snooze, which is useful for when you can’t reply to an email right away, but don’t want to forget it. Goog is also working on an offline mode. 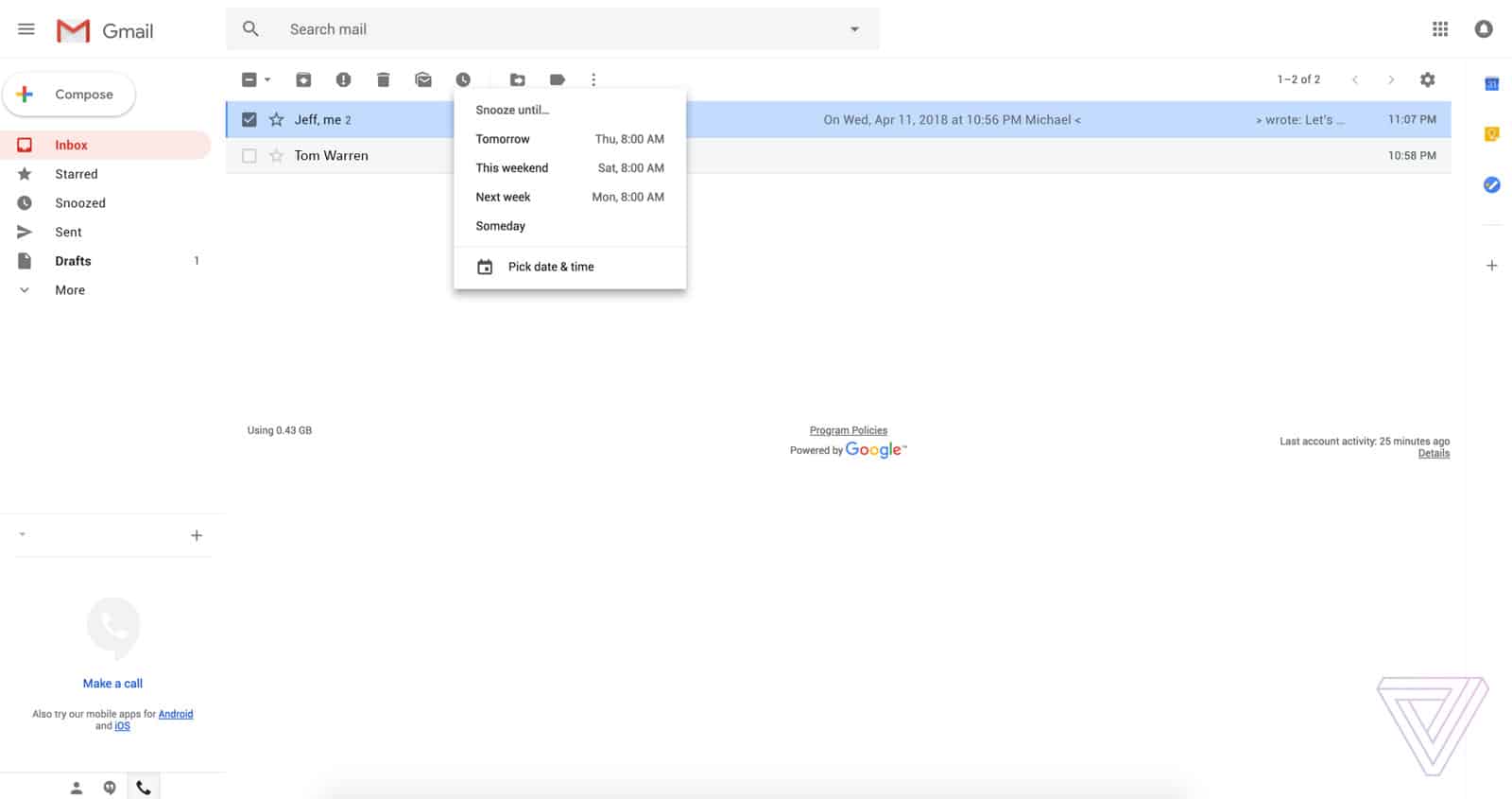 The new Gmail will likely be showcased during Google I/O, which kicks off on May 8. It’s expected to start rolling out to users soon after.