Charisma is hard to judge, but apparently Apple doesn’t have it. Or at least it’s less charismatic than many rivals, including Amazon and Google.

“Compelling attractiveness or charm that can inspire devotion in others,” is how the Oxford dictionary defines charisma. Since Apple is known for generating a legion of fans — a cult, if you will — one would expect it to sit at the top of a new survey judging the charisma of various brands. Instead, the iPhone-maker ranked eighth.

For The Charisma Index, researchers queried people in the United States and several European countries about well-known brands. They asked questions about each company’s courage, generosity and integrity. Other categories for questions were less obvious, including consciousness, delivery and purpose. Then the results were combined to judge each company’s charisma.

Amazon did best overall, securing the top score in almost every category among U.S. respondents, according to CNet. Google came in second, followed by Hershey, Lego, Netflix, Kellogg’s and Disney.

Not much charisma but lots of courage

When the survey asked, “Is this a brand that dares to innovate, and not settle for following or copying others?” it should surprise no one that Apple scored well. This was defined as the company having courage.

Tim Cook and company also did great when responders were asked, “Is this a brand that knows what it stands for, and where it is going?” This indicates people think Apple has purpose.

Cupertino didn’t do as well on the generosity query: “Is this a brand that gives of itself and its services, motivated by more than profit?” Apple’s reputation for making premium products can’t have helped. 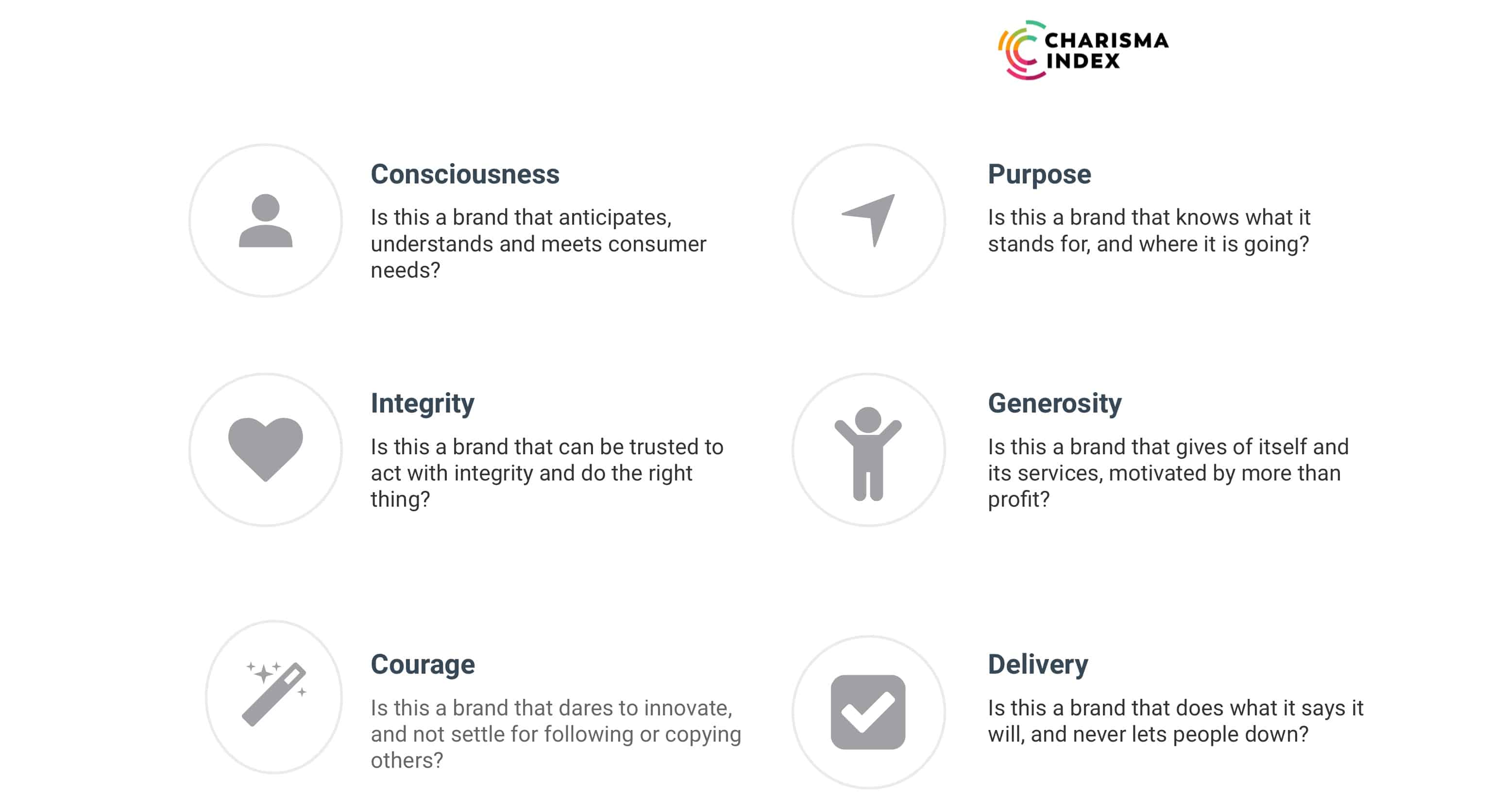 Don’t forget the grain of salt

Surveys are notoriously unreliable. There are plenty of ways to judge what the public thinks of Apple. It’s the most valuable company in the world in market capitalization, for example.

And Apple does very well on other surveys. On a recent call with investors, the company’s CFO Luca Maestri said, “The latest data from 451 Research indicates U.S. customer satisfaction ratings of 96 percent or higher across iPhone models.”

Perhaps even more telling is a recent study that showed that two-thirds of all Apple products ever released are still in use. Although the survey-takers say “The Charisma Index is a study of brand resilience,” clearly it would be hard for Apple to be more resilient than it already is.