IK Multimedia’s new iRig Keys is the single perfect accessory for an iOS musician. It combines everything you need into one box, but not in a Homer’s Car kind of way. It’s more like the iPhone itself, which managed to combine a computer with a camera with a mini touch-sensitive movie screen into something better than a mere collection of parts. 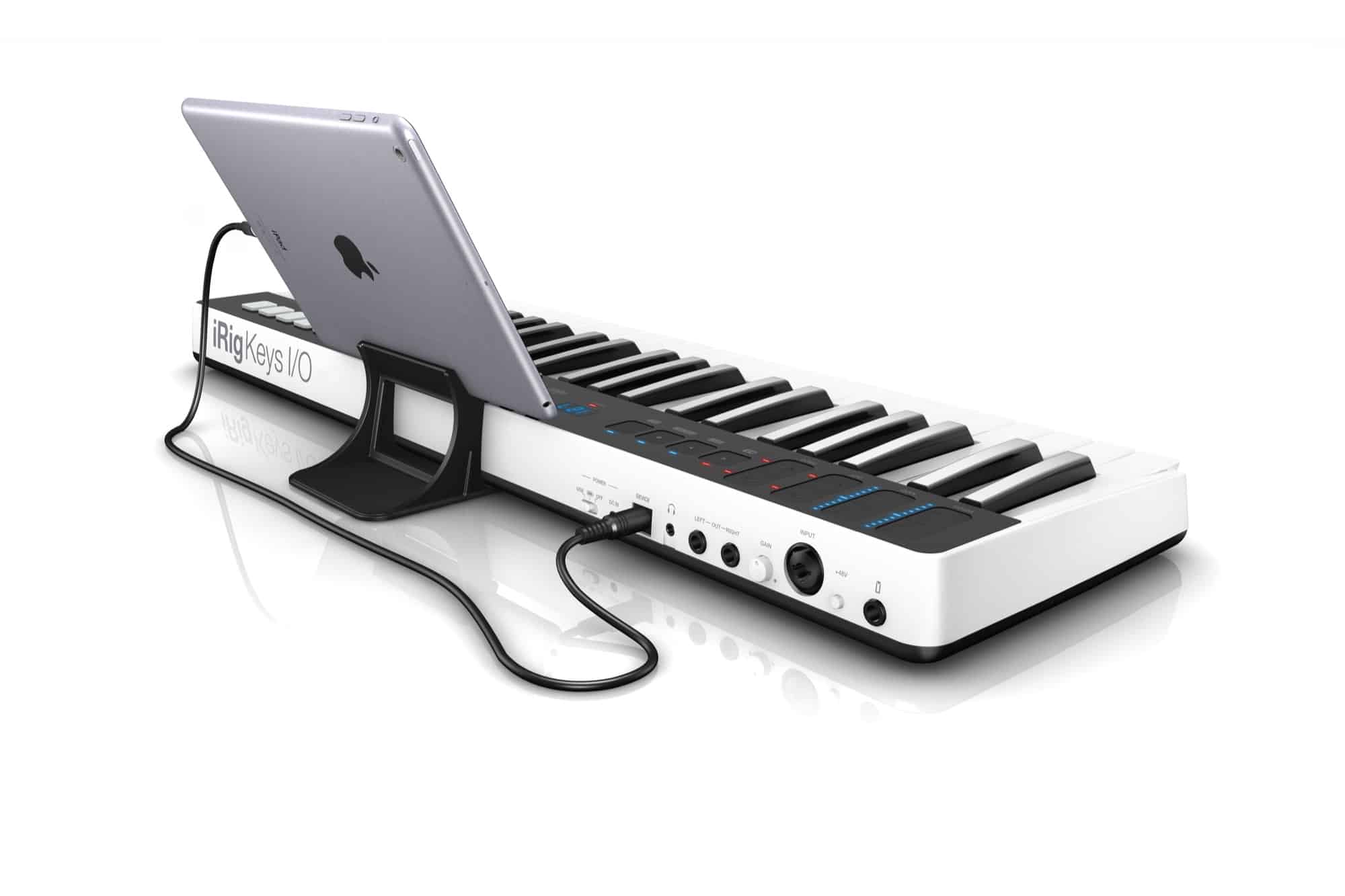 Mac, PC, or iOS, they all work great.

iRig Keys is a MIDI keyboard with extras. The keyboard part is nice, with full-sized velocity-sensitive keys, plus a set of hardware knobs, and pads, which can be used to control the software running on your iPad, iPhone, or Mac. Because it’s a MIDI keyboard, it makes no sound of its own. The idea is that you can control music apps with a proper keyboard instead of tapping a dead glass screen.

The hardware doesn’t end there, though. There are also ports for hooking up a guitar or microphone. This lets the iRig Keys act as a USB audio interface for getting sounds into your iPad or Mac. For the iMac, with its multiple USB ports, this isn’t so essential, but with a modern 1-port MacBook, or an iPhone or iPad, being able to plug all your music gear into one box, and connect that to your computer/table/phone with one Lighting or USB cable is a huge boon, convenience-wise.

An audio interface isn’t much good without outputs, and those are covered too — full-sized left and right output jacks can be hooked straight up to a pair of monitor speakers, and a minijack takes care of headphones.

What can it do?

How might you use this sweet piece of kit? Imagine you have it sat on your desk at home, with your monitor permanently plugged in, along with your guitar. Hook the cable up to your iPad and you can now play keyboard parts in any app, record the guitar into GarageBand, and playback the results. Or just use the setup as a way to play your guitar through those monitor speakers, using any iOS guitar-amp simulator app.

Then, you can throw the iRig Keys into a bag, and head over to the singer’s house to record a vocal part. The iRig Keys runs off batteries, or USB, or you can use a DC power adapter (which also charges the connected iOS device). Does your singer use a fancy microphone that requires phantom power? No problem. iRig Keys can supply it.

The iRig Keys achieves a great balance between simplicity and utility. Can you record a whole band? No, but the hybrid mic/guitar input lets you hook up and record any instrument you like, one at a time. Is it a full sized keyboard? You can choose. 25 keys for portability (and the keys that are there are easily good enough to get the job done) or 49 for the full experience.

There are some tradeoffs — you can’t hook up another MIDI device using this one as a hub, for example, but really, if you need more than the iRig Keys provides, you might already be set up with the more-advanced gear you need.