Wired earbuds still sound better than similarly priced wireless earbuds, plus they don’t usually require charging. But the wires are a big enough pain that going wireless is a one-way trip. Never again will you have to untangle your earbuds to listen to a podcast in bed. You won’t have to put up with rustling cables as you walk, or suffer having earbuds ripped out when the wire catches on your hand.

What to look for when choosing wireless earbuds

If you opt for wireless headphones, you’re probably sick of cables. But not all wireless headphones are actually wireless. Many forego a wired connection to your phone, but are themselves connected to each other by a wire. This carries audio signals between the two earbuds, and can also provide space for an inline remote, or a bigger battery.

The newest category is called “true wireless,” and includes Apple’s own earbuds. These can have reduced battery life (although not necessarily) and are often less capable when it comes to remote functions, as there is nowhere to put the buttons. But they are super-duper convenient, and comfortable. Once you get used to life without tangled headphone cords, it’s hard to got back.

There are two kinds of earbud. The kind with swappable silicone tips that plug up your ears, and cut out external sound. These let you listen with the volume set lower, which is good for your hearing, and they also sound better because background noise is reduced.

But sealed earbuds aren’t so good for doing sports, or for riding a bike because they reduce your situational awareness.

The other kind, like Apple’s AirPods, kind of hang out in your ears, literally. They hang there, and sometimes feel like they may fall out. This feeling can be worse with wireless earbuds because they seem less secure thanks to the lack of a tether. These more open earbuds are better if you need to be aware of your surroundings.

Charging is done either by plugging in (the Beats X have a lightning port on the side), or by using a charging case, like AirPods, or the Erato Apollo 7. The case inductively charges the ‘buds while they’re parked inside, so they’re always ready to go. It’s a great feature, and solves not only the charging problem, but also stops the earbuds getting lost.

Remote functions are essential if you don’t want to be diving into your pocket to use the iPhone’s controls every five minutes. Apple’s AirPods use tap gestures to skip and play/pause, whereas other models use buttons on the earpieces, or on the connecting wire.

If you’re planning to use your new headphones with an iPhone or iPad, or maybe even an Apple Watch, then you should get the Apple AirPods. They’re not cheap, but they are one of Apple’s best new products in years. You might even argue that they change how you listen to music in the biggest way since the iPod.

From the setup to to everyday use, the AirPods exemplify the “just works” tag. To pair them you open the plastic charging case. To use them, you do the same, and whichever device you’re currently using will connect. Thanks to Apple’s W1 chip, the AirPods have a psychic connection with your devices, including the lack of any setup — once paired (by opening the case, as I mentioned), they are paired with any of the devices connected to your Apple ID. That means you can switch between devices seamlessly.

Sound-wise, the AirPods are at least as good as the wired EarPods, especially if you can manage to get a good seal in your ear. But the best part might be the controls. You can double-tap the left or right Pod to access a customizable shortcut (skip forward/back; play/pause;Siri), but you can also just take out one AirPod to pause the music. If you remove both, then audio is cut, and routed back to your iPhone’s speaker (so alerts don’t disappear).

If you put one Pod back in the charging case and close it, then the remaining AirPod switches to a summed mono mode — instead of playing just the left or right channel of the stereo pair, it plays both. Great for one-eared listening to audiobooks or podcasts.

Then there’s the charging case, which is also a convenient, pocket-sized storage case. This is a fantastic feature, and so obvious it should be adopted by all true-wireless earbud makers.

The only downside of the AirPods is fit. If regular EarPods don’t fit your ears, then these won’t either. However, because there is no cable yanking them out of your ears, you can jam the AirPods in, then twist them up and out, and they may stay put. This works for me. It means they stick out and look super dorky, but they stay sealed well enough to cut out traffic noise, and they don’t shake loose.

Erato’s Apollo 7 is the best-sounding wireless earbud in our selection. It is also one of the priciest, but if you want a great sound in a true-wireless earbud, then these are the ones to buy.

One notable feature is that the Apollo 7s user a silicone tip, so you can really jam them into your canals until you gag, ensuring a secure fit, and sealing out outside noise. This also allows you to hear the superior audio quality when out and about. Remote control is done via buttons, including a volume control, which the Apple AirPods don’t have. If you’re really. into music and walking outside, then, and you hate wires, these are the earbuds for you.

Amazing wireless headphones on a budget 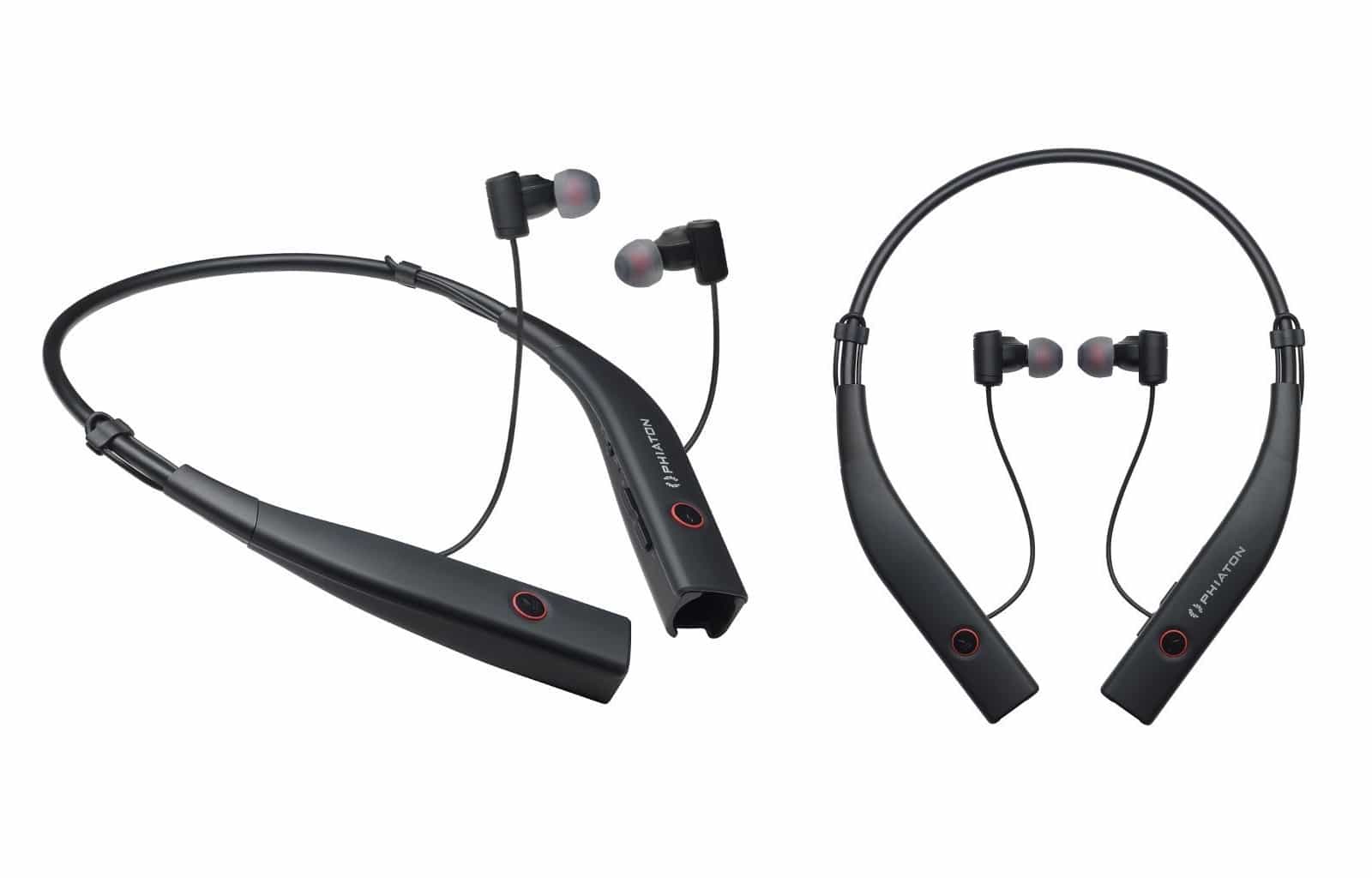 They’re a little dorky — you may look like a call-center employee when wearing them — but the headset gets you wireless at less than half the price of Apple’s Earbuds. They get up top 12 hours battery life (and they work while charging), and offer clear sound quality when making calls. They can also be used with a wire in emergency situations, or on a plane where Bluetooth isn’t allowed. There should be some irony though, if you hooked these up to a jackless iPhone via a dongle and a cable. 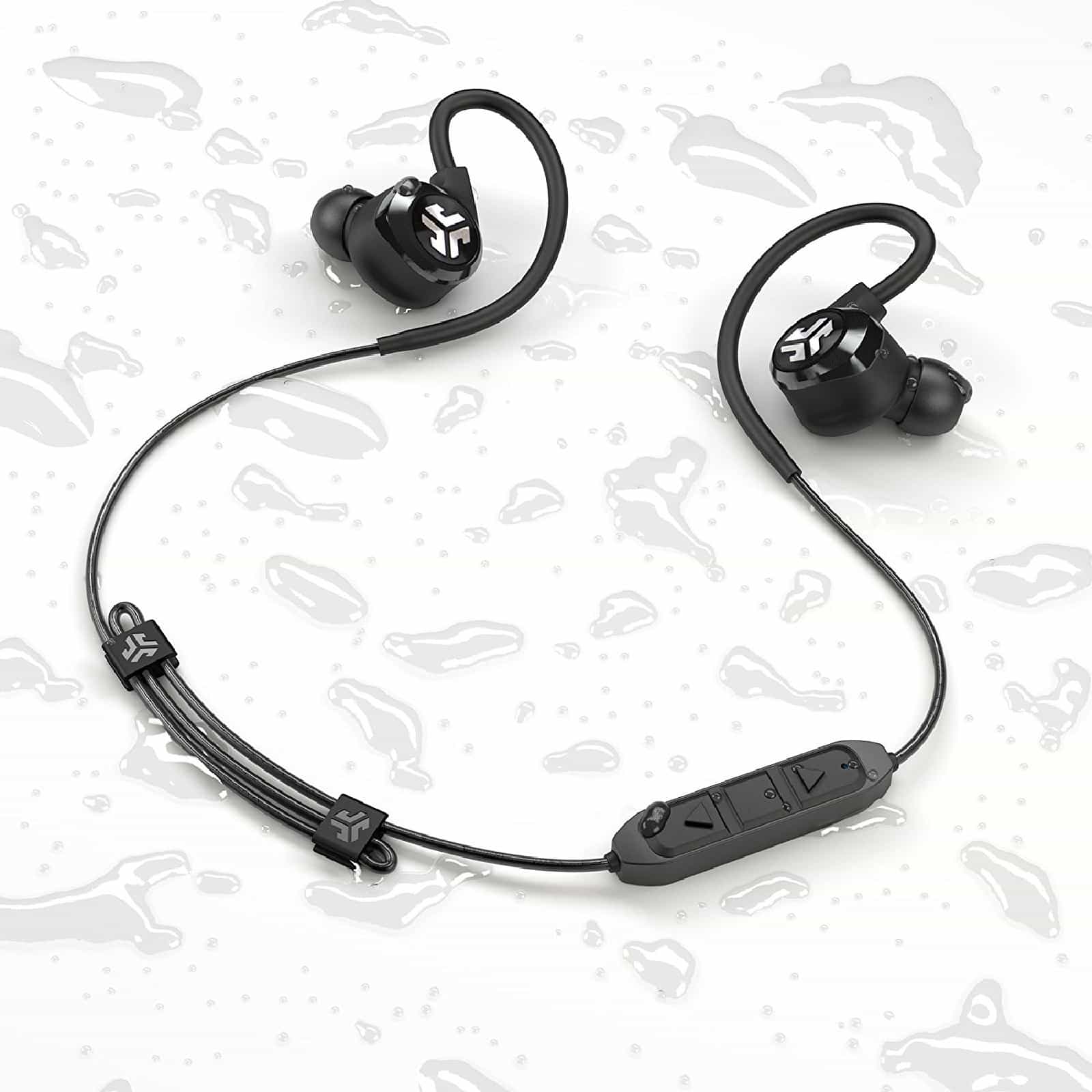 For sports, the best choice is the JLab Audio Epic 2, a wired wireless headset which sounds great, and stays put even when you’re working out hard. 12 hours of battery life is long enough for a few marathons, and they’re waterproof enough even for heavy sweaters. In fact, Wirecutter tested the Epics by taking a shower with them, and even opened up the charging port and poured in water, with few long-term effects. Call quality isn’t as good on these, because the microphone is at the back of your head, as far from your mouth as it could get.

Beats are the only brands other than Apple that can use the W1 wireless chip, which means that if you use them with an iPhone, you get the super-easy pairing, the great, long-distance wireless connection, and the ability to charge with your iPhone’s Lightning cable. The remote is the familiar three-function in-line kind found on most wired earbuds, and the battery life is just eight hours.

Sound-wise, Beats X sound like other beats headphones, with boosted bass and treble. This is great for hip hop, because that’s where all the music is — high and low, with a big gap in the middle for vocals. The lack of balance doesn’t work with all kinds of music, though, so bear that in mind. The Beats X are also — like all other Beats cans — expensive for what you get.