The debut of Apple’s first original TV series, Planet of the Apps is getting off to a rocky start. Early reviews have been profoundly negative and the show’s ad campaign certainly isn’t winning over any new fans.

Apple’s Twitter account for Planet of the Apps sent out a new ad today that caused an uproar among fans who slammed it for being anti-family and promoting workaholism. The ad features one of the show’s app developers bragging about how he rarely sees his kids. It was quickly pulled but not before someone snapped a screenshot.

Take a look at the tone-deaf ad: 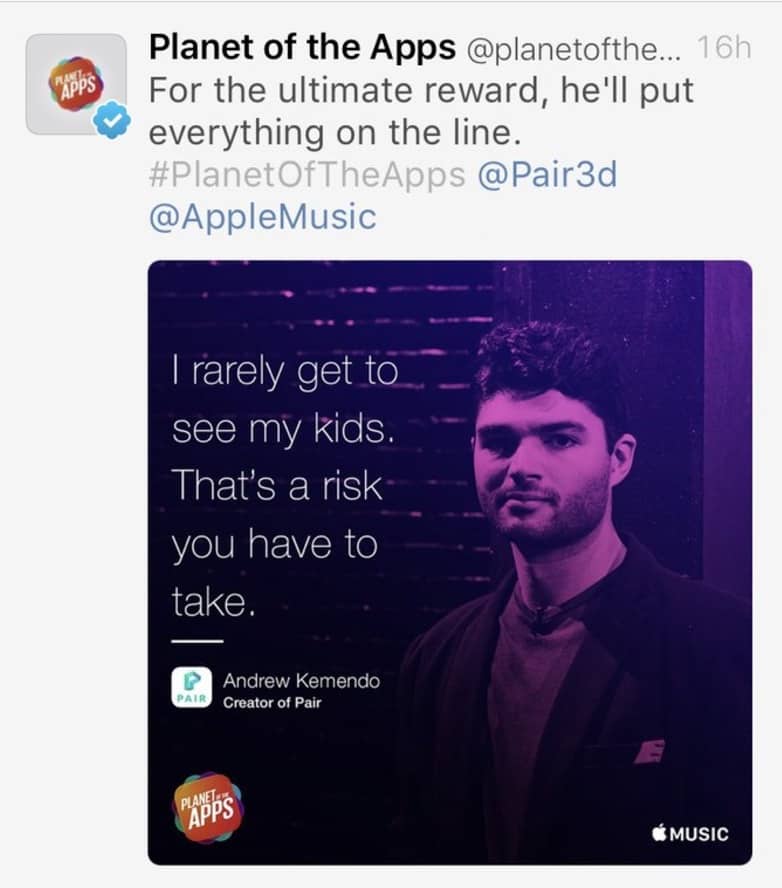 Twitter users quickly grabbed the ad and came up with new memes that are even more disturbing than Apple’s original work.

Wow these Planet of the Apps ads really are disturbing pic.twitter.com/HWi0TtQo7R

Planet of the Apps is similar to the popular ABC show Shark Tank. Budding developers are given a chance to pitch their apps to a panel of “business experts” that includes Will.i.am, Jessica Alba, Gwyneth Paltrow and Gary Vaynerchuk.

Episode 1 focused on two apps: a safety-oriented, location-tracking app and an augmented reality platform. While the developers behind the apps are interesting, the show’s panel of celebrities holds it back. New episodes of the show air exclusively on Apple Music.