AirPods are the most beloved product Apple has launched in years, based on a new survey that found an astonishing percentage of AirPod owners are extremely satisfied. 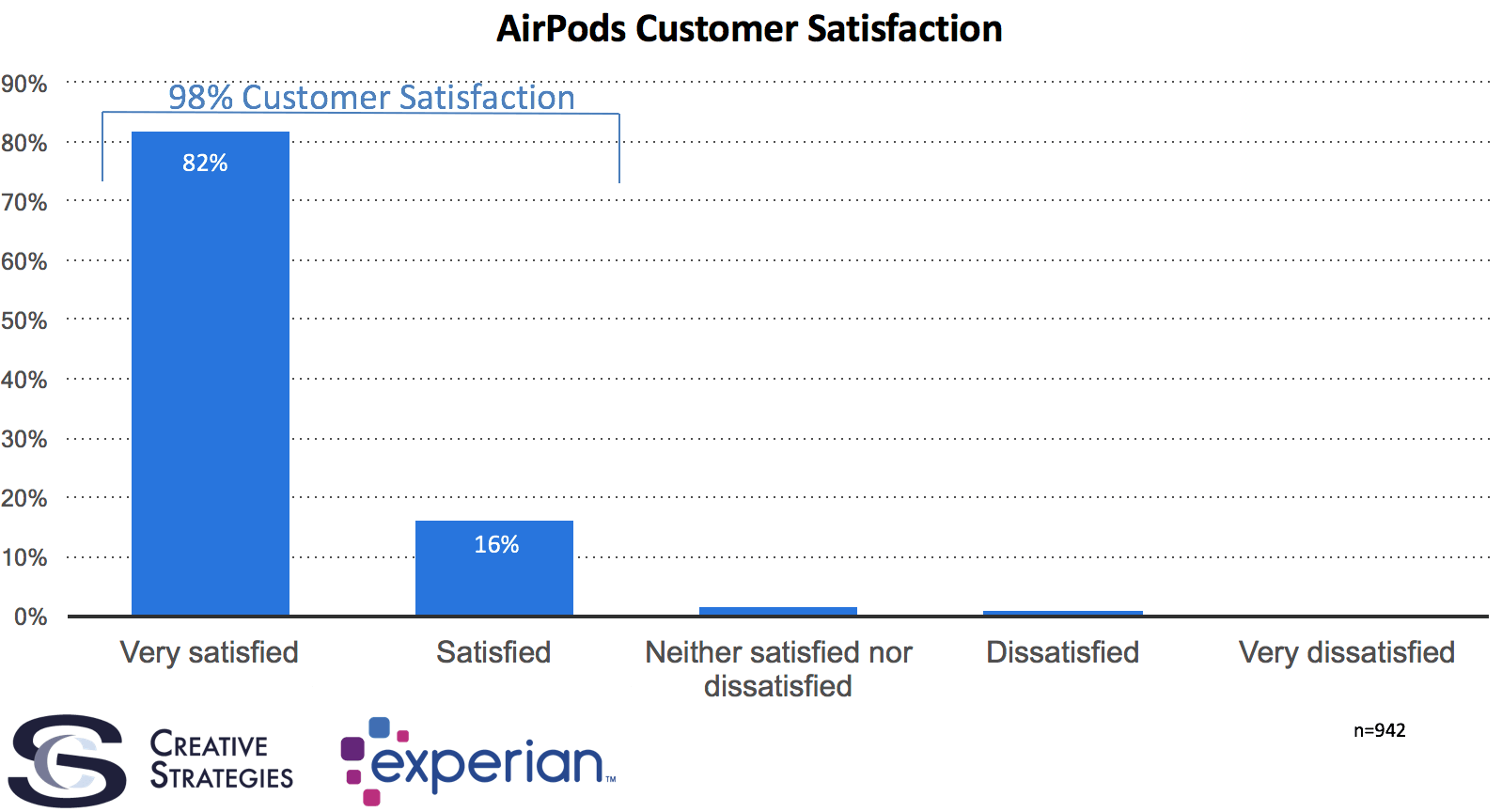 Apple launched the AirPods at the end of 2016 as a compliment to the iPhone 7, which lacks a headphone jack. The AirPods have been in short supply since launching. Current shipping estimates on the online Apple store are set to six weeks out.

AirPods owners also said they are extremely likely to recommend the product to friends and family. Survey respondents were asked to briefly explain their rankings — an analysis found that the most commonly used words were “magic,” “sound quality,” “convenient,” “love” and “battery life.”