For the first time ever, Microsoft has beaten the iPad in J.D. Power’s latest tablet satisfaction rankings that found the Surface has a higher number of younger customers than its competitors.

Apple has dominated J.D. Power’s rankings over the last few years, but according to the popular ranking service, Microsoft’s offerings were just a little bit better thanks to best-in-class design, productivity and accessory use.

The new Surface Pro tablets from Microsoft earned a top score of 855 out of a 1000, just barely beating Apple who came in second with 849 points. Samsung came in a close third with 847, while Aces, Asus, Amazon and LG all lagged in the back.

To grade the companies, J.D. Power surveyed 2,238 tablet owners who have had their device for less than a year. Tablets were grade on five categories: performance, ease of operation, features, styling and design, and cost.

“The Microsoft Surface platform has expanded what tablets can do, and it sets the bar for customer satisfaction,” said Jeff Conklin, JD Power’s VP of service industries. “These tablet devices are just as capable as many laptops, yet they can still function as standard tablets. This versatility is central to their appeal and success.”

Microsoft took the number one spot largely thanks to top rankings in style and design. It had the highest performance for tablets in terms of size, quality of materials used and attractiveness of design. 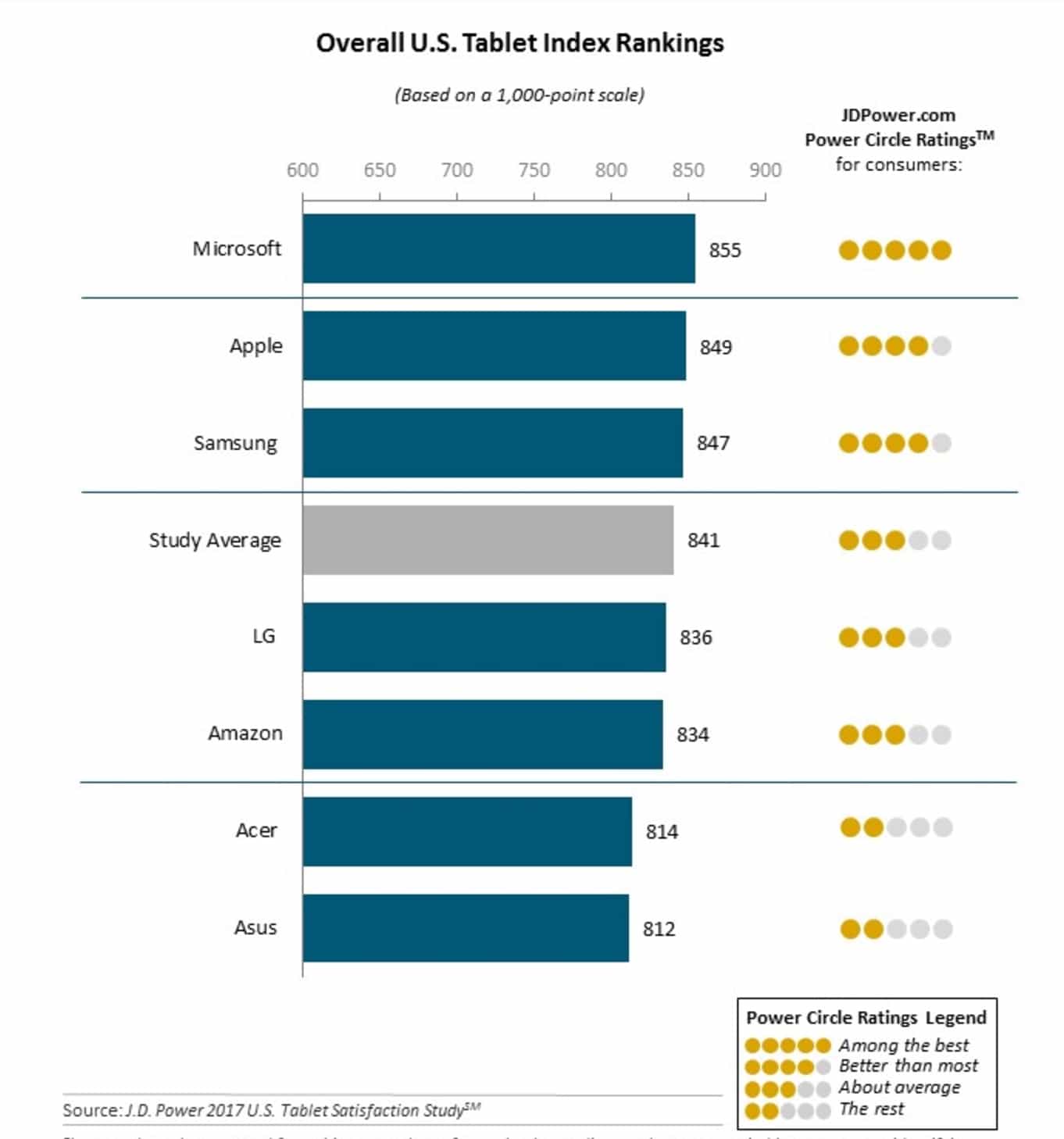