Owners of the new 2017 iPad may be able to cannibalize their old iPads to fix busted components, depending on what breaks on the new tablet.

After discovering that the new iPad is mostly just an updated original iPad Air, the repair gurus at iFixit decided to test whether old iPad parts are compatible with refreshed iPad. Surprisingly, a number of crucial parts from the iPad Air 1 and Air 2 like the digitizer, battery, rear camera and microphone all work perfectly fine.

Out of the eleven old components iFixit tested, seven worked well with the 2017 iPad. iFixit says other repair shops may have better or worse results, depending on your distributor.

The great news is that because most of the old iPad parts are so widely available, making repairs on the new iPad should be fairly cheap.

Here’s the full list of which old parts do and don’t work the new iPad: 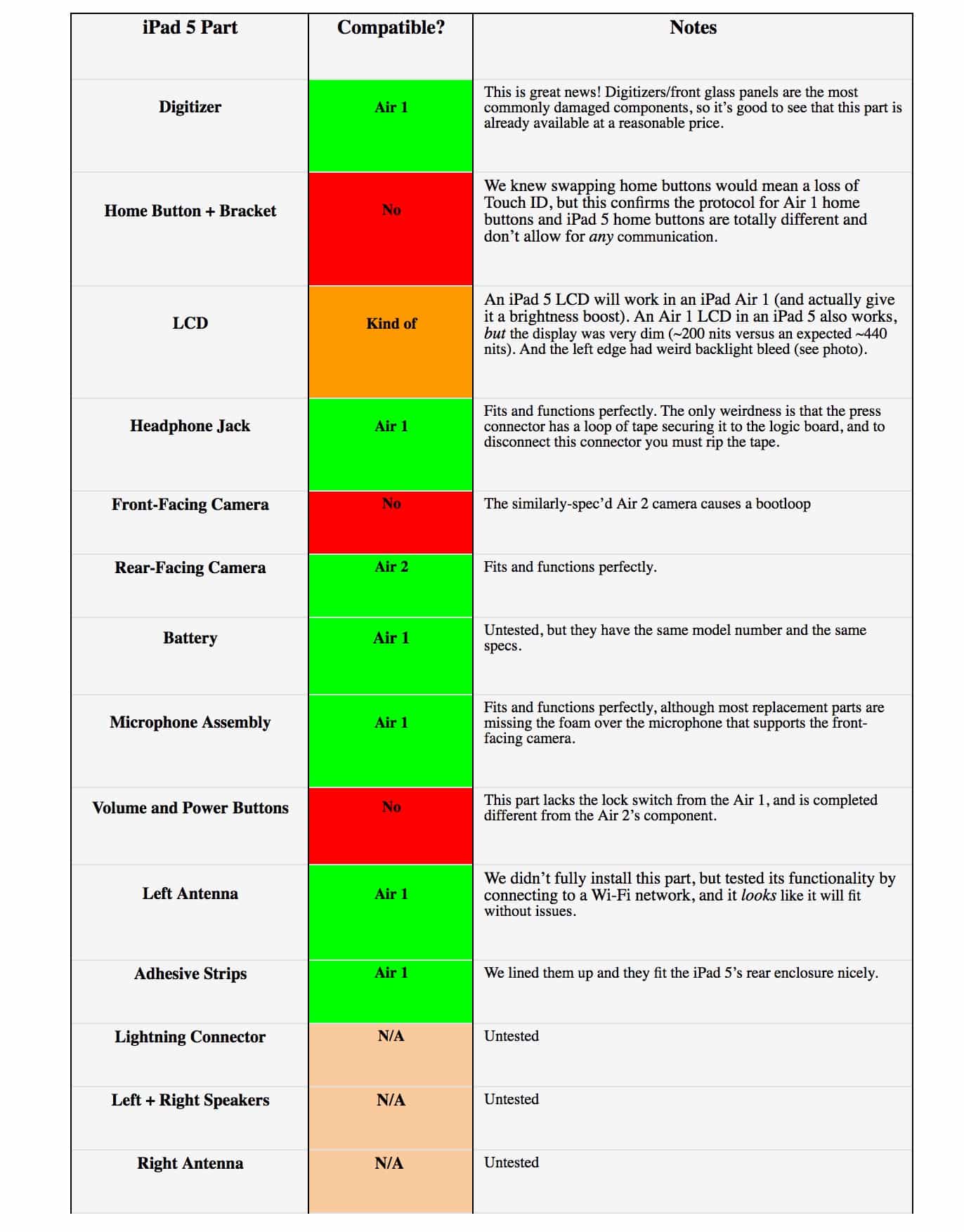