Apple is the most valuable publicly traded company in the world, but when it comes to CEO pay, Tim Cook is conspicuously absent on the latest list of top 200 paid CEOs in the US.

Based on a study ran by the New York Times, the average compensation among top executives in 2015 actually dropped 15% in 2015 down to a cool $19.3 million if you work at a company that brings in at least $1 billion in annual revenue. Cook has made much more than that in the past, but this year he didn’t even make cut. 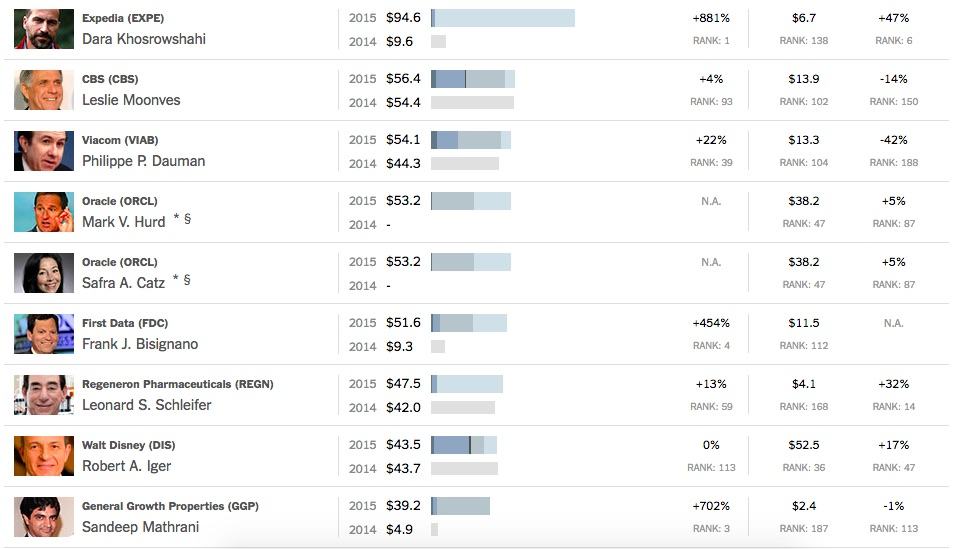 The study found that for the first time since 2011, no CEO was paid more the $100 million, with the highest pay package going to Expedia’s Dara Khosrowshahi who picked up $94.6 million last year. Leslie Moonves of CBS followed in second place even though he made nearly $40 million less.

Despite not making the list this year, Cook has had some pretty nice pay days during his tenure as Apple CEO. In 2012 he was the highest paid executive in the country, earning $94 million in his first year. He may not be paid as well every year, but he still manages to top CEO polls and Time’s 100 list.

The study only focused on CEO pay, but if it added other C title executives some of Apple’s top brass would certainly make the list. Angela Ahrendts was paid $73 million during her first year at Apple, while other executives like Eddy Cue, Jeff Williams, and Phil Schiller have earned more than $20 million in some years.