Starting in 2017, all of Apple’s keynotes will be held in an amazing new theater in the heart of the spaceship campus, but you don’t have to wait until next year to see what it will look like.

Apple has given curious minds an early look at the 120,000-square-foot subterranean auditorium it has dubbed ‘The Theatre’. Once completed the venue will have a capacity of 1,000 seats below what the company believes is the world’s largest freestanding carbon-fiber roof ever made. 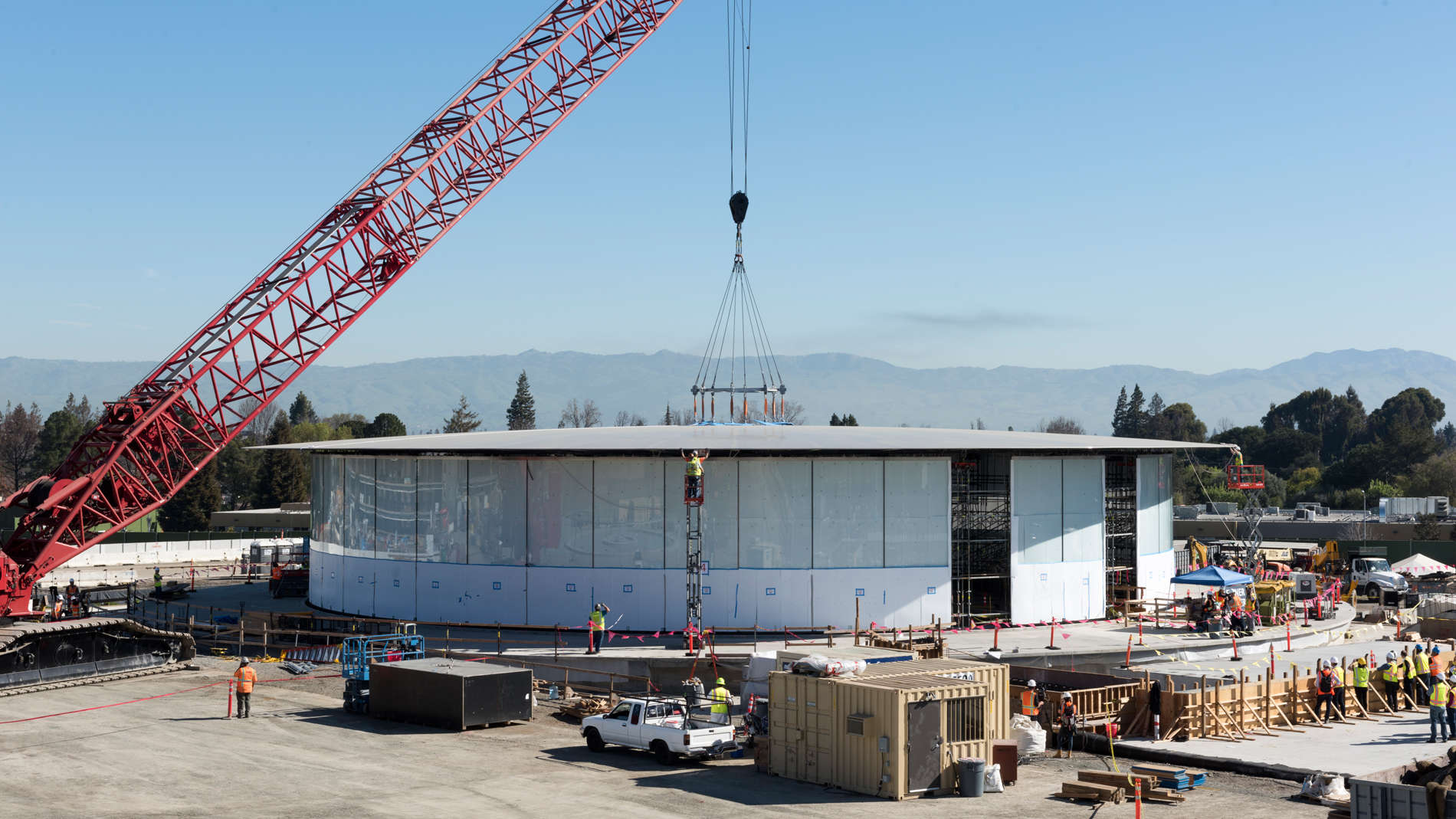 Apple told Mashable that the roof is made of 44 identical radial panels that connect to a small central hub in the middle. It weighs 80 tons, but was assembled and tested in Dubai first before being shipped to Cupertino.

Construction on the Theatre is nearly complete, however there’s still much work to be done on the main campus building. The installation of the world’s largest curved glass panels is still underway with more than 900 of the 3,000 pieces completed. Custom machines the company calls “manipulators” had to be invented just for the lifting and installation of the giant glass panes.

The entrance to Apple’s on-campus restaurant will also feature some stunning glass with two doors that will be four stories high and nearly the size of a basketball court. The new 60,000-square-foot restaurant will seat 2,800 employees, with space for another 1,200 outside. 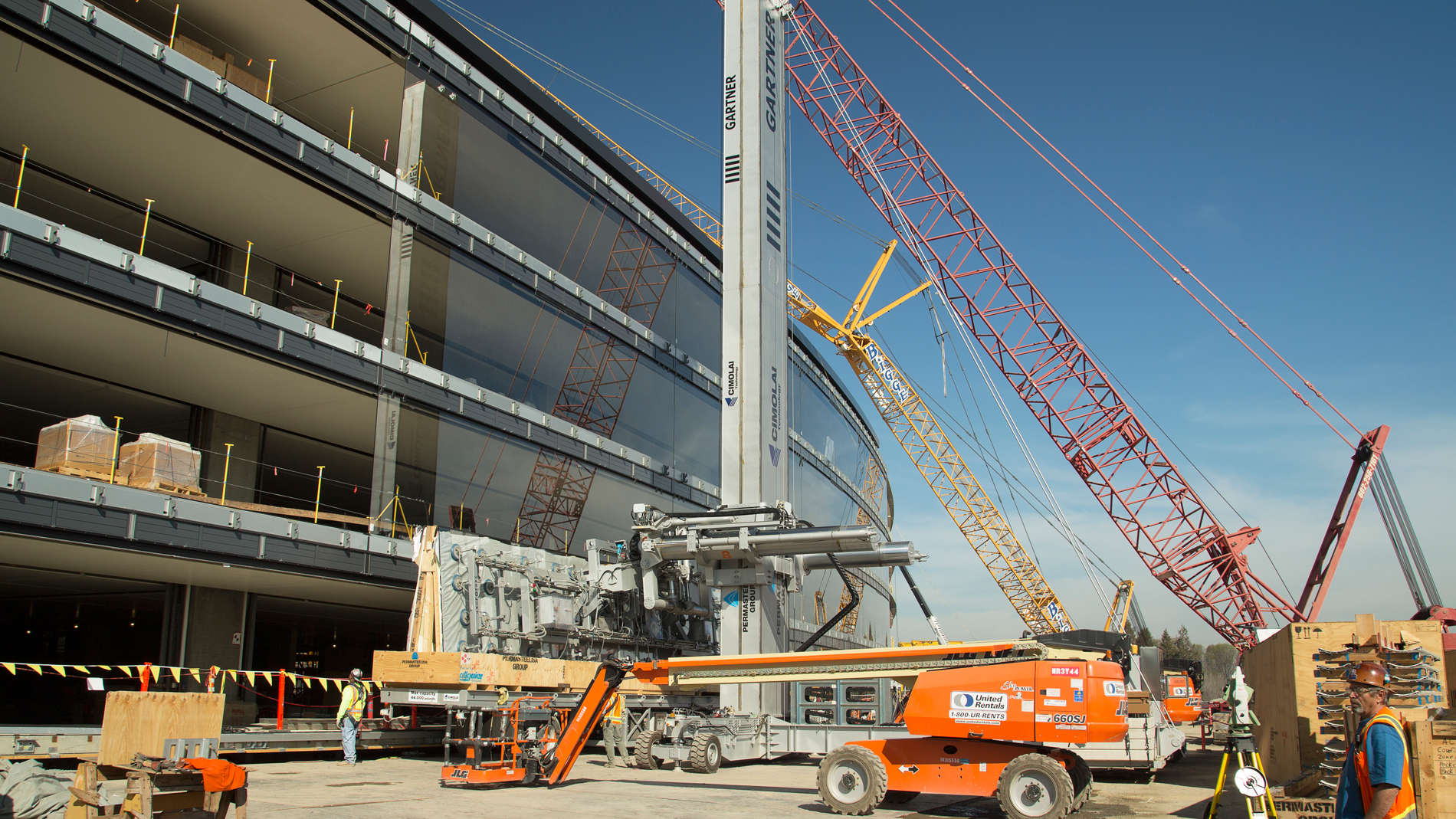