iPhone owners are holding onto their smartphone a little bit longer than Samsung owners, and that appears to be helping the South Korean company catch up with Apple’s huge lead in marketshare.

Apple is still the world’s top manufacturer, but a new survey of smartphone owners found that 33% of iPhone users still have a device that’s more than two years old, while only 30% of Samsung owners are still using a two-year old model. 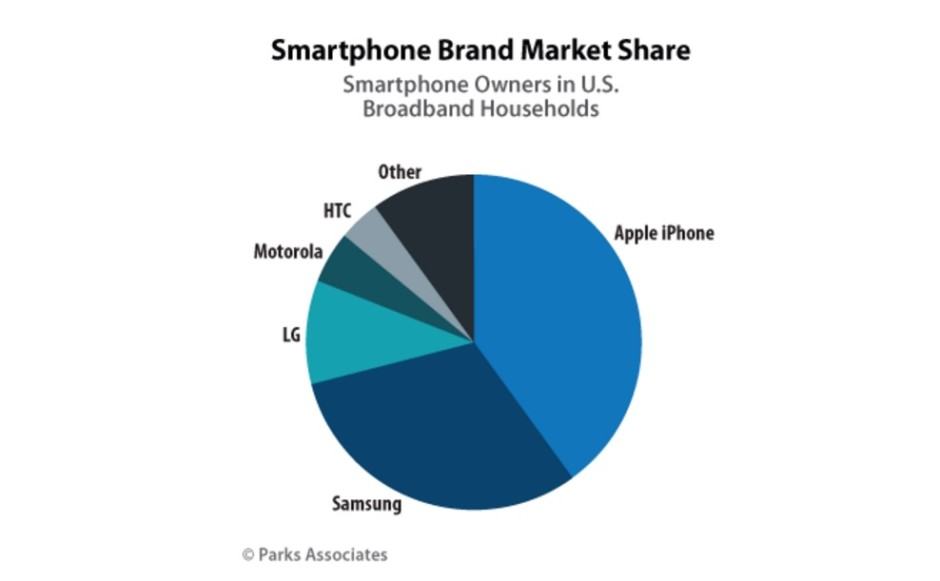 “Apple remains the dominant smartphone manufacturer in the U.S., but Samsung is catching up,” said Harry Wang of Parks Associates. “Apple controls 40% of the smartphone market, while Samsung has 31% and LG is the next closest rival with 10%

Apple has been trying to tap into an avalanche of iPhone upgrades with a bigger screens, but forty-five percent of all U.S. broadband households wait two years to upgrade their smartphone. That could be part of the reason why iPhone sales are projected to decline next quarter, combined with how saturated the biggest global markets have become.