Microsoft still has a long way to go before it takes down the iPad.

The iPad Pro absolutely dominated the Microsoft tablet lineup, selling more units than the Surface Pro 4 and Surface 3 combined, according to the latest estimates from IDC which revealed that the iPad Pro was the clear winner this season as the top selling detachable tablet.

“One of the biggest reasons why detachables are growing so fast is because end users are seeing those devices as PC replacements,” said IDC tablet research director Jean Philippe Bouchard. “We believe Apple sold just over two million iPad Pros while Microsoft sold around 1.6 million Surface devices, a majority of which were Surface Pro and not the more affordable Surface 3.” 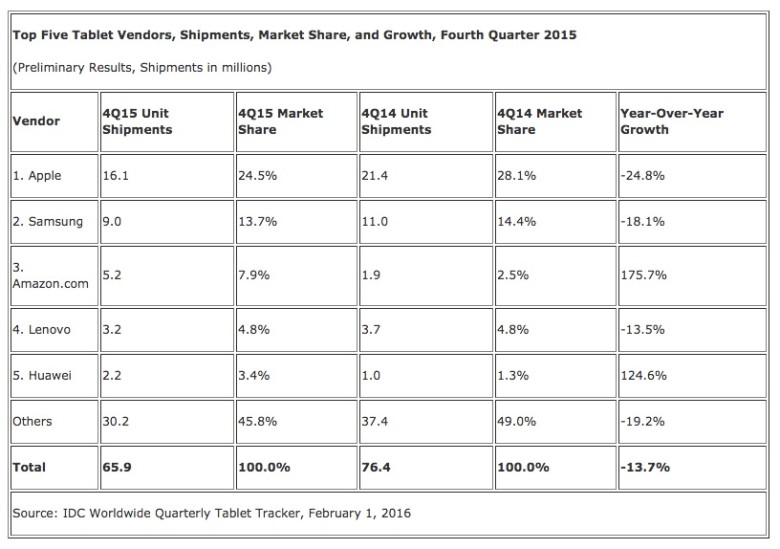 Despite the strong results from the iPad Pro and the detachables category, worldwide tablet sales declined again in the fourth quarter of 2015, dropping 13.7% to 65.9 million units shipped.

Apple iPad sales haven’t been very good lately, but none of its competitors are really killing it either. Samsung hasn’t gained much ground in tablet marketshare, holding on to its second place spot with 13.7% while Apple holds down the top spot with 24.5% of the market.