Understanding what your favorite rapper is saying is finally going to get a lot easer, if you’re a Spotify user.

Spotify revealed a new feature going out to users, starting today, that allows you to look a song’s lyrics, as well as the meaning behind them. Songs will be compiled into a weekly ‘Behind the Lyris’ playlist that utilizes Genius’ collection of rhyme translations.

We tested the feature on 2 Chainz’s new track ‘Watch out.’ Here’s what it was like: 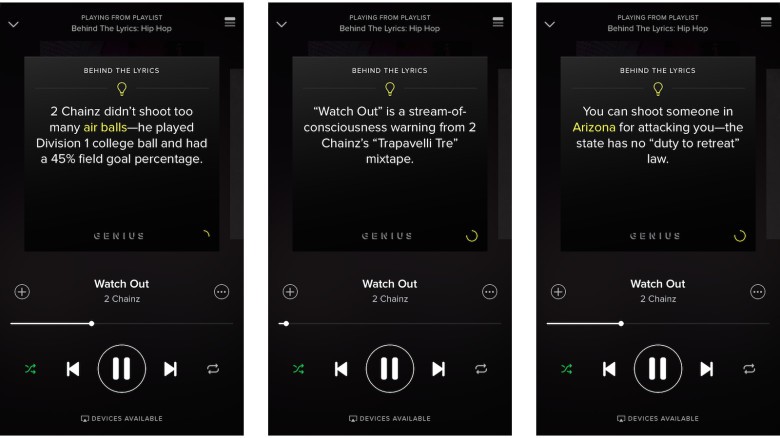 The first Behind the Lyrics playlist focuses solely on hip-hop, with tracks from Pusha T, J. Cole, Drake, Rick Ross, Wiz Khalifa, TI, Diplo, Future and many others.

Behind the Lyrics songs display a mixture of lyrics, their meaning, and trivial facts about the artists who contributed to the song. A second playlist that dives deep into top hits will be available soon. For now the feature is only available on iPhone with no details yet on when Android might come aboard.