LAS VEGAS — CES is the tech world equivalent of an all-you-can-eat dim sum buffet. Your eyes boggle at all the tantalizing-looking options, but you’re never really sure what you’re about to sink your teeth into.

Sometimes an exhibitor at this sprawling electronics show serves up the tech equivalent of a delicious shrimp dumpling. Other times you end up politely nodding and searching for the nearest napkin.

In today’s Cult of Mac CES 2016 roundup, we’ve got hoverboards, a game console for dogs, robots and other exotic offerings on the menu.

She’s holding a drone that was printed — electronics and all — on her company’s machine. The 3-D printer puts down lines of conductive silver ink at the same time as more traditional plastic. That means it can print functional objects: The drone will fly off the print bed after motors, battery and props are attached.

“It really takes 3-D beyond form and integrates function,” Lewis said here at CES. “You can make objects that work right off the printer.”

“It’s a big deal,” he said on the show floor. “It’s much more useful than standard 3-D printers.”

The Voxel8 printer is available as a $9,000 developer’s kit and it’s not intended for home use. The company is hoping to sell the printers, and much larger machines with more complex print heads, to other manufacturers. It’s well-suited to applications like the internet of things, where electronics are going to be incorporated into all kinds of unusual objects. — Leander Kahney

CleverPet: a game console for canines

Your dog is hungry — for knowledge. CleverPet, a new game console for canines, uses multicolored LED lights to teach dogs (even old ones) new tricks through a series of “brain puzzles.” Like popular ’70s electronic game Simon, the CleverPet flashes lights in increasingly complicated sequences. If your dog taps the appropriate light, it gets rewarded with a snack.

Dreamed up by CleverPet’s Clever Product Officer Philip Meier and his cognitive neuroscience colleagues — who have Ph.D.s and a collective 30 years’ experience studying rats, monkeys and other animals — the plastic device lets pooches play several different games, including some that incorporate voice commands from a hidden speaker. It’s a smarter way to feed your dog (while also keeping your pet from getting bored while you’re away). However, like most educational experiences these days, it costs a pretty penny: You can preorder a CleverPet this week for $269 (that’s $30 off retail). — Lewis Wallace

Razor’s Hovertrax is the *only* official hoverboard 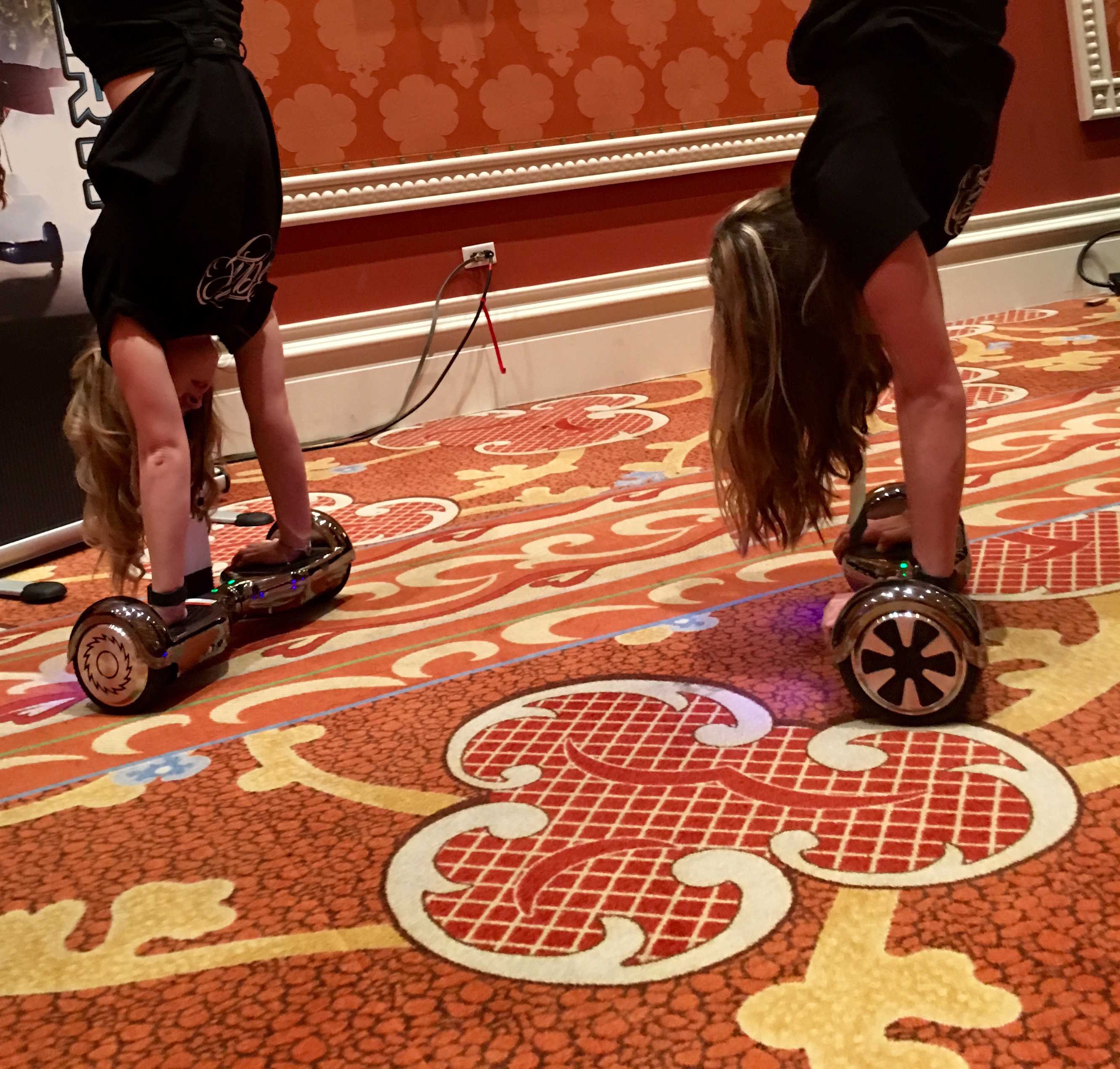 There’s only one true hoverboard, according to Razor, the company famous for its folding scooters. And that’s Razor’s own Shane Chen of Inventist, a serial inventor based in Camas, Washington, who’s behind the Solo Wheel and many more.

Razor’s Hovertrax is the only one carried by Amazon, which pulled sales after reports of fires. They’re also banned by most airlines and shipping companies.

Unlike cheap knockoffs made from shoddy parts, Razor claims its boards are sourced from quality suppliers like Samsung and assembled properly. The Hovertrax is available in two models — the basic is $599; a DLX model sports LED lights and a nifty chrome finish for $699. — Leander Kahney

Mid-century furniture receives a modern twist with Krush’s cool FlipClock, which gives new life to retro flip-dots from airport and sports stadium signage by combining them with a stylish and smart box. It’s one of the coolest clocks you’ve ever seen.

The clever clock is controlled by electrical signals that cause the magnetized dots to act as pixels on a screen to display the time. The box has an accelerometer on the inside that detects the clock’s orientation and displays the time right-side up. It also comes with an iOS app that allows you to customize everything from the clock face to the typography, and switch the color scheme from a black background to white. Each clock is hand-assembled, but with a $1,200 price tag, you might want to just try and make your own. — Buster Hein

This flower robot moves your plants out of the shade 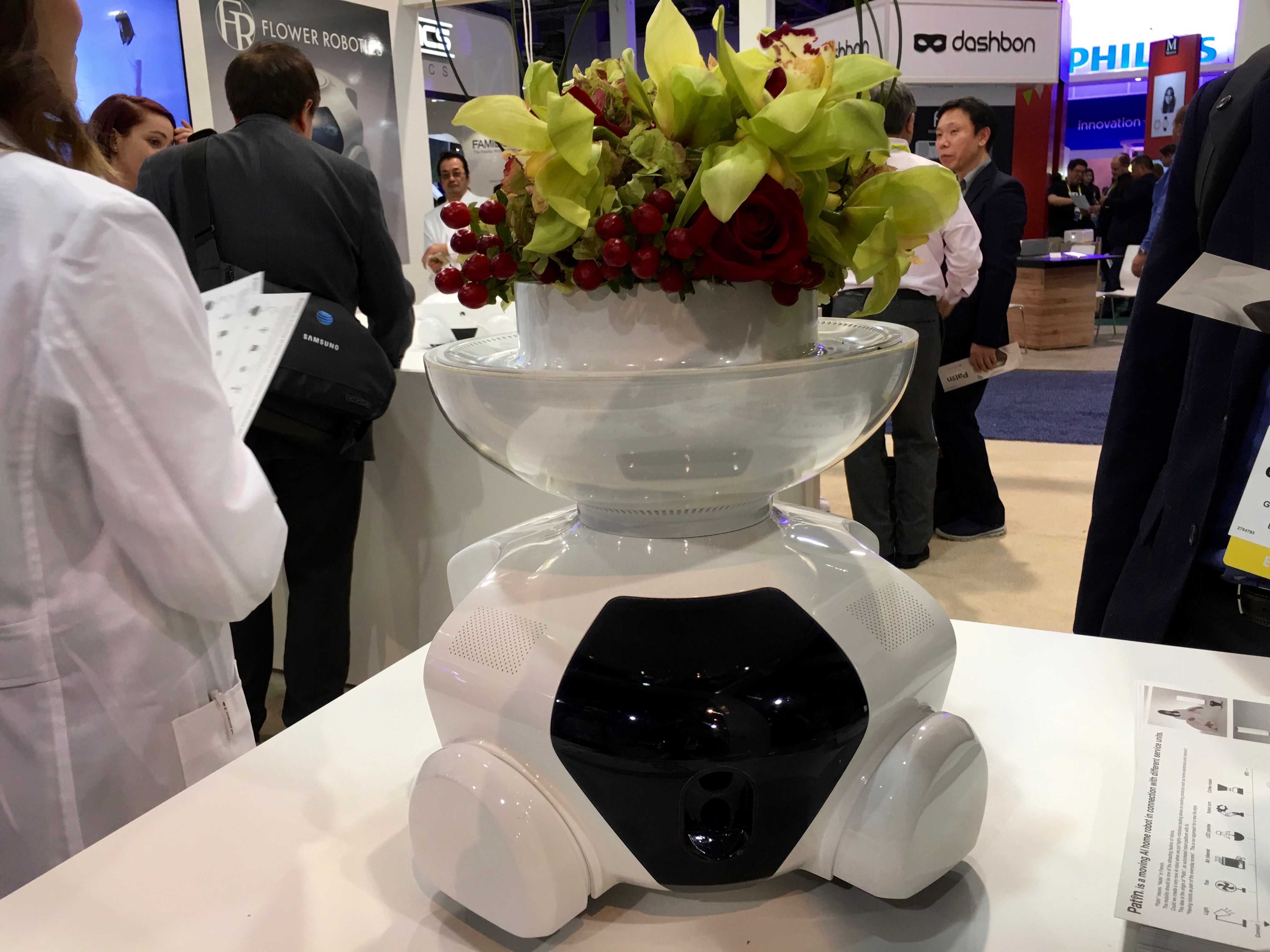 Envisioned as a kind of companion and helper, the Patin robot will bring you a flower pot if you’re feeling blue. It’ll also move the plant around the house all day for maximum sunlight exposure.

Patin is a conceptual robot from Flower Robotics, a Tokyo design studio. It’s one of several robot helper/companion projects for Japan’s aging society.

Patin is designed as a modular system. Its mobile base can be home to several attachments that sit on top, from a plant pot to a robot arm, coffeemaker, light or fan. That way household objects like lamps or plants can suddenly come to life and move around the house. It might bring you a lamp, for example, if you’re reading on the couch.

The robot sits on casters that allow it to skate (Patin is French for “skate”), and has several cameras and sensors. It can navigate itself, avoiding people and objects. The company has an SDK and hopes others will develop attachments for the platform. But it’s going to need more compelling applications if it’s going to take off. — Leander Kahney

Can the Keurig Kold win over lovers of cocktails and sodas they way it did coffee junkies? The chunky new countertop gadget uses Pods, which will be familiar to current Keurig users, to pump out single-serving soft drinks and cocktail mixers, some of which are carbonated by Karbonator beads that mean you’ll always get an appropriately bubbly beverage. Just pop in a Pod, press a button, and a perfectly chilled 8-ounce drink pours out in less than a minute.

The magic might be in the variety — Keurig is busily concocting its own craft soda blends as well as striking deals with major brands like Coca-Cola. A Dr Pepper sample tasted like it came fresh from an icy bottle. The Keurig Kold is available online and at big retail outlets in six cities for $369 list, and Pod four-packs cost between $4.49 and $5.49. That’s considerably pricier than buying cans or 2-liter bottles, but Keurig is convinced some people will pay for the convenience and the freshness factor, especially in workplaces and condos with tiny little pantries. — Lewis Wallace

Pico: the iTunes of beer 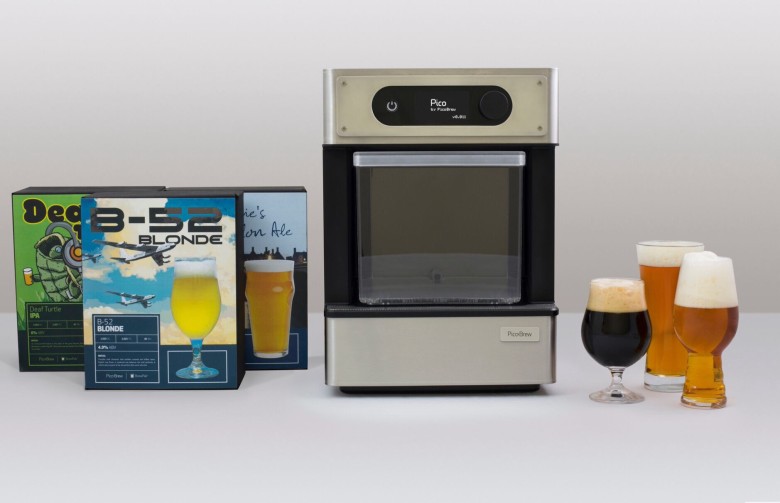 The craft-brewing revolution is headed to your kitchen with the new Pico, which allows beer enthusiasts to craft tasty brews at home.

Pico is kind of like a cross between a Keurig for beer and iTunes. Customers can go online to the BrewMarketplace and browse hundreds of beer packet recipes to brew at home. PicoPaks start around $15 and contain all the hops, yeast and other ingredients needed to make your favorite style of ale. Simply pop the packet into Pico, wait two hours for it to brew, then transfer it to a mini-keg and let it ferment for a few weeks (depending on the recipe).

Each batch produces 5 liters of beer, making it perfect for small parties, or you can go big by brewing a few batches a day, turning your home into a true microbrewery. Best of all, Pico allows you to adjust the ABV and IBU on each beer to whatever you like.

Pico also doubles as a sous-vide, so you can create gourmet meals to go with the fresh craft beer you’ve brewed. Pico costs just $599 if you pre-order now, but Pico Brew told us it’ll cost about $999 when it becomes available later this year. — Buster Hein