Jen Folse used the Apple stage Wednesday to tell the world about Apple TV. She used her nails to express her loyalty to the company.

If you got close enough to Apple’s lone female staffer to present at the company’s fall product event Wednesday, you could see the wavy lines of blue, pink, red, yellow and white on her nails painted to look like Siri’s Apple Watch interface. Those same colors were also used in official promotions of the fall showcase. 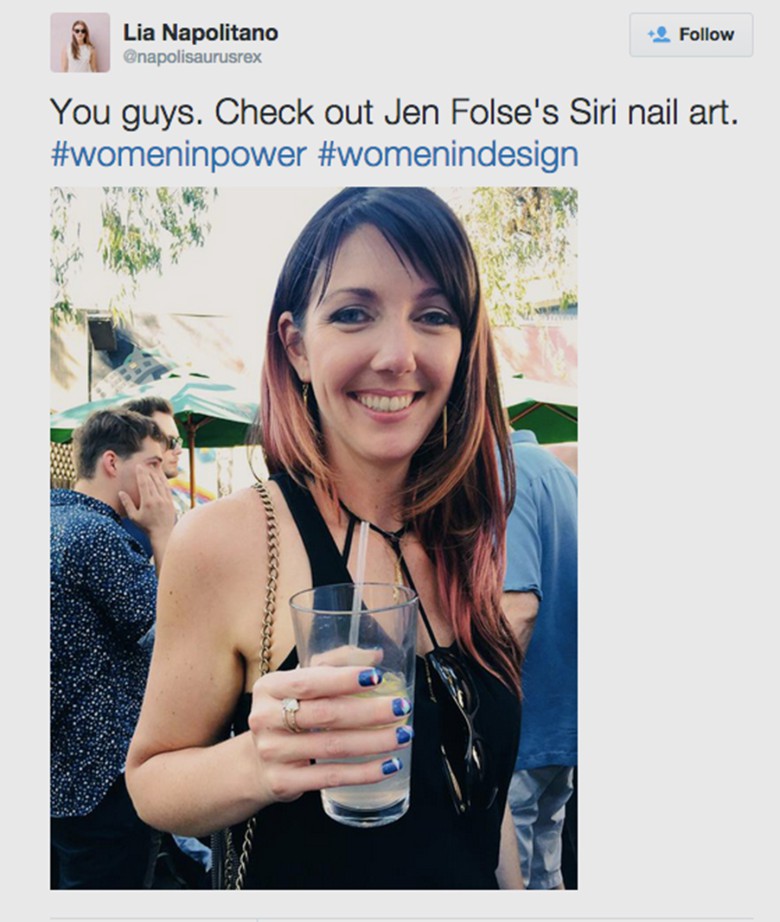 For a couple of weeks, it was an image that was everywhere, with the words “Siri, give us a hint,” used to promote the event and feed into Apple fans’ giddy excitement and anticipation for new products.

Attendees in the first couple of rows at the Bill Graham Auditorium may have been able to spot Folse’s spirited intentions with her polish. It became more noticeable to Apple fans in a photo of her taken by a former-colleague at an after-event that made the rounds on Twitter.  (The photo was snapped by Lia Napolitano, former Design Lead for Siri on Apple TV, who left Apple two months ago). 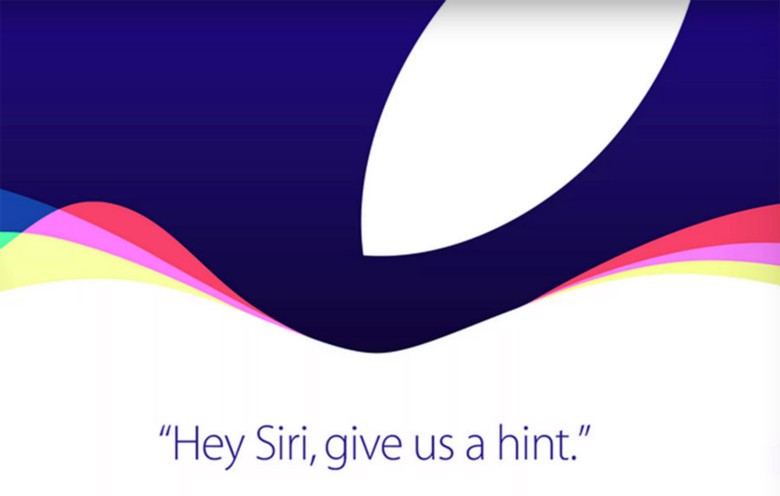 Folse was one of three women to make presentations Wednesday and the lone female Apple executive. Apple is often criticized for its lack of diversity at these conferences and the lack of women on stage is said to mirror the wider technology culture.

Gizmodo compiled a list of all of Apple’s female presenters through the years and counted 11, including Folse.

Folse played a crucial role Wednesday in getting developers and technologist enthused about Apple TV, which has been slow to develop. During her presentation, she showed off its beefed up features, which includes the ability to understand complex voice commands via Siri. She also demoed Apple Music, and admitted to being a metal head. In demonstrating the music feature on Apple TV, she used the moment to promote her favorite band, Sevendust.

Folse is a bit of a rising rock star on the Apple team since arriving in Cupertino in 2010.

The 2005 graduate of the University of California, San Diego, joined Apple as the lead producer of iTunes Provider Services in 2010. Two years later, she was promoted to senior design producer.

Prior to joining Apple, she was an automation engineer for Genentech and then a senior quality engineer at Finesse Solutions.