On Windows, when you’ve finished using a particular piece of software, you close it with the X symbol in the top right corner of the application window.

Many switchers assume that the window close control in the top left of an OS X application window does the same job: but that’s not quite true.

Why does it work this way? Because Mac apps have a history of being document-oriented. In other words, you might have many different documents open at once, and closing one of them wouldn’t mean you wanted to close them all. Things have changed a little in recent years, and today there are a lot of apps on OS X that keep multiple documents in tabs, rather than each in its own window. But the default behavior remains much the same.

Well, most of the time.

On OS X, to close the application completely, you need to explicitly tell it to Quit. You can either do that from the Menu Bar: 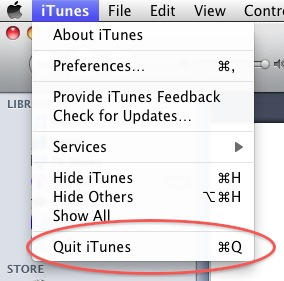 Or you can just remember the most basic keyboard shortcut of them all: Command+Q. Hit this, and the app you’re using will Quit. If you have any unsaved work it will ask you what to do – whether you want to save that data or discard it.

To sum up, then: using the window close control just closes the window. If you want to quit the app, hit Command+Q.

Addendum: some people argue that with today’s incredibly powerful and fast computers, there’s no real need to Quit anything in most circumstances. You can, in theory, leave your most-used applications running pretty much all the time. This is sort of true, but to keep things tidy and to keep your computer running at its fastest and most efficient, I’d recommend quitting the apps you’re not using.

(You’re reading the third post in our series, 100 Essential Mac Tips And Tricks For Windows Switchers. Find out more.)