Apple Watch apps have been ridiculously slow ever since Jony Ive’s timepiece started slapping itself onto wrists in April, but that could change by this fall thanks to the introduction of watchOS 2.0.

The next generation of Apple Watch’s software and apps was unveiled today at WWDC in San Francisco by Apple VP Kevin Lynch, who showed off a number of new features that probably should have been included on the device at launch. As we predicted, third-party apps will finally be able to run natively on the Apple Watch and there are a bunch of smaller improvements coming to the timepiece as well.

Here’s everything you need to know about watchOS 2.0.

Developers already created thousands of apps for the Apple Watch, and with the update for WatchKit, they’ll now have access to all of the hardware and sensors on the tiny device. Apps will now be able to use the Digital Crown with their own customized UI so users can scroll through menus and zoom in and out quickly.

Taptic Engine support is being opened to third-parties to give more feedback to users. Apple’s also opening up access to the heart rate sensor, accelerometer and microphone. New APIs have been added so you can watch short videos from places like Vine, and apps can now play audio through the Apple Watch speaker.

Third-Party Complications are also coming in watchOS, allowing developers to show quick bits of info on the Apple Watch clock face through the ClockKit framework.

Not satisfied with the beautiful jellyfish, flowers and butterfly watch faces? Starting this fall, you’ll be able to customize the Apple Watch clock by adding your own photo. You can even select an entire album so every time you raise your wrist you get a new pic.

Apple didn’t add any new traditional clock faces, but new Time-Lapse watch faces will show iconic locations in New York City, London and Shanghai. Depending on what time of day it is, your watch face will now display a time-lapse video of beautiful locales when Time-lapse is turned on.

No, you can’t literally jump backward in time and undo you most recent screwup, but you can use the Apple Watch’s Digital Crown to see what your schedule was like three days. You can also scroll forward in time to check your calendar or get weather forecasts and other information from third-party apps.

FaceTime audio calling is coming to your wrist when watchOS 2.0 drops this fall, and you’ll be able to pick more than one color when sending Digital Touch sketches.

Apple’s also added the ability to quickly respond to emails using dictation or emoji. The contacts screen can now be divided up into multiple sets of friends. Now you can create one screen for work, another for family, and a third for homies, with each page able to hold 12 contacts.

Apple Watch could already do a limited number of things when separated from its iPhone, but with watchOS 2.0, even third-party apps will be able to update their info if you lose connection to your iPhone. The WatchConnectivity feature allows Apple Watch to communicate directly with known Wi-Fi hotspots using the Tetherless Wi-Fi feature in watchOS 2. WatchConnectivity also saves battery by transferring info for the iPhone app to use next time it’s launched, so file transfers between Apple Watch and iPhone will become seamless.

Apple Watch now doubles as a cute little bedside alarm clock. Activating Nightstand Mode displays the time and date on the side of Apple Watch, while the Digital Crown and side button are turned into snooze and off buttons for the alarm.

Merchant rewards and store-issued credit cards can now be uploaded to Apple Pay so you can get all the perks of shopping at your favorite places without having to bust out your wallet.

iOS 9 includes support for transit directions in Maps, and some of those features are being carried over to the watch. You can now get a detailed view of public transportation routes and schedules, plus get walking directions to the nearest stations — including the entrances and exits of buildings. 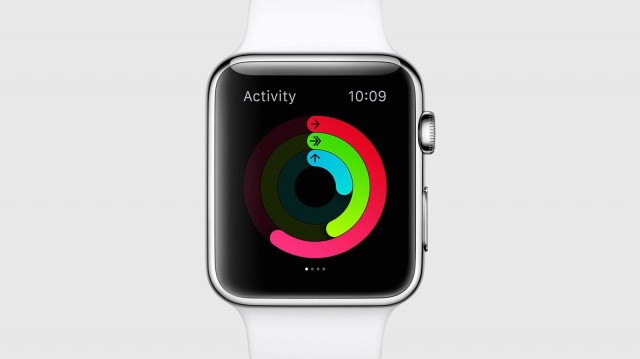 Anytime I want to record a run in Strava, I also have to open up the Exercise app on Apple Watch if I want to get credit for it in my Activity section. Starting in the fall, that will be a thing of the past, as workouts from third-party fitness apps will begin to contribute to your all-day Move and Exercise goals.

Not only can she understand you better, but Siri can now start a specific workout from the Exercise app without your assistance. The digital assistant can also launch Glances and reply to email for you.

Apple Watch is harder to steal