The App Store is a busy place, and it’s easy to miss an awesome new release, an update that makes an old app worthy of re-downloading, or a hidden gem you didn’t even know you even wanted.

That’s why we’ve done the work for you and collected the most awesome new apps for iOS and the Mac from the past week. We’ve got brand new Mac and iOS apps along with some killer updates this go around.

When well known developer Sam Soffes started making Redacted, he didn’t do it to make money. He made it to solve a problem he had: quickly blacking out or blurring parts of images and documents.

Tools like Photoshop can do this already of course, but Redacted makes it dead easy. It’s the perfect example of a well done Mac app doing one thing and one thing well.

Soffes got a lot of attention in the news last week for sharing his surprising sales numbers for Redacted in the Mac App Store. You can find out the gritty details here if you’re interested, but suffice to say that it didn’t make anywhere near as much money as expected.

Luckily, Soffes isn’t sweating. “If I break even on the time I spent working on it, that would be great,” he later told Cult of Mac in an email. “Not a big deal if not though.”

Flickr has been steadily improving as a service since Marissa Mayer became CEO of Yahoo in 2012, but lately it’s become a little stagnant. That’s because a huge update has been in the works, and it finally launched to the world last week.

The biggest improvements are shared across the web and mobile app, but to really take advantage of your free terabyte of storage you’re going to want to download the new Uploadr tool on your desktop. It works basically like Dropbox by finding photos and uploading them in the background to a private Flickr album you can manage further whenever you please.

Beyond that, you’re going to notice smarter search, a greatly improved user interface that includes a new Camera Roll timeline of photos, and more.

You’ve probably been there: you’re on the go with your Mac and no WiFi connection. What do you do? Tether from your iPhone, of course.

The problem is that tethering to your computer and quickly suck up a bunch of data, and if you’re not on an unlimited cellular plan, you could be in trouble.

That’s where TripMode comes in, a handy new OS X menubar app that monitors your network activity when your Mac is connected to a mobile hotspot. You can even turn off internet access temporarily for individual services, like Dropbox.

Dropbox has been getting better and better as a service, and now its iOS app is really getting some good attention.

One of my biggest qualms with Dropbox on my iPhone has been the inability to see a list of recent files, which has thankfully been added in this most recent update. The new home view on iPhone and iPad is now a list of the files you’ve interacted with recently, a welcomed change.

Commenting has been added to the iOS app as well, which means you don’t have to be using Dropbox on the web to add a comment on a file anymore. Like Twitter, just @ mention someone’s name or email address to bring them into the conversation.

Dropbox is clearly getting into Google Docs territory, as it’s planning to let users create full Microsoft Office docs in its app soon. 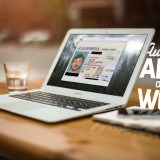 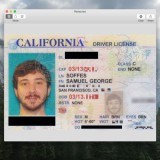 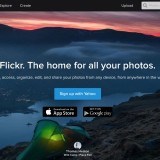 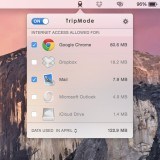 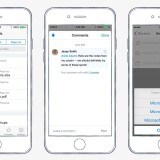