The folks at iFixit wasted no time gutting their new Apple timepiece.

Their Apple Watch teardown confirms that the device comes with a hidden diagnostic port. They’ve also exposed the watch’s Taptic Engine, located the tiny battery, and found some gold highlights on the Apple Watch Sport.

Inside the band slots 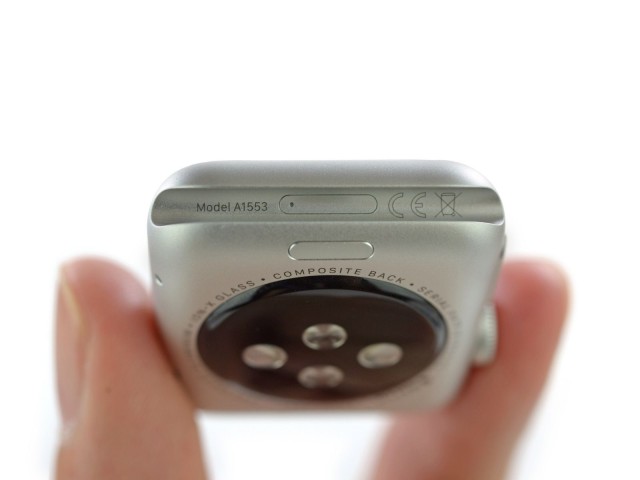 Notice the discreet port cover that can be removed with a paperclip or SIM ejector tool. 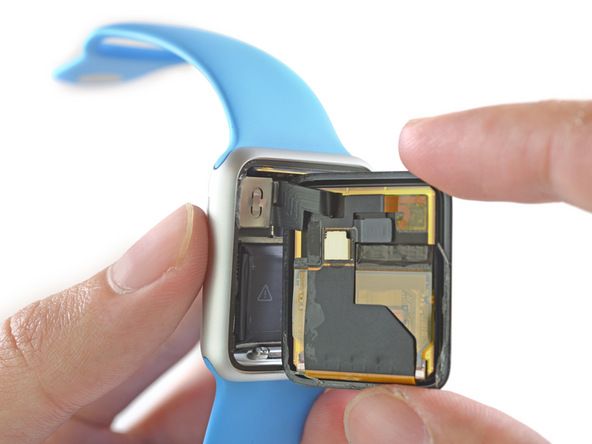 The Apple Watch display uses a connection similar to the iPhone 5s Touch ID cable cover that places the wires under a springy bracket. 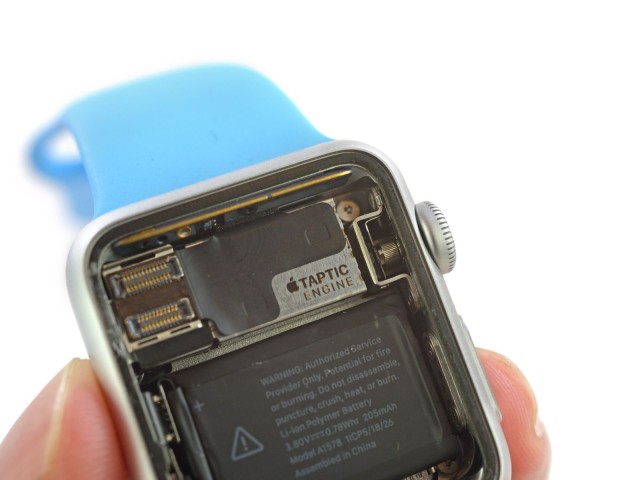 Looks like there’s some gold at the top, too — probably for an antenna. 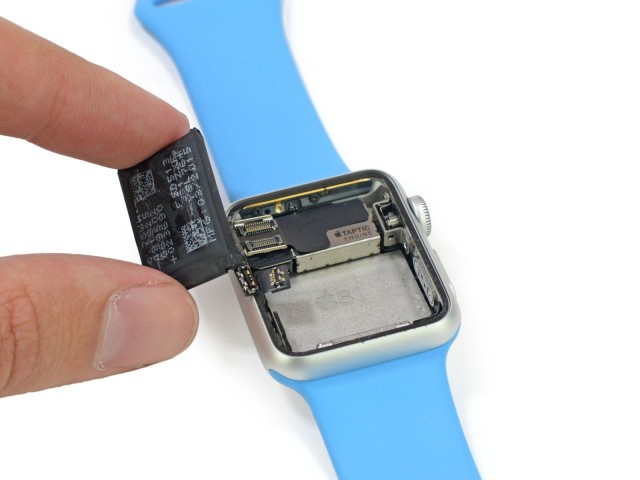