Just three days before Apple’s smartwatch will be on display in stores around the world, new pictures have revealed what Apple Watch packaging will look like.

Images of the Apple Watch box, which doubles as a charging stand, were posted on Instagram today. With the first review units already out in the wild, we’re learning new details about the Apple Watch nearly every day, like how Apple Watch bands will be packaged.

Here’s a glimpse of the Apple Watch band boxes: 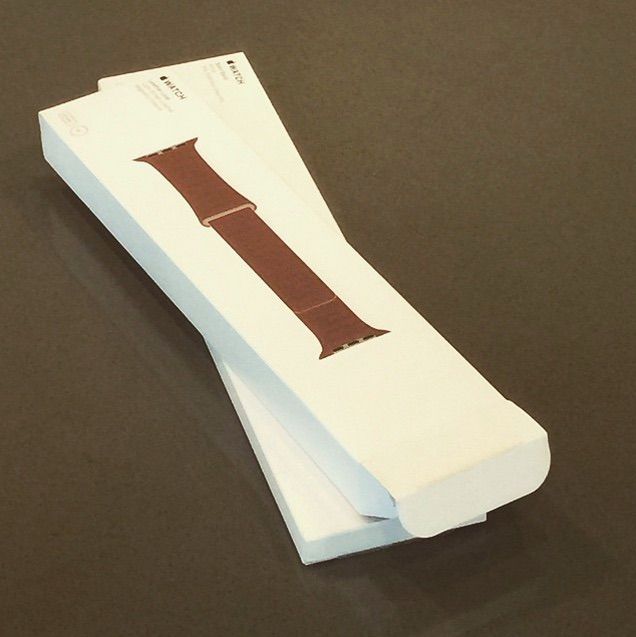 “Packaging for the Apple Watch is top notch… Like every Apple product,” says Jeremy Gan, a Daily Mail employee who posted the pictures on Instagram. Gan also noted that he likes the leather straps, but the stainless steel looks and feels better on the wrist.

The pictures could be fake, but early units of the Apple Watch have already been sent out to reviewers and celebrities. Pharrell flashed his gold Apple Watch Edition during The Voice last night and also published a one-word review on Instagram. As for Gan’s review, he says Apple Watch is weird, but in a good way.

“Weirdest thing I’ve messed around with in a while,” Gan wrote. “Feels and worked a whole lot better than I thought it would. Now I got something to think about.”

Apple Watch preorders start April 10 at 12:01 a.m. Pacific, with the first units hitting shelves April 24. Here’s another look at the box yours might come in. 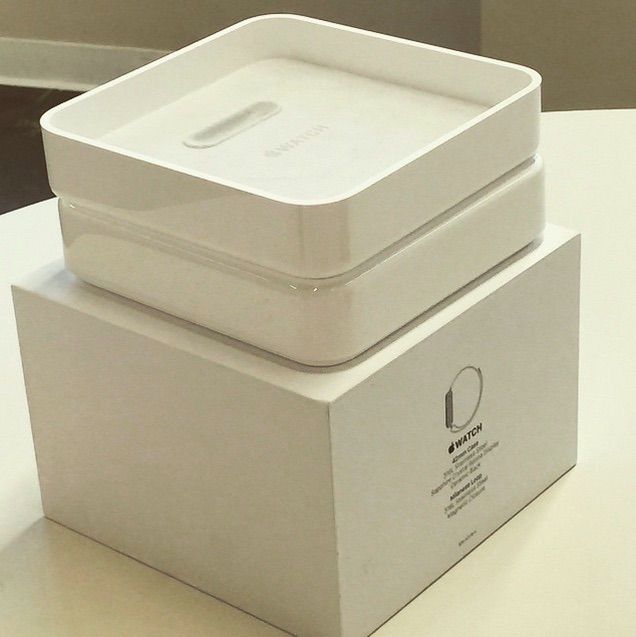