Apple’s secret electric car project won’t be hitting highways for at least another five years (if ever), but that’s not stopping concept artists from dreaming up what a Project Titan vehicle might look like.

The folks at Freelancer held an Apple concept car contest this week, with the winner taking home a $1,500 prize. Top honors went to this semi-autonomous electric car concept from Aristomenis Tsirbas that oozes with Apple’s traditional minimalist design. Other features include custom LED head and tail lights, and discreet hatch doors that open laterally.

Here’s a look with the doors open: 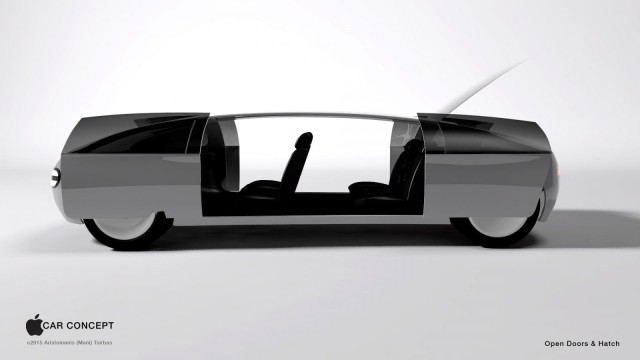 Apple has not made any official comments on whether it’s actually planning to enter the auto business; however, reports have claimed the company has built a team of up to 1,000 Apple employees to work on an electric car. Tesla and Mercedes have become Apple’s new poaching grounds as Cupertino looks to secure auto experts for the team, as well as poaching Apple employees from other projects.

Tim Cook supposedly wants the Apple car on the road by 2020 and the company has started putting together a large-scale battery division in anticipation of a possible vehicle’s upcoming energy needs. 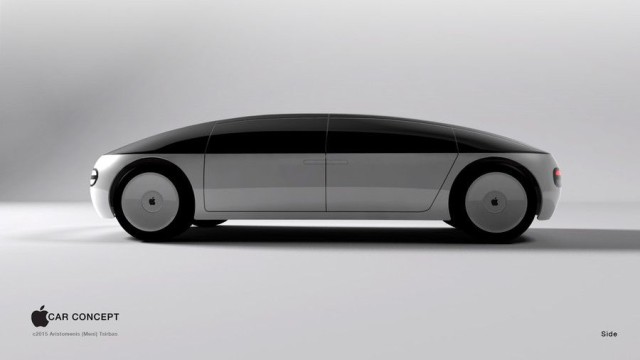