Apple rarely gives tours of its facilities, but it showed ABC News the inner workings of its top secret health lab for the purpose of hyping the upcoming Apple Watch.

Located in an unassuming lot near its Cupertino headquarters on 1 Infinite Loop, Apple employees have been working out for years in secret to collect valuable health and fitness data.

ABC’s Rebecca Jarvis was the first non-Apple employee to see inside the facility, which she called “one of the most advanced fitness labs in the world.” 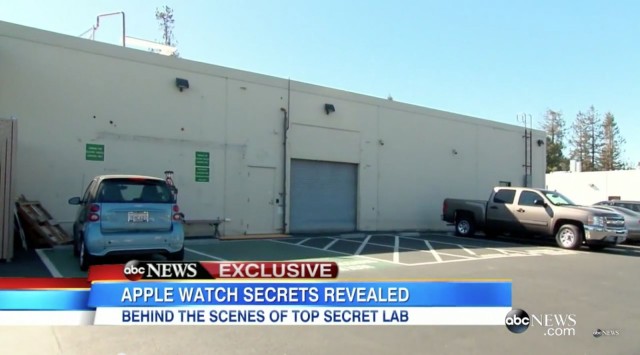 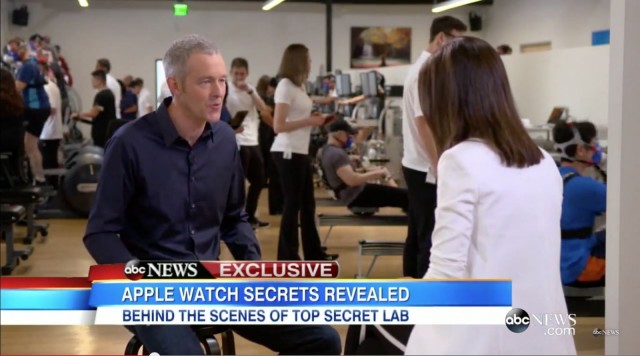 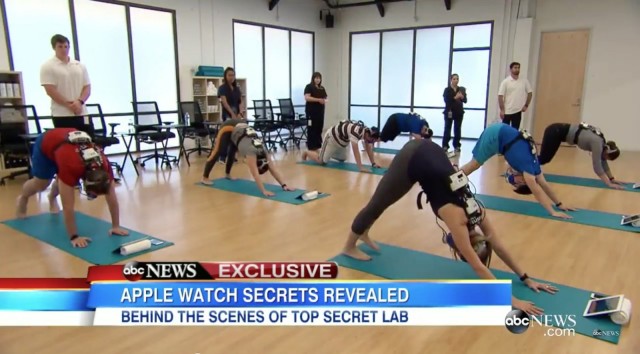 Williams told Jarvis that Apple didn’t tell its employees why they were working out for nearly two years. 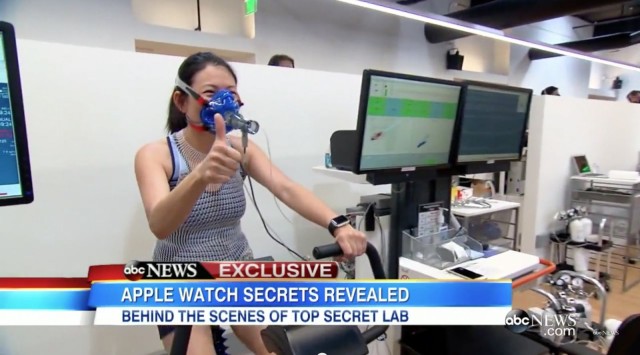 The masks are kind of creepy, right? Williams joked that it was like “a sci-fi episode of Breaking Bad.” 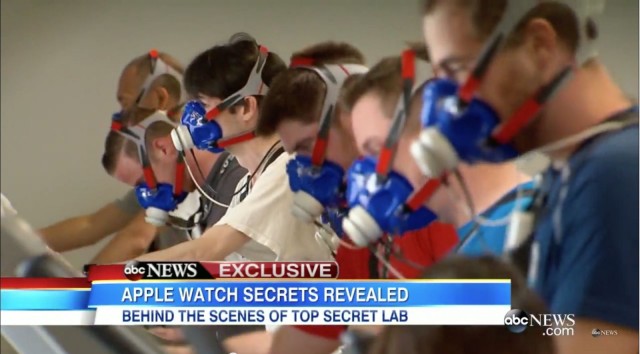 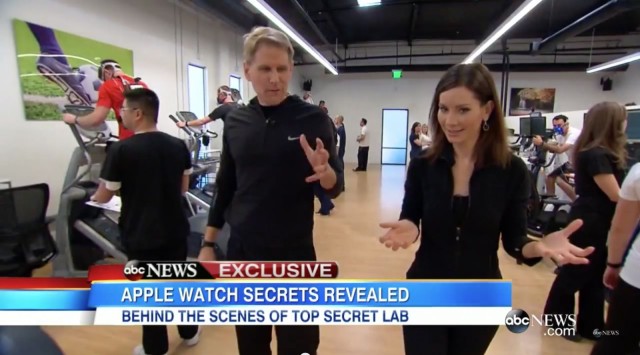 The Apple Watch has been tested in places like Alaska and Dubai, but Apple used climate chambers to simulate working out in all kinds of different conditions. 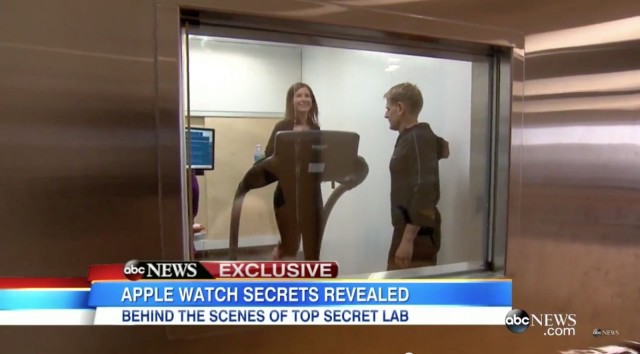 Williams believes Apple has already amassed one of the largest pieces of fitness data in the world, and they’re “just beginning” 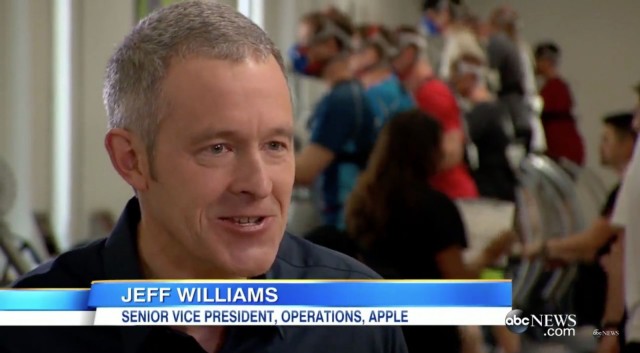 You can watch the full video here.

Number of comments on this postLeave a comment
Posted in: News, Newsstand, Top stories Tagged: Apple Watch, health and fitness