The update includes the new companion app for the Apple Watch, which will be required for setting up the device and loading apps. It also can’t deleted, which means it will be a constant reminder of the Watch you don’t.

Here’s what the official Apple Watch app looks like: 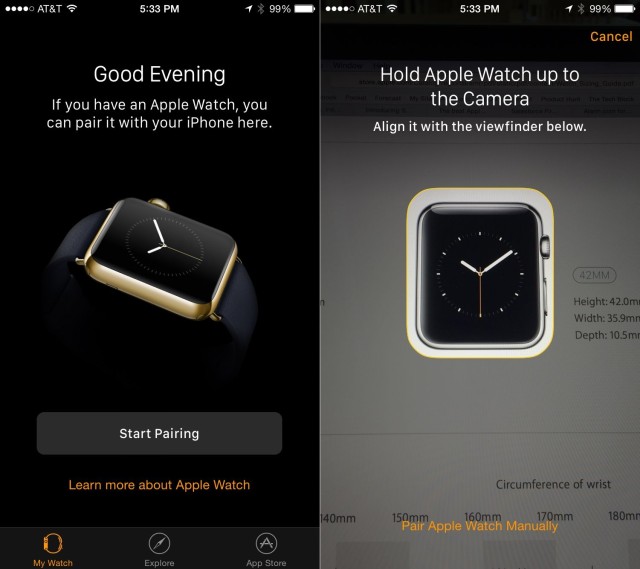 The main function of the app is to pair with your iPhone, and it looks like Apple is automatically detecting the model through the camera.

There are two sections of the app in its unpaired state, Explore and App Store. Explore just contains videos from today’s keynote, but App Store will be where you can find Watch apps. 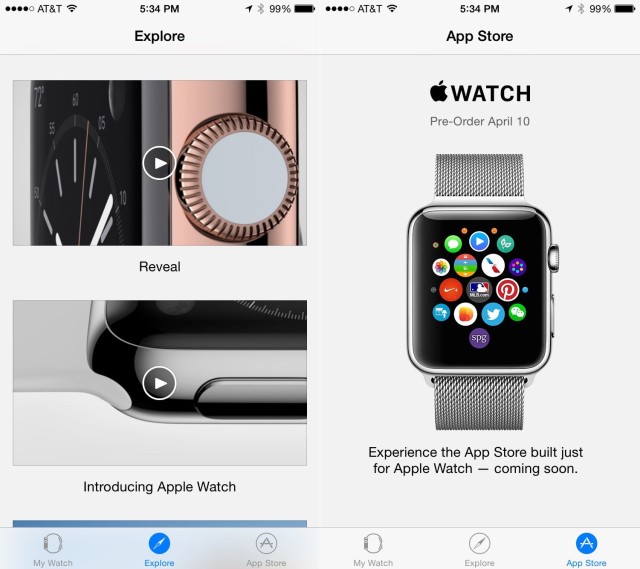 It’s not a separate App Store, but what looks to be a springboard for taking you to the Watch section of the App Store. Since the Watch isn’t out yet, the app is kind of useless.

Number of comments on this postLeave a comment
Posted in: News Tagged: Apple Watch, iOS 8.2