Apple’s architectural firm, Foster + Partners, released pictures of the gorgeous new West Lake store in Hangzhou that was recently completed. The new Apple Store was covered by an incredible mural during construction, but the finished all-glass facade is even more stunning.

The firm says West Lake store was made in close collaboration between Apple and Foster + Partners’ engineers to create the perfect environment to view products. The end result is a 15-metre-high glazed box with a design that “combines an understanding of the local context with the philosophy of simplicity, beauty and technical innovation that characterises Apple’s products.”

Check out the store’s floating staircase below: 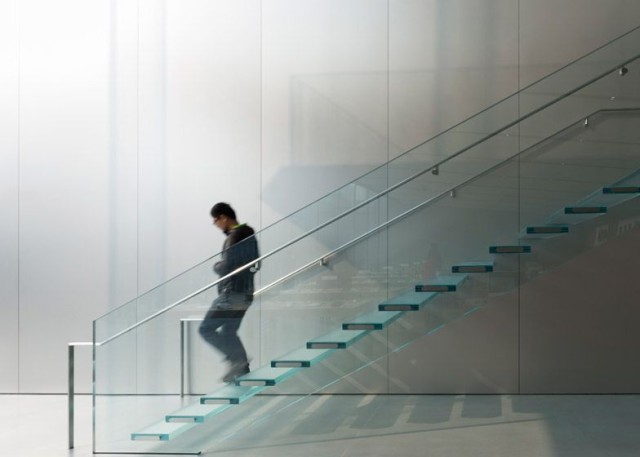 To give the staircase a floating impression, treads on either side of the space are held in place by discreet bolts embedded into the glass. It looks simple but is actually a hugely complex engineering feat.

Apple has created some of the biggest technological advances in the use of glass, thanks to its shiny iTemples that dot the globe. The construction of the West Lake store’s facade, which comprises 11 large double-glazed panels, would have been difficult for other companies to pull off. The West Lake store is one of five Angela Ahrednts said would open in China before Chinese New Year, which starts tomorrow. 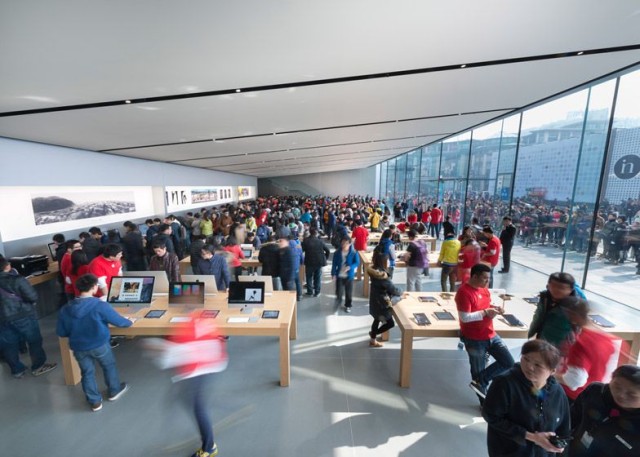 To keep the space from blinding visitors with light during the day, Apple also has a series of blinds hidden in the ceiling. The white ceiling is opaque during the day, but dramatically illuminated at night by custom light panels that don’t just emit a perfect even glow, they also absorb noise. 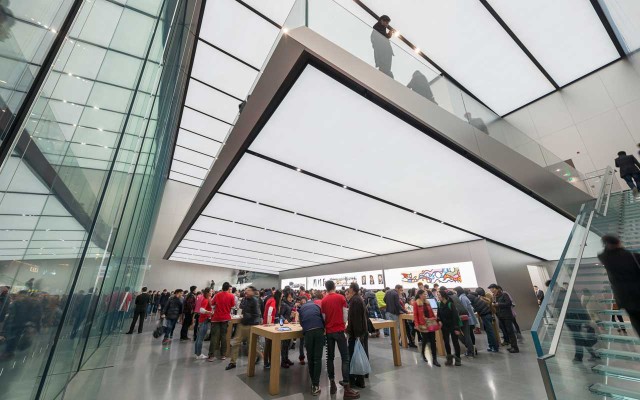 Even the extremely thin floor structure of the West Lake store is high tech, made possible by tuned mass dampers to eliminate the vibration. The designers created the second level to give the impression of a floating stage in the center of the space – a new living room for the city.