LAS VEGAS — I got an Apple Watch today, and it only costs 35 bucks.

It doesn’t have a functional Digital Crown, apps or even a touchscreen. But it looks exactly like an Apple Watch, and in the land of Vegas, where appearance is everything, that’s all that matters.

“We took the Apple Watch and made a few tiny changes so Apple won’t get mad,” Oplus Tek‘s Lily Yin told Cult of Mac when asked about the inspiration behind its new timepiece.

Oplus Tek is based in the same district of Shenzhen, China, as Apple supplier Foxconn, only instead of waiting for the genuine Apple Watch to roll off production lines, Oplus Tek and other small-time Chinese gadget makers are at International CES to show off their genuine knockoffs.

Hidden in the back, unexplored corners of the CES expo floor, you can find an entire array of Apple Watch knockoffs, ranging from impressive reproductions that include the Apple Watch’s bubbly UI, to the simplest copycats that only tell time.

The unit Oplus Tek gave us doesn’t have much functionality to go with its tiny 240-by-240-pixel display, but you can pair it to your phone to answer calls. It also packs a pedometer, an altitude meter and an alarm. It comes with the same style band as an Apple Watch and, while it doesn’t have the same sensors on the bottom, they designed its charger on the bottom to look just like the Apple Watch. 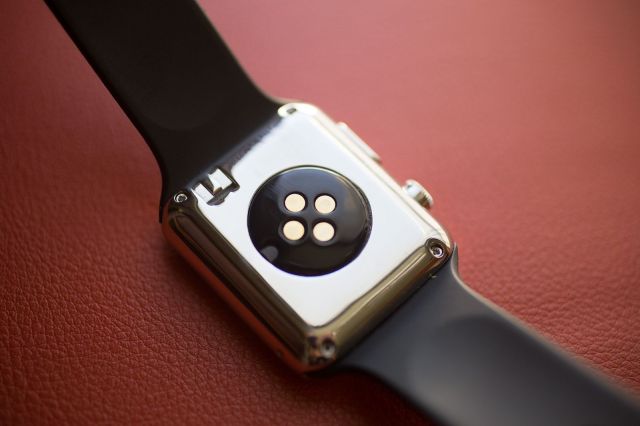 If you can’t wait until March to slap an actual Apple Watch on your wrist, or just want to trick all your friends into thinking you’ve got an inside connection to Cupertino, you can grab your own cheap knockoff from Oplus Tek’s Alibaba page.