For the last year or two, Spotify’s iPad app has been sadly, pathetically ignored. Like Twitter for Mac and Tweetbot for iPad, the app has lagged behind the iPhone version so badly that it almost feels like using a different service.

So the use of the word finally is very fitting when describing Spotify’s big update today on the iPad.

Spotify on the iPad finally matches the iPhone app in terms of design, which received its big overhaul in April. The “Your Music” section has been added to the iPad as well, making it much easier to jump between devices when listening to your saved tracks.

As a Spotify user, I’ve pretty much stopped using the iPad app altogether. It seemed clear that Spotify didn’t see keeping it up to date as a priority. It’s refreshing to see a lot of attention paid to the iPad in today’s update, and I have to say that the new design is quite nice. 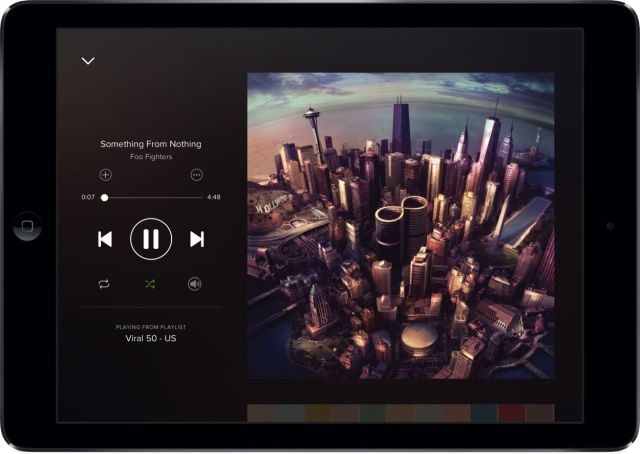 The landscape view while playing tracks is particularly helpful with how it keeps controls on the left and album artwork on the right. It’s easier to edit playlists and make certain ones secret from the top right menu, and the app feels much snappier and responsive overall.

If you’re a Spotify user with an iPad, check out the app after today’s update. It will win you back.

Number of comments on this postLeave a comment
Posted in: News Tagged: iPad, Spotify