Christian Bale is Steve Jobs. The Oscar-winning actor has officially signed on to play the late Apple co-founder in Sony’s upcoming movie based on Aaron Sorkin’s screenplay. Slumdog Millionaire director Danny Boyle is attached to the project, but no other cast or crew members have been confirmed.

A lot of big Hollywood actors, including Leonardo DiCaprio, have been in talks to play Jobs at some point, but Bale’s name stayed in the hat till the very end. Looking at Bale as an actor, it’s easy to see why. Here’s why he will play the perfect Steve Jobs.

Bale is known for immersing himself in a role so fully that he goes out of his way to drastically change his appearance. By living on only coffee, water, cigarettes, salads and apples for months, the Brit lost 63 pounds for The Machinist, dropping his weight down to only 121 pounds. He wanted to lose more weight, but the movie’s producers made him stop out of fear for his health.

Then he turned around and gained 80 pounds for Batman Begins. Thanks to those two movies, he holds the record in Hollywood for most weight dropped and gained by an actor. He also lost a ton of weight for The Fighter, for which he won an Oscar.

More recently, Bale gained 40 pounds of flab for his role as a slimy conman in American Hustle. Before shooting, he watched interviews with the real person he based his character on, obsessing over every detail. He’s known to stay in character between takes on set, and for Batman Begins his trailer’s nameplate read “Bruce Wayne” instead of “Christian Bale.”

Bale’s chameleon-like persona could certainly come in handy for playing Steve Jobs in his later years.

Out of all the actors rumored to play Jobs, Bale looks the most similar, especially when looking back at the Apple leader in his younger years. Take that, Ashton Kutcher!

Sorkin’s got his back

Oscar-winning screenwriter Aaron Sorkin said Bale was chosen because he’s the best actor for the job. “The role is an extremely difficult role,” said Sorkin, whose screenplay is structured into three acts surrounding different Apple events. “He has more words to say in this movie than most people have in three movies combined. There isn’t a scene or frame that he’s not in.”

“It’s an extremely difficult part, and he’s gonna crush it.” 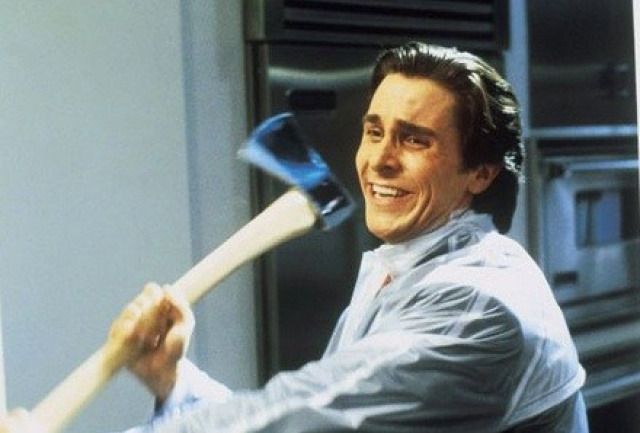 Bale is incredibly passionate about his craft, is described as exemplifying “amazing vulnerability and sincerity” by his peers, values extreme personal privacy, and never went to college — all things he can use to play Jobs.

And of course there’s the infamous freakout on the set of Terminator Salvation, in which Bale verbally assaulted a crew member for distracting him during a scene. Jobs was known to have quite a temper as well, and if there’s anyone that can tap into his manic nature, it’s Bale.