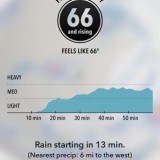 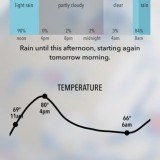 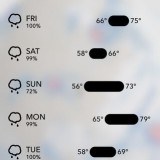 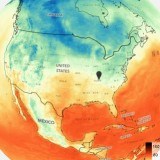 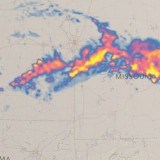 This morning I woke up and slide my finger down my iPhone’s lockscreen to see the weather. With a single line of text, Dark Sky told me what it felt like outside and that it would be overcast for at least the next hour. No need for sunglasses then.

There are a lot of weather apps out there to choose from, and I’ve tried a lot of them. But in terms of features, design, and actual usefulness, none comes close to being as good as Dark Sky.

Now optimized for the iPhone 6 and 6 Plus on iOS 8, I’ve been loving Dark Sky again. A lot of information, like a detailed map view, is packed into the app itself, but I use it mostly to see what the weather conditions will be like throughout the day. And it’s trademark feature is obviously great; who doesn’t want to get a notification right before it rains?

Dark Sky’s new iOS 8 widget is a lot simpler than most, but I think it does its job well. “Widgets are a bit tricky at this point; they’re so new that we as developers haven’t had the time to figure out proper design etiquette, or even determine what widgets are really for,” said Dark Sky developer Adam Grossman. “The temptation is to make them big, gaudy affairs, and several weather apps have gone in that direction.”

“With our widget, we’ve gone back to the original purpose of Dark Sky: just the weather for the next hour. The idea is to allow you to quickly check whether or not it’s going to rain before heading out. That’s it. And to me that’s the type of thing widgets are for.”

When rain is coming, the widget will show how many minutes you have until it hits. Text becomes italicized when something is happening that you should probably act on, like an impending monsoon. And then you can just tap the widget to open Dark Sky for more information.

In terms of a killer app and Notification Center widget, I haven’t found anything better than Dark Sky. If you just want a widget that displays weather information, I recommend checking out Forecast+.