New bicycling game Zwift cruises along at the crossroads where video game nerds, bike fanatics and the land of the long winter come together. Launched in beta today, Zwift lets you compete with friends in a massively multiplayer cycling game designed to turn indoor rides into something more exciting.

The basic premise is this: You pick your avatar, pick your whip, pick your kit, pick your route and then pedal with/against your friends, no matter where they are in the country. You watch the action on the virtual terrain on a computer (most any reasonably modern desktop or notebook will do).

“I started on this by myself during Christmas 2010,” said Zwift’s VP of Game Development Jon Mayfield. “I had just bought a bike and I do video games all day, everyday.”

He brought his video game knowledge to bear on the idea of training with friends, no matter where they are, but you can also use it to exercise alone. In Zwift’s built-in training mode, a virtual coach rides along beside you on his Vespa and hollers at you.

There’s a stray dog to help you with sprints. And the gaming nerd behind Zwift is working on adding Easter eggs for Halloween and other holidays. And the Oculus Rift version is already baked into software. 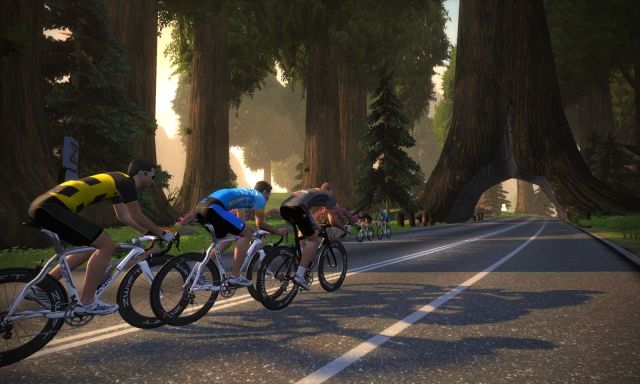 The buy-in is $10 a month to Zwift, plus you’ll need a bicycle or trainer with an ANT+ cadence/speed sensor and ANT+ dongle. For more precision you will need a power meter.

You can get a crankarm power meter from Stages Power, a cycle trainer with power built-in like the Wahoo Kickr, or a hub-based power meter from CycleOps — none of which would be considered cheap.

But if you are already running Ant+ power and are dreading spending the long, lonely winter hours on your basement bike, you might want to hustle and get in on the Zwift beta: It’s open to the first 1,000 people who sign up. Zwift hopes to launch to the public later this year. 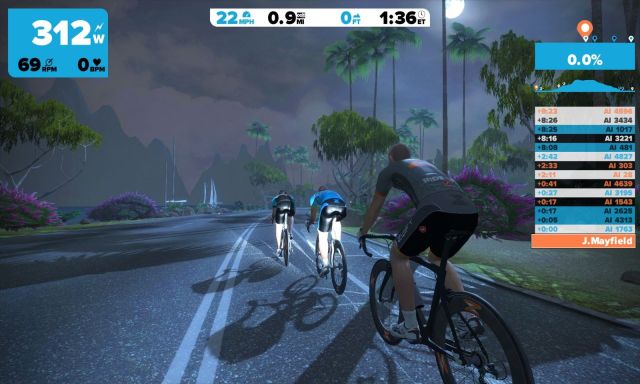