Bad news for anyone in the cellphone repair business!

A full list of the iPhone 6 specs we’ve received from a source in China says not only is the iPhone 6 water-resistant but that the screen is shatterproof.

Not “scratch-resistant” or even “scratch-proof,” but “shatter proof,” which suggests the new iPhone is nearly indestructible and could put a few repair shops out of business.

As far as we can tell, the spec list below is the most comprehensive list of features published to date.

No surprise, the spec list says the iPhone 6 — due to be officially unveiled by Apple at a big media event Tuesday — will be available in two models (4.7-inch and 5.5-inch screens) and come in three colors — gold, silver/white and space gray.

Both models will feature sapphire screens. The biggest surprise is the water-resistant and shatterproof claims. While a sapphire screen has been widely rumored, early tests suggest it might be a disappointment.

Various third-party tests on YouTube suggest the sapphire is scratch-resistant but prone to shattering, especially if dropped. However, these tests could all be compromised in one way or another. Some use screens not made by Apple, and none test the screen inside the iPhone’s housing, which could provide crucial protection to make it shatterproof.

Other surprises? The spec list says the 4.7-inch iPhone will have a 1,810 mAh battery, which is smaller than previously rumored. That seems awfully small for a device with a high-res, 4.7-inch display, especially when compared to Android handsets with similar-size screens. Last year’s Nexus 4 had a 720p 4.7-inch display with a 2,100 mAh battery, and its battery life was considered pretty poor.

The list also says 2GB of RAM for the 5.5-inch. A leaked logic board obtained by Feld & Volk had only had 1GB, but that was on the 4.7-incher, so maybe the iPhone Plus (or Pro or whatever it’s called) will get extra RAM as another differentiating factor.

Other specs include a dual-core A8 chip — previous rumors say quad-core. There’s also mention of “TV-out,” which might just refer to Apple’s wireless audio/video transmission system known as AirPlay.

The full iPhone 6 spec list supposedly came from some marketing materials or product packaging. We received it from a source close to Apple’s supply chain, and while we trust the source (for reasons we can’t specify), we can’t vouch for its veracity. Proof of the iPhone 6’s waterproof features has been slim, beyond a leaked power button with a rubber seal. However, it looks plausible and nothing jumps out as obviously fake.

We were also furnished some new photographs of the iPhone 6 in three colors, wrapped in protective plastic. Again, they could be fakes or mockups. The only reason we are publishing them is that they come from a trusted source. 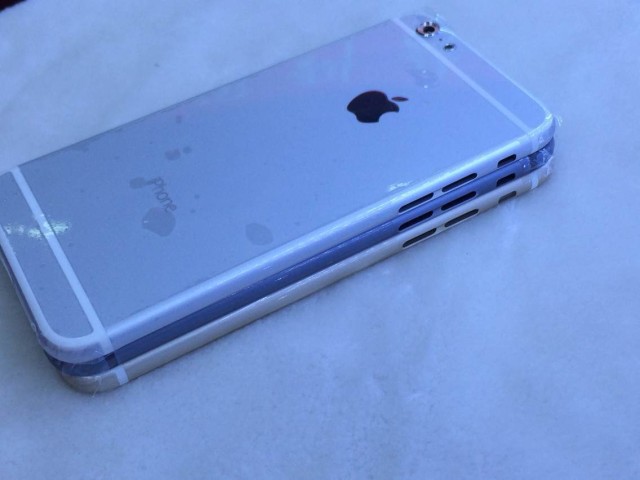 Here are the full iPhone 6 specs, straight out of China (the only changes we made were formatting tweaks to make it easier to read):