With the next-gen USB 3.1 standard now heading into production, the USB connectors of the future will be a lot more like Lightning. Featuring small, reversible connectors, the new USB Type-C cable will be particularly well suited to syncing and charging smartphones and tablets… again, just like Lightning. 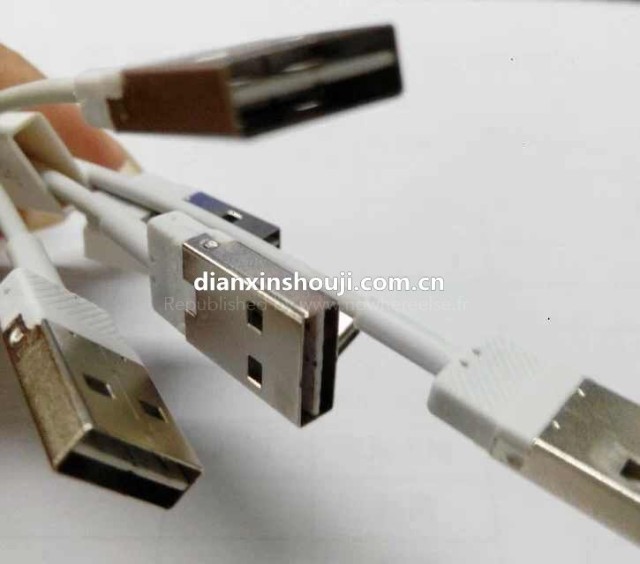 The effect is achieved through a modified male USB Type-A connector that is different from what is found on existing Lightning Connectors. In existing Lightning Cables, the pins of this male end are attached to a buffer section of the metal casing that takes up roughly 50% of the USB Type-A connector, guaranteeing it can only be plugged in one way. In this new cable, the buffer section has been stripped away, ‘floating’ the pins in the middle of the connector and allowing it to be plugged into a computer in either direction.

Nowherelse.fr, who discovered these shots, says that it’s possible this connector isn’t actually being made for Apple, but instead for a third-party maker of Lightning cables. Time will tell, but it’s certainly an interesting development.