Halt and Catch Fire isn’t Silicon Valley where the presence of a woman in a skirt sends the coders into a tailspin. This is the dying cry of the zipless f**k, before everyone got spooked about AIDS. This is hot neon, the smell of the soldering gun on a circuit board, and the deep empty place inside that drives creative people to do crazy things, think different, and meet each other where the metal meets the code.

Unfortunately, dismal ratings may possibly keep the show, whose plot hinges on a rag-tag group of misfits reverse engineering the IBM PC around the same time Woz & Jobs were busy home-brewing in the garage, from being picked up for a second season.

You can watch Halt and Catch Fire, named for the machine code (HCF) that was able to cause a computer to stop working, on AMC or iTunes.

We feel so strongly about this retro-tastic show (Coleco! Pong! Texas Instruments!) that we put up a petition to save it. Here’s why you should sign: 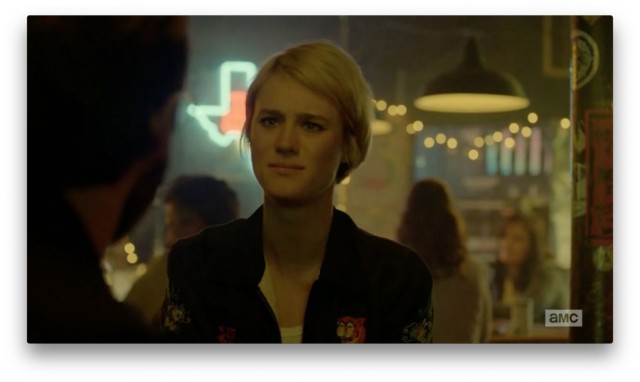 Smart girls: Donna Clark (Kerry Bishé) is an engineer of incredible talent, and she saves the project at Cardiff Electric when MacMillan hides the backups and blames Cameron. She uses her super smart brain while still managing to be indispensable at her day job at Texas Instruments (and NOT as a secretary) and raising her two daughters. Cameron Howe (Mackenzie Davis) is the hot young keyboard jockey who creates an entirely new operating system for the fictional portable computer, hacks into a national bank to move funds to Cardiff Electric at her boss’ request, and generally talks circles around the best software boys in the cubicle farm. 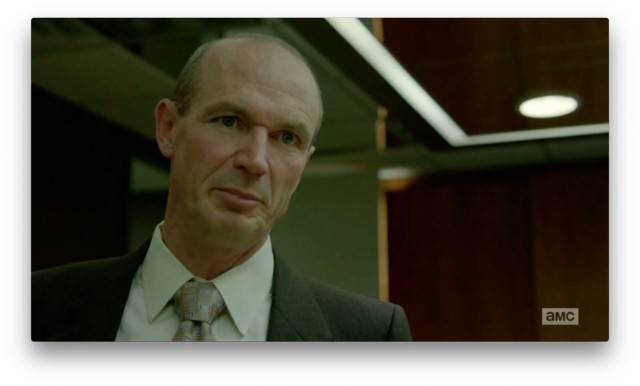 Geek chic: As Cardiff Electric boss-man John Bosworth (played with full-out Texan glee by Toby Huss) says at one point, “People who put up the money, they like to take the credit, but the credit belongs to them that built it.” This is the theme of the whole show – it’s the people not in the spotlight — the coders, the hardware people, the folks that bleed into each new design — that are the true heroes of the computer revolution. Halt and Catch Fire is compelling television because of its focus on these people: their lives, their dreams, their heartbreak. 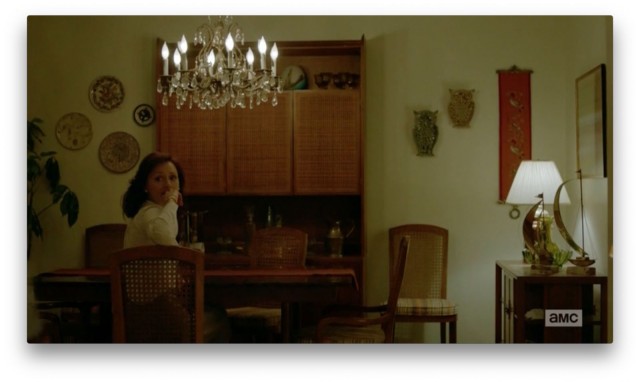 The decor: There’s the Clark household, full of wood paneling, shag carpet, and dark browns and reds, which really shows how the early decades hold onto the late previous decades in style. The ’70s still holds sway over their decorating choices. Contrast that with Joe McMillan’s apartment – it’s all chrome, glass, and black leather. It’s so minimalist that Clark exclaims “He’s cleared out!” when he and Cameron visit just before Comdex. While we don’t see any Nagel prints on the wall, you know there must be at least one, lurking somewhere in that apartment. 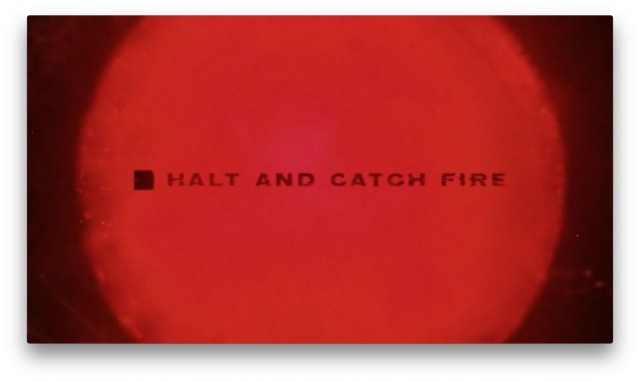 The music: There are some deep ‘80s tracks here, including punk (The Magnificent Seven by The Clash), classic rock (Lodi by CCR), new wave (Germ Free Adolescents by X-Ray Spex), and a dash of classical and jazz thrown into the mix. Music is a big part of any decade, and it’s a joy to have some of these non-typical yet completely authentic sounds filling out the period piece. 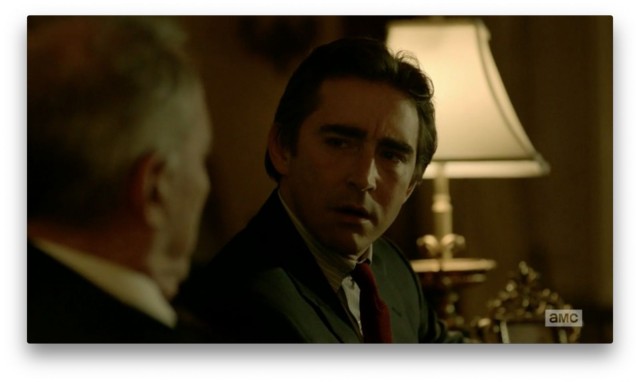 Lee Pace: This is a career-defining performance from Pace, who’s got a career that spans a goofy, lovable romantic lead on Pushing Daisies all the way to an angry blue demi-god in the new Marvel blockbuster, Guardians of the Galaxy. His turn as Joe MacMillan is complex and nuanced; he sizzles in every scene. There’s the bi-sexual Joe, who moves from bed to bed, using sex to cleans his guilty soul, prodigal son Joe, who still can’t tell his daddy no while he pouts like a teenager, and there’s playful Joe, running outside in a storm to “save” the Clark kids from the scary thunder gods. His acting, like the majority of the cast, is sparse, true to his character, and a truly great performance. 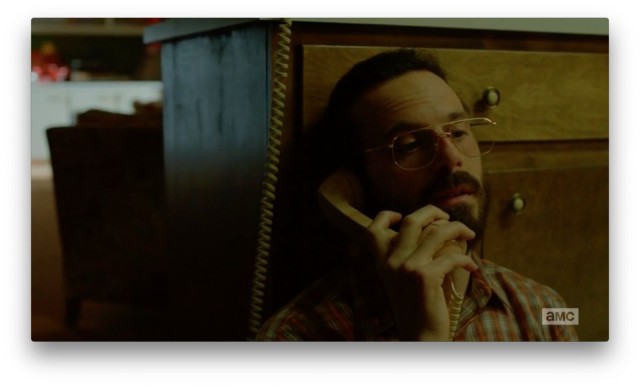 Scoot McNairy: The other principal male actor in the show plays Gordon Clark, the put-upon engineer who does all the hardware and motherboard design for the new portable computer. He’s a family man that can’t quite connect with his daughters, and he’s still crazy like he was when he first met his wife, Donna. In a scene from later in the season, he laments that she’s gone straight while he’s still crazy, just like they were when they met. Watching McNairy just plain lose it in episode seven is like passing a car wreck on the street: you don’t want to look away.

If you’re convinced to watch the show, or feel like supporting a fantastic show that focuses on technology in a stylish, well-written and produced way, sign our online petition here. Watch on iTunes here, or full episodes on AMC here.