Services like Lyft and Uber made summoning a ride with your iPhone a reality, and now they’re going to make sharing that ride even easier.

Both startups have announced new features that will make rides cheaper, providing that you’re willing to share a car with total strangers.

Lyft has announced what it’s calling “Lyft Line,” a ride sharing option in its app you have to select before requesting a car. Summon a car, and Lyft will find other people near you to share the ride, and by extension the fare, with you. You will be shown a guaranteed price before you book instead of at the end of the ride.

When using Lyft Line, you have to put an end destination into the app before booking so it can algorithmically determine a discount based on who can join the ride with you.  While Lyft says that a 30-40% discount will be the average, using Line could result in a discount of up to 60% if you’re lucky.

If there’s no one to ride with you, you’ll still get a discount.

Lyft Line is rolling out slowing. For now, a max of two passengers can share a ride, and the feature is only available in San Francisco. 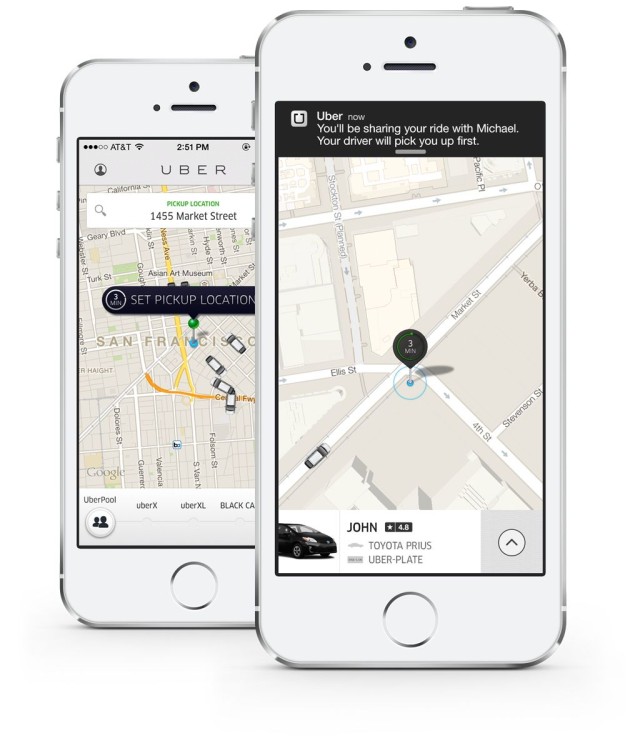 Last night Uber also announced “UberPool,” which it says could make shared transportation cheap enough to replace the need for a personal car. Like Lyft, a new option in the app will allow users to request a ride that will then pick up other passengers taking a similar route in the same area. The fare is then split evenly between all of the passengers.

Uber is testing the feature in private beta right now to work out the kinks with drivers, and UberPool will be rolled out more “broadly” on August 15th.