Fascinating photo blog dives into The New York Times' morgue | Cult of Mac
Cult of Mac Mobile menu toggle
Mobile menu toggle
FULLSCREEN
Sister Marie Chantal, left, kicks at an instructor during a Tae Kwon Do class in January 1994. Jack Manning/The New York Times
John Hills conducts an exercise class for people over 65 in January 1969. The published captions read: "Who says physical fitness is only for youngsters. Counting, with exaggerated enunciation, against pressure of fingers helps excercise the face and rest the body halfway through the hour-long session." Patrick A. Burns/The New York Times
Sgt. Richard Richards of the 86th Precinct demonstrates his shooting stance for a photographer during a police revolver competition in March of 1958. Ernie Sisto/The New York Times
Heavily armed Indochinese Communist soldiers, including women and young boys, occupy the city of Phnom Penh on May 4, 1975, marking the end of five years of war in Cambodia. At first the mood of the city was jubilant with the rebels being welcomed. Dith Pran/The New York Times
President Dwight D. Eisenhower at his Gettysburg farm walking around the grounds chatting with reporters and photographers in January 1955. George Tames/The New York Times
Umpire Durwood Merrill ejects Seattle Mariners manager Chuck Cottier during a 1985 game at Yankee Stadium. After arguing nose-to-nose with Merrill for several minutes, Cottier yanked first base out of the ground and heaved it into right field. Vic DeLucia/The New York Times
Giacomo Lauri-Volpi poses as Pollione from "Norma" in which he sang at the Metropolitan Opera in November 1927. The New York Times.
A contact sheet of a skark swimming at an aquarium, May 1960. Sam Falk/The New York Times
A New York fire inspires a fantastic coiled pattern of hoses. Sam Falk/The New York Times
A man-made anchor holds down a plane at La Guardia Field in February, 1940. The New York Times.
An eight-story inflatable King Kong deflated on top of the Empire State Building after it developed a hole in its shoulder. The balloon ape was tethered to the skyscraper in April 1983 to commemorate the 50th anniversary of the King Kong movie. Sara Krulwich/The New York Times 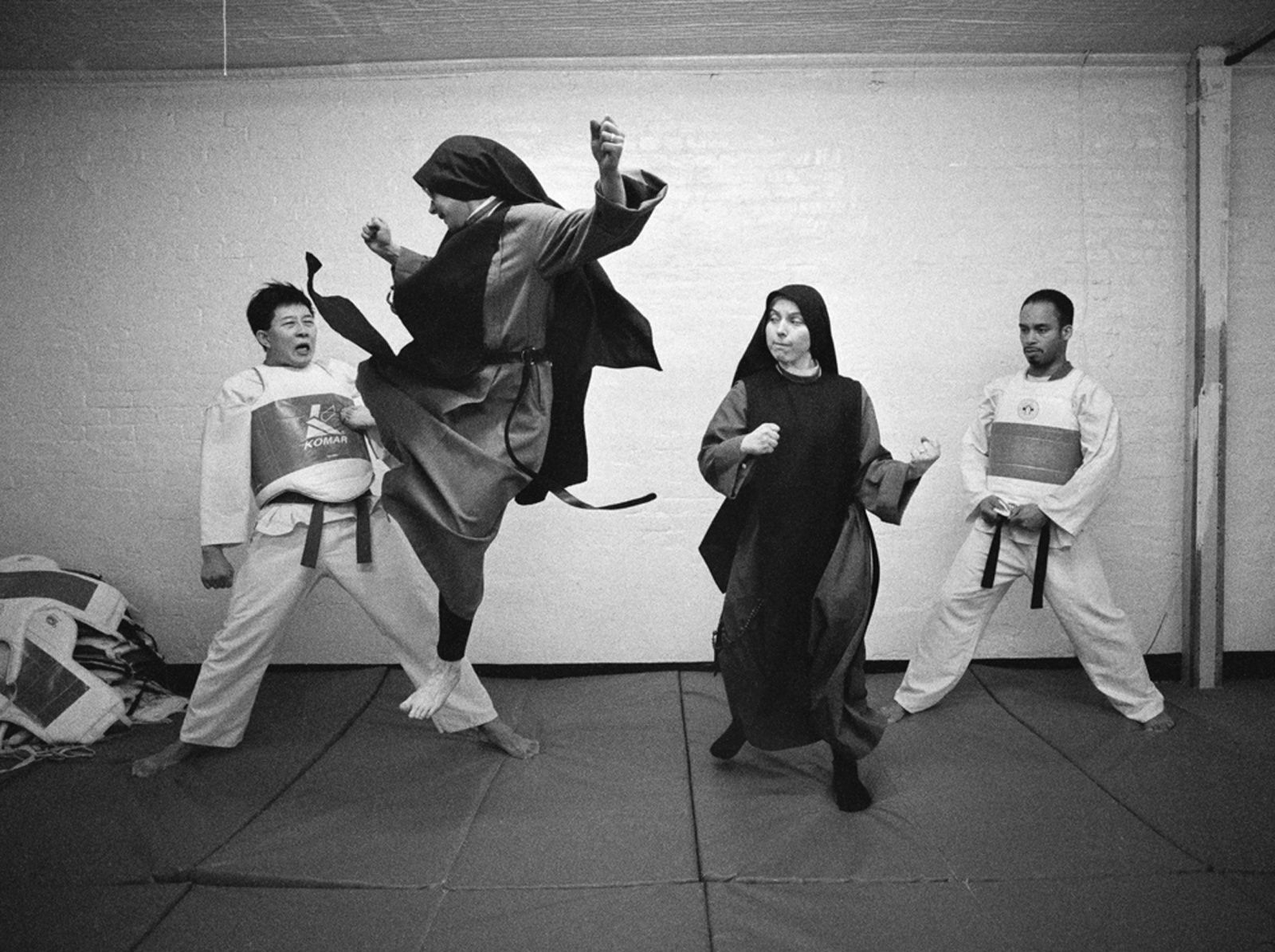 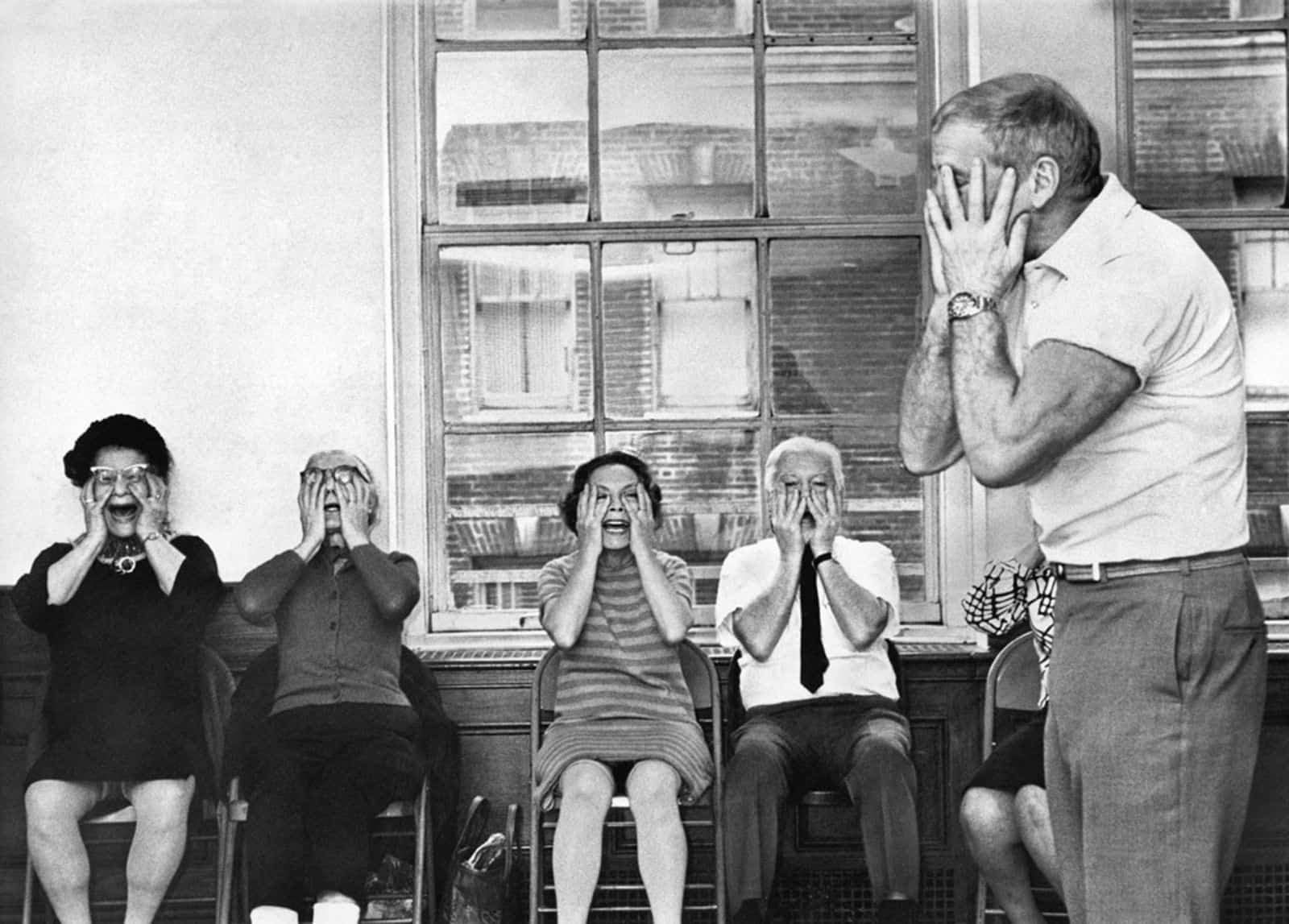 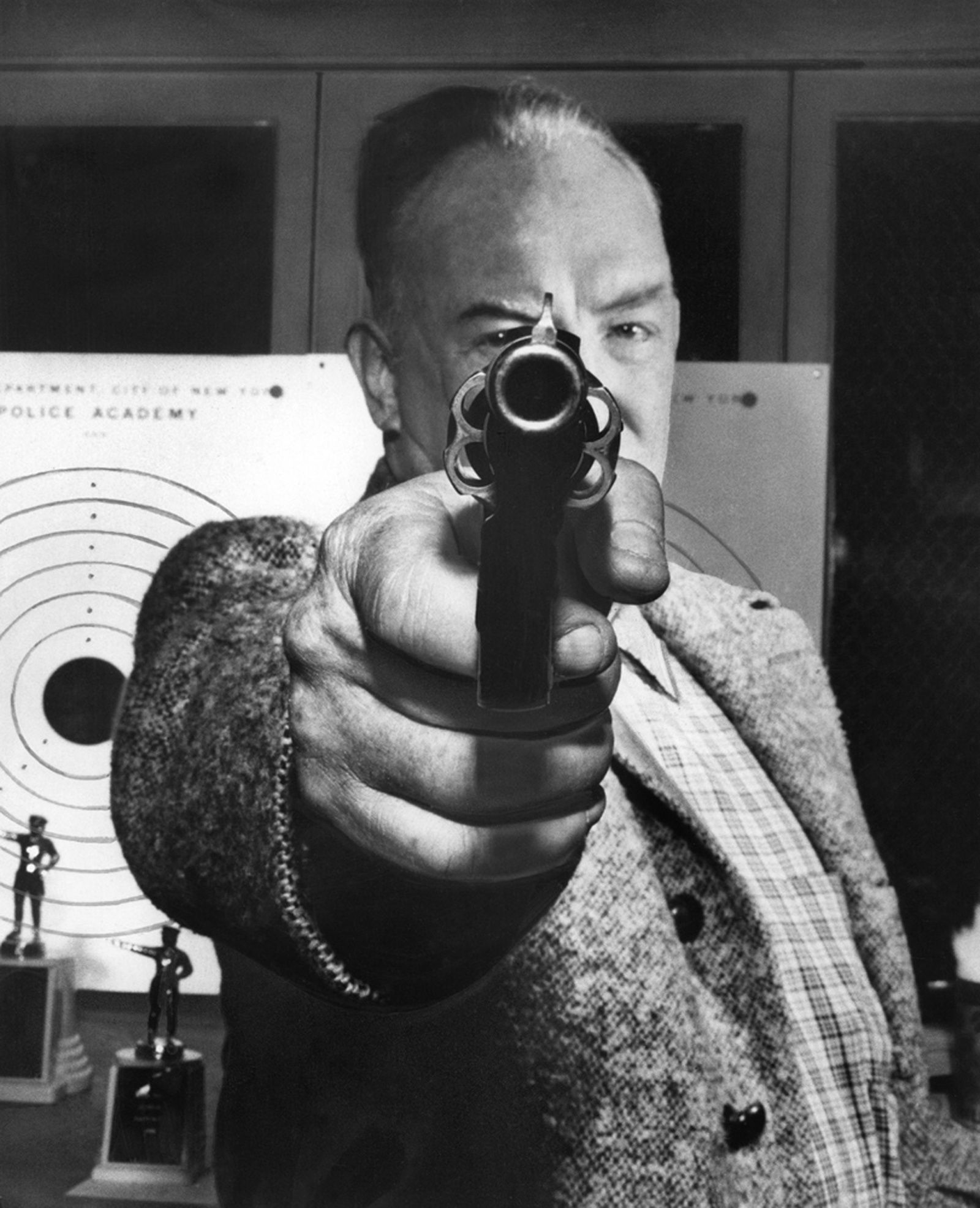 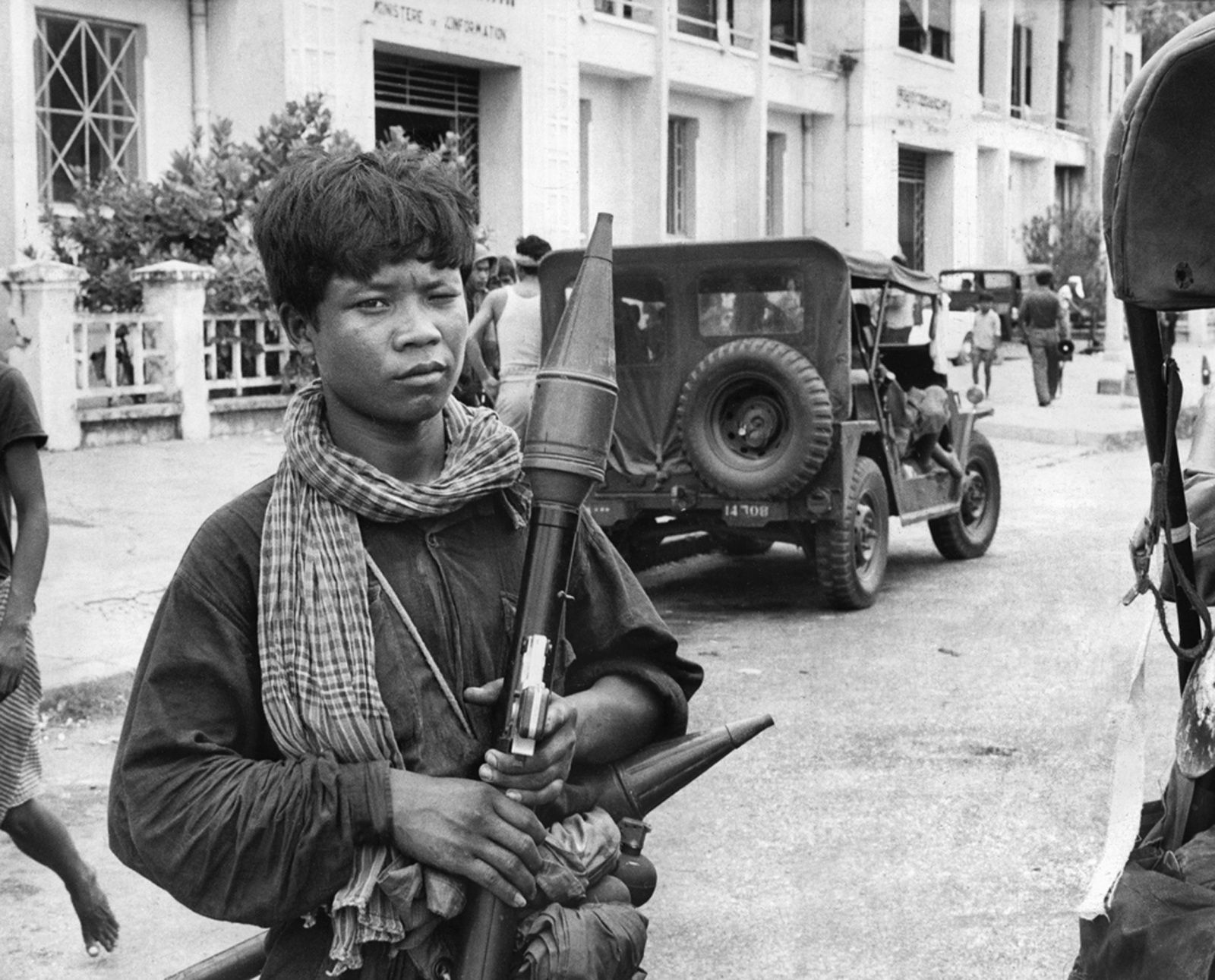 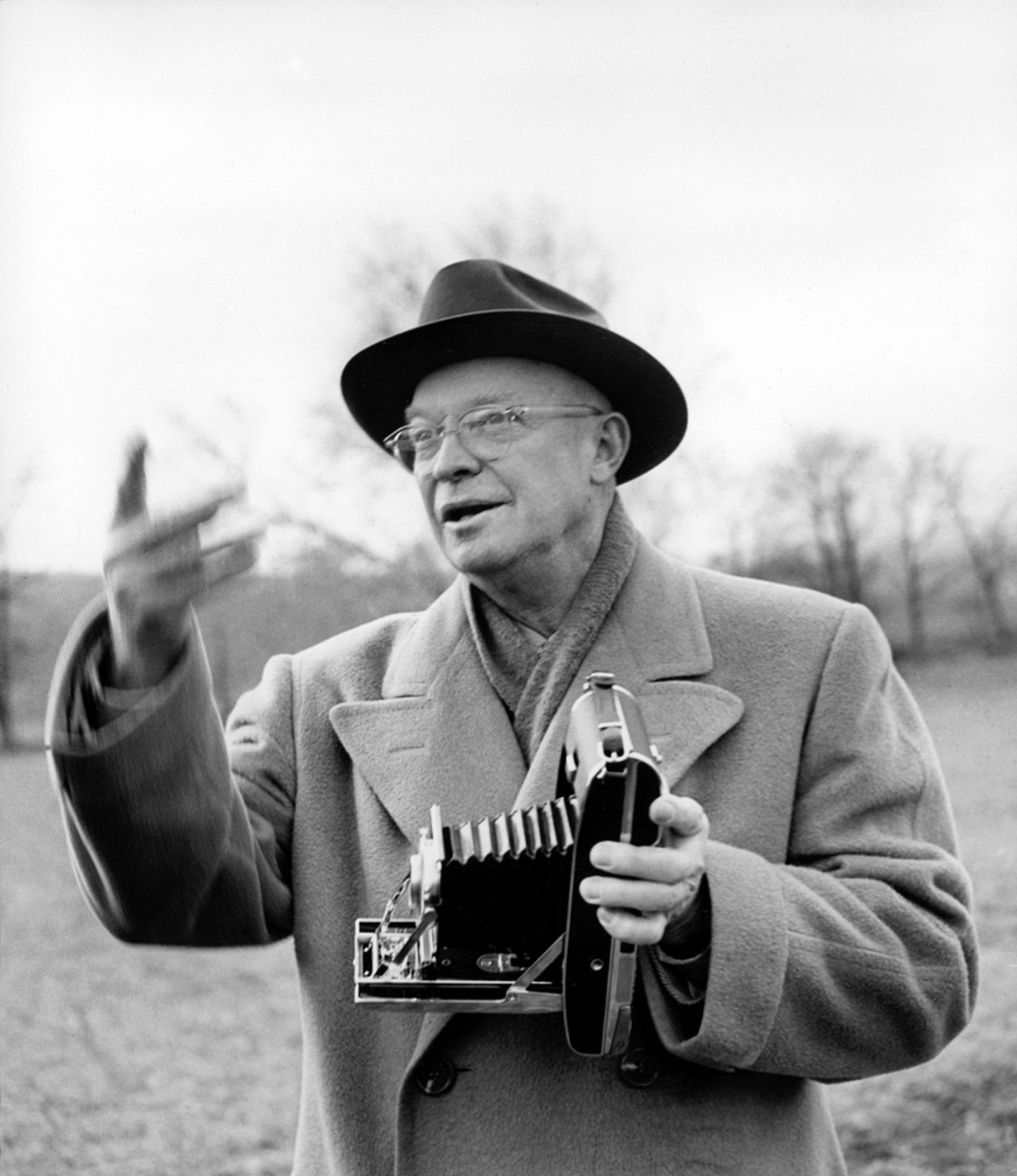 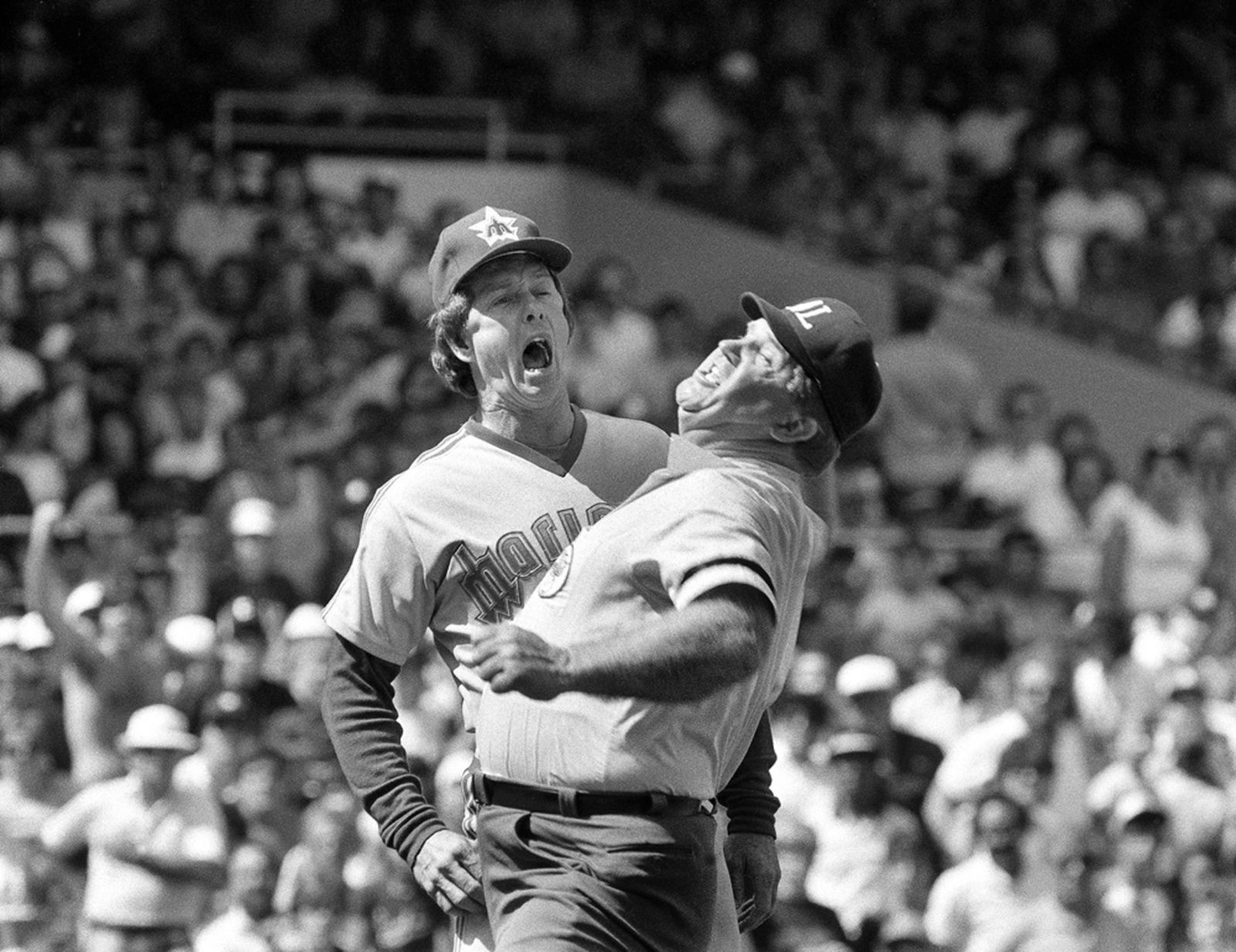 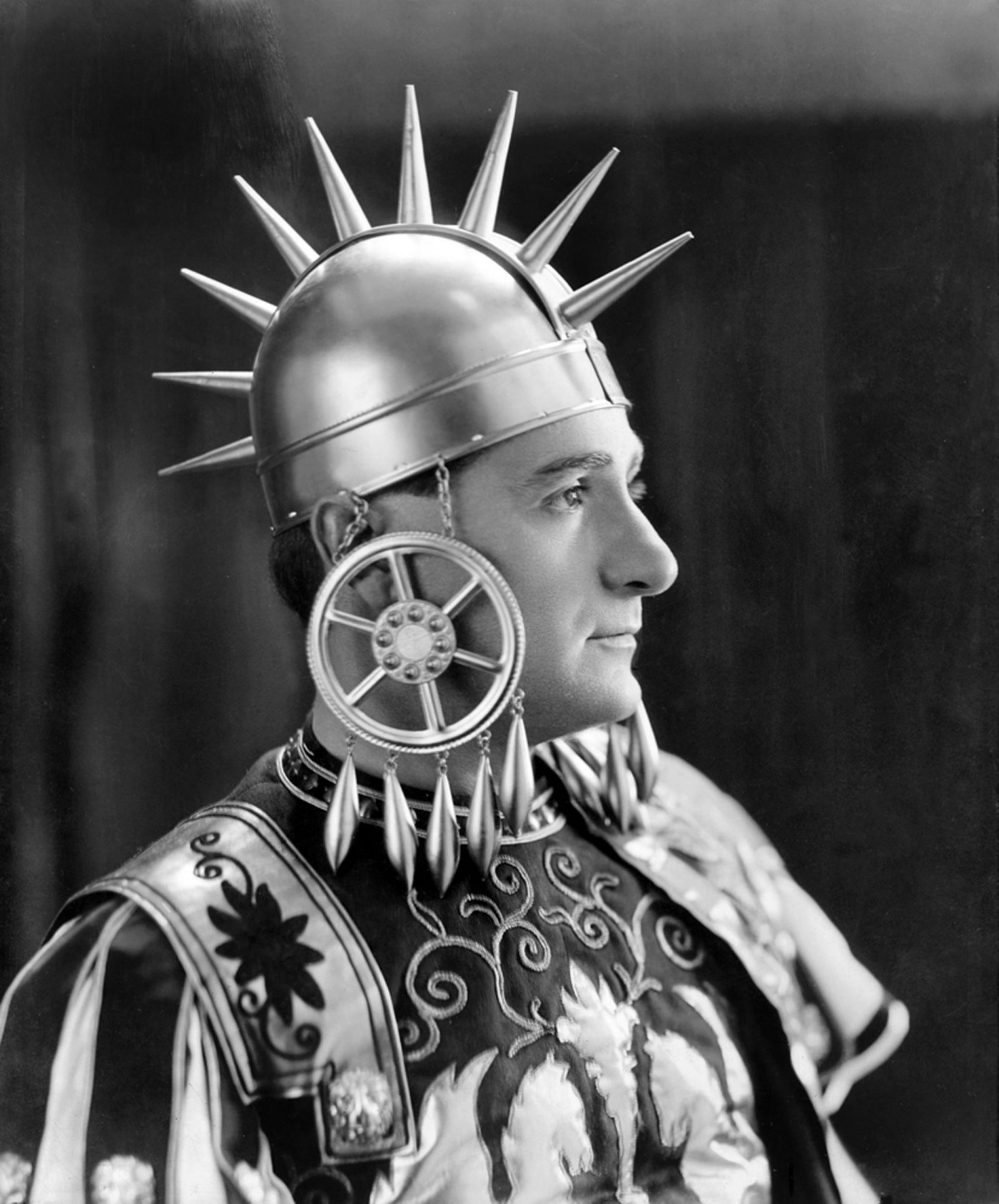 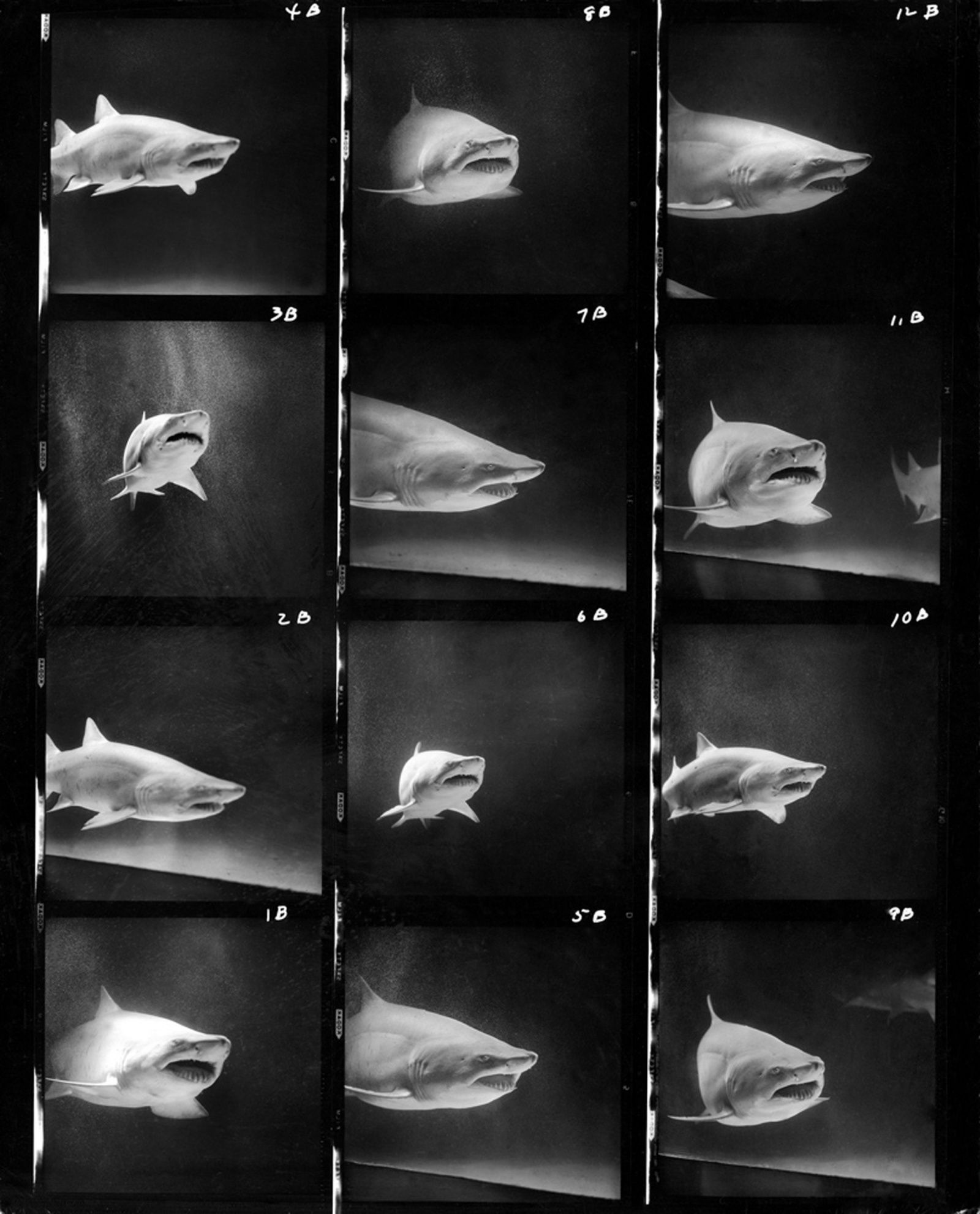 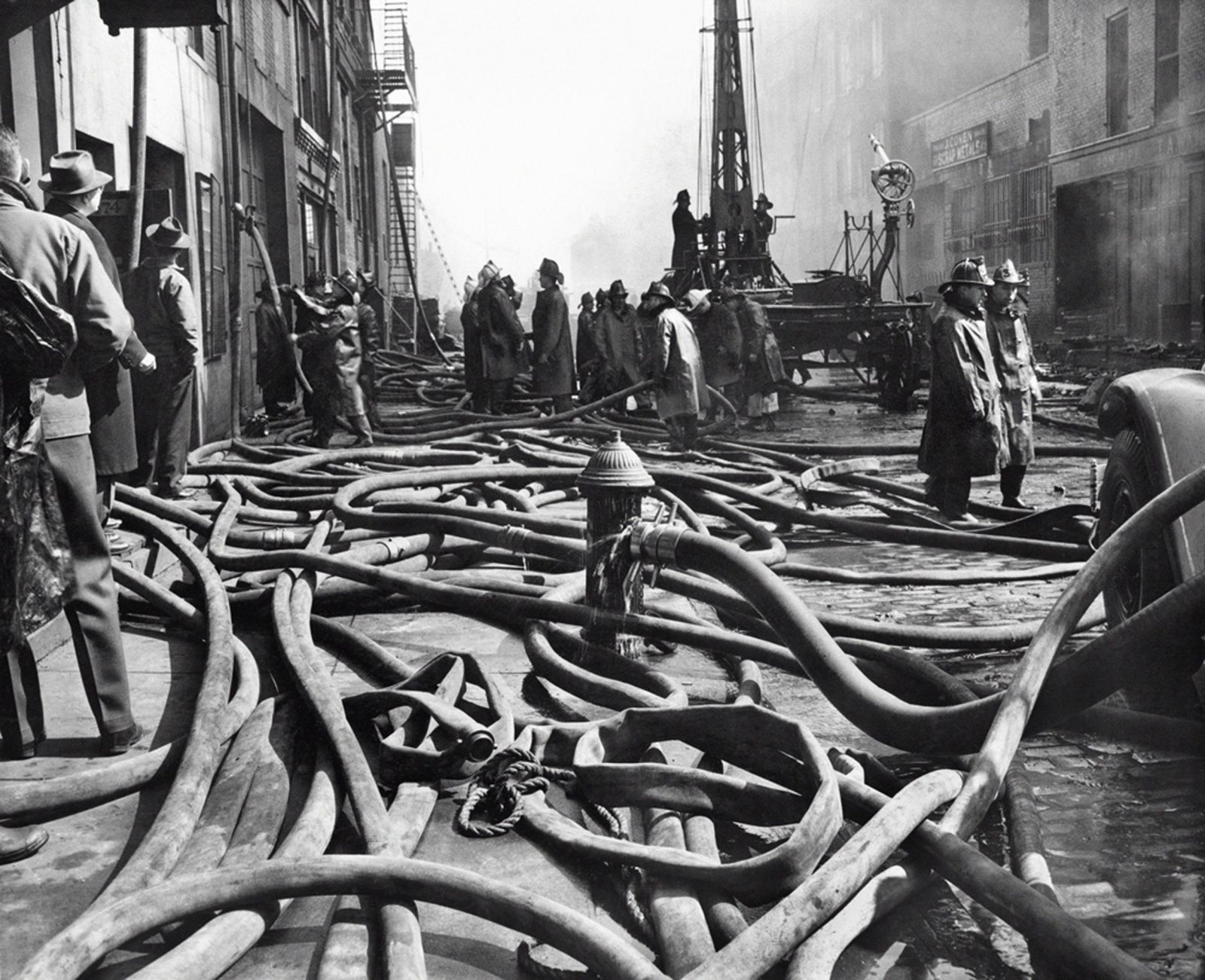 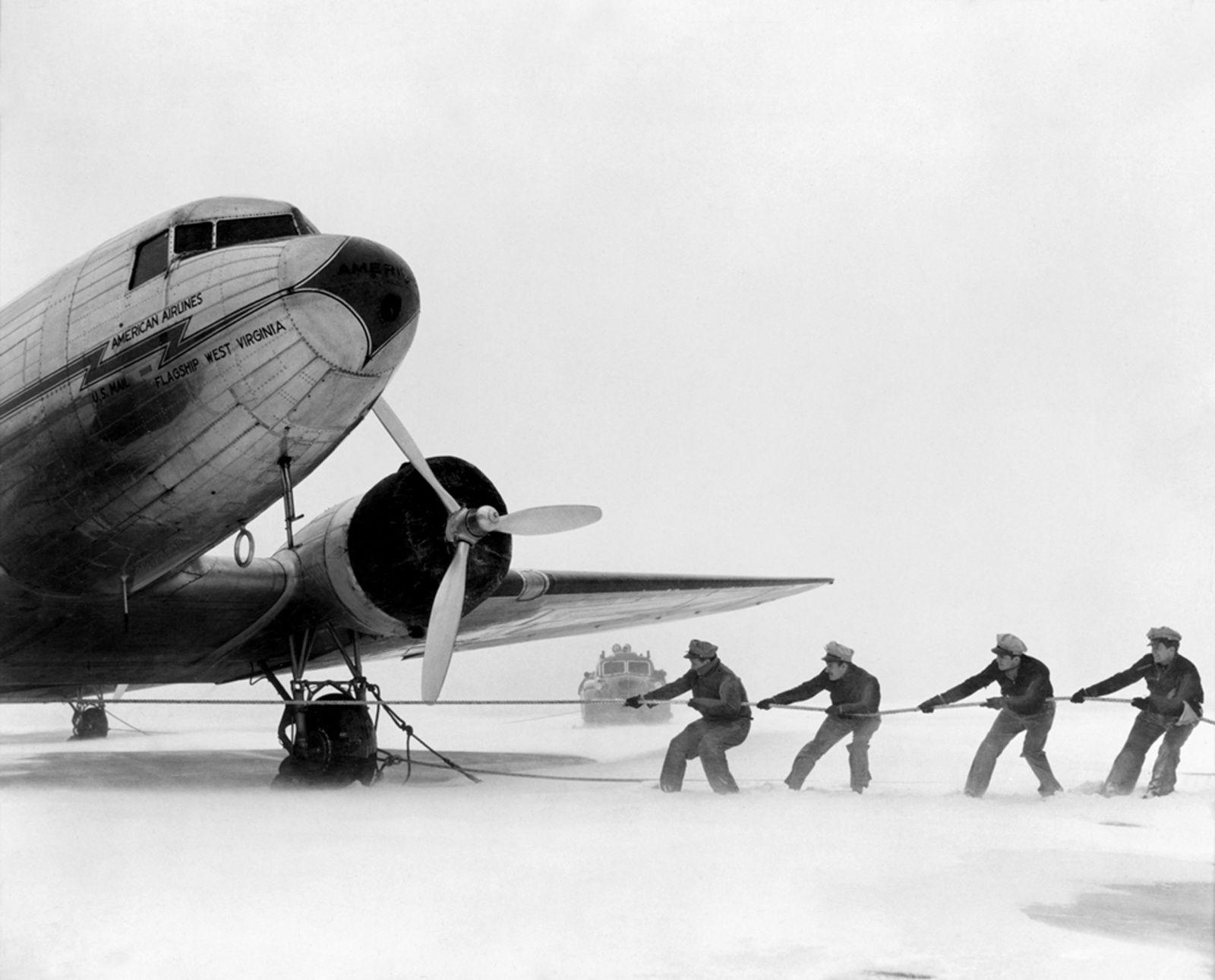 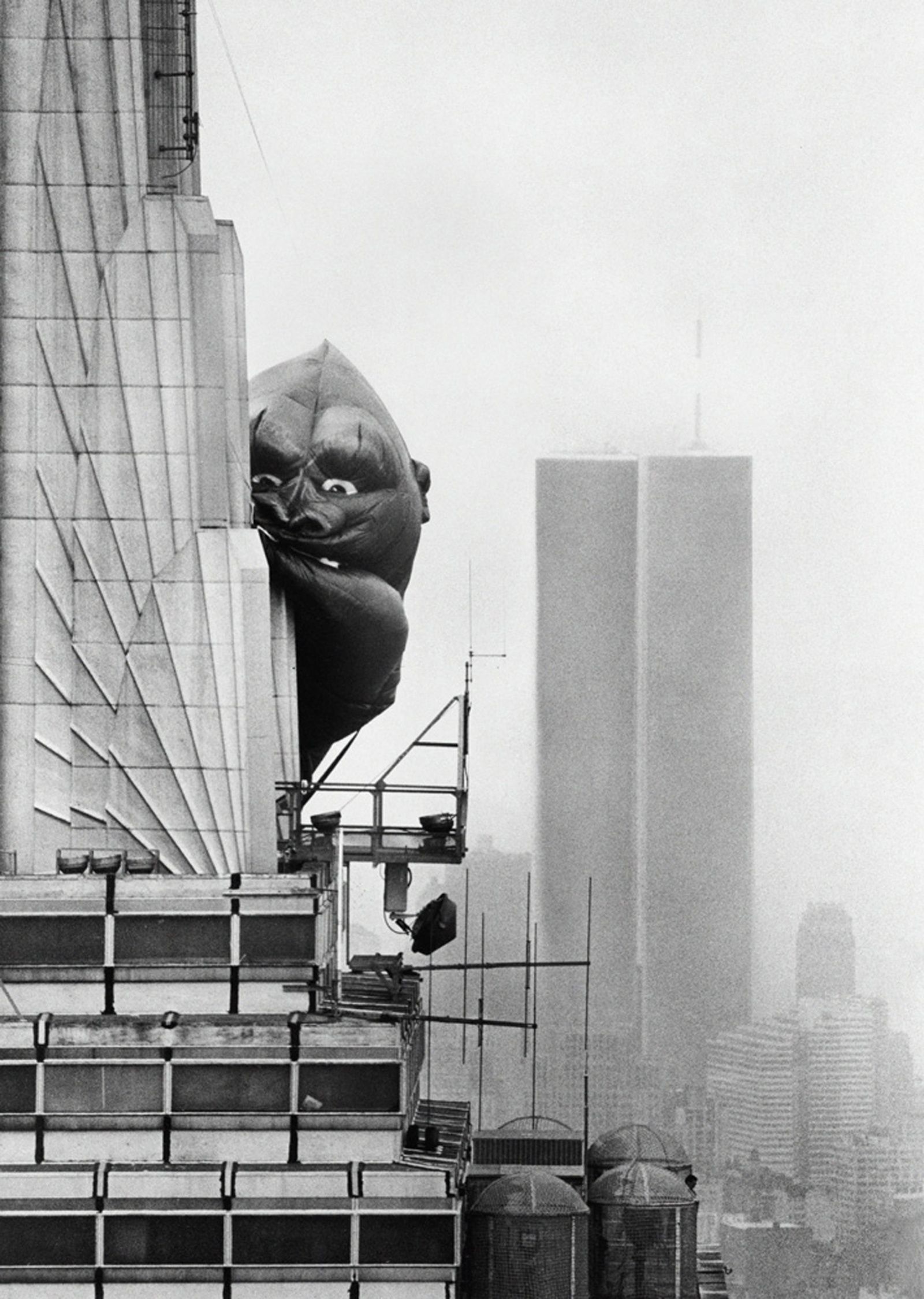 Inside a New York City morgue, the rich, famous and celebrated rest in the same space with the soldier, the wheat farmer and nuns trained in the martial arts. There’s even a car show model who was mauled by a lion.

Eveleigh is a New York Times picture editor who curates the popular Tumblr blog, The Lively Morgue, a collection of historic and often quirky images found in the Times’ photo archive.

Eveleigh will not live to see every photo. The files are believed to hold between 10 and 20 million images. The site reports that if Times picture editors posted 10 new archived photos on the blog each day, they might have every picture online by the year 3935.

“They are all accidental small treasures I did not mean to come across,” Eveleigh said of the serendipity she relies on during her regular visits to the morgue, located three stories below ground level.

The Lively Morgue began as an occasional feature on Lens, the popular New York Times photo blog co-edited by James Estrin and David Gonzalez. In 2012, the Times worked with Tumblr to create a unique site that allows viewers the option to see the back side of each photo, which contains captions, maybe a note on how the photo was used and other notations from editors, photographers and archivists.

Clicking on the blog on any given day creates the same kind of surprise Eveleigh describes when she pulls a picture from a file.

Sure, you will see the expected window on history as only the New York Times can present: Roosevelt, Churchill and Stalin meeting in Tehran, Olga Korbut grabbing gold at the 1972 Olympics and the construction in 1970 of the World Trade Center towers with the iconic beams we remember seeing slumped in smoldering ruins on Sept. 11, 2001.

But the next post could be odd or everyday: Bronx children cooling off in front of an open fire hydrant, a policeman’s horse being rescued after it fell into the East River in 1961 or a portrait of a champion female speedboat racer from 1931 with the caption, “She rivals the best of the masculine speedboat racers.”

The best feature of the blog is not the individual pictures but a narrative thread that provides a smooth, often whimsical transition from photo to photo that Eveleigh hopes viewers detect.

Start with a post showing a contact sheet of a shark at an aquarium. The next offering is a silent movie star standing with a record catch of barracuda. Then more fish with a picture of a woman inspecting fresh catch at a market on Park Avenue. Fish becomes food and the next post shows a waiter’s hand about to uncover a meal on a plate. The thread next runs through a 1964 photo of legendary chef James Beard at his cooking school. The Beard photo is followed by another chef, only this one is dancing the Flamenco at a party he cooked for in 1971. The next transition is from food to dance with ballerinas in 1947 striking a pose that is similar to the dancing chef.

She makes piles of photos that strike her with delight or some other emotional chord. She loosely organizes the piles not by subject but with common elements that unify them.

Eveleigh became fascinated with the Times morgue on her very first trip shortly after she started in 2004. While working as a “floating” picture editor, she would take trips to the morgue during down time between assignments.

“One day very early on in the process I went down at around 11 a.m.,” she said. “Somewhere around 8 that night, my cellphone rang and it was my husband wondering where I was. I completely lost track of time, I was so wrapped up.”

For about six months, she was pulling pictures, forming piles of 20 to 25 photos, scanning them and creating the groupings that give the photos a narrative arch. She didn’t tell anyone until she approached Estrin about featuring some of the pictures on Lens.

The monthly feature was instantly popular, Eveleigh said. Recognizing the popularity of the photos, a member of the Times social media team suggested creating a separate Tumblr site. Writer David Dunlap came up with the name of the blog and was instrumental in its start.

The photos are not limited to those that were published. Sometimes the outtakes are better or she even goes back into the negatives to find a true gem. Legendary picture editor John Morris gave her the best advice: Re-edit everything.

She might agonize a little if asked for favorite pictures. But one that rises to the top for her shows two nuns in full habits at a marshal arts class, including one in mid-air about to land a kick to her instructor.

Another involves the discovery of a genuine presidential artifact, which began with a George Tames photo of Dwight D. Eisenhower with a camera. Her research into the photo uncovered a brief article about a White House press photographers’ awards banquet and a special award presented to the president for a picture he took of the press corp that followed him.

On a return trip to the file, she discovered the very polaroid picture Eisenhower made. He apparently gave it to Tames, who filed it with his negatives.

“Sometimes I get an email from a family member of someone in a photo,” she said. “They had no idea that they were photographed. That’s the happier part of all this when I can bring people back to their loved ones.”