The Walden is the first of Pad & Quill’s top-notch cases that I would actually use. That’s because it ditches the wooden frame of the company’s usual bookbindery cases, instead offering a minimal slipcover that uses adhesive strips to hold an iPad Air in place.

The result is a case as beautiful and classic as other P & Q cases, but slim and light enough to match the slender Apple tablet it protects.

iPad cases have a few purposes. One is protection, obviously. Another is sleep-wake functionality. (These are my main reasons for using a case.)

The last is utility — features that let the iPad do new things. The simplest example of this is a case that folds to make a stand; a more complex case might turn the iPad into the brain and heart of a video-shooting rig. 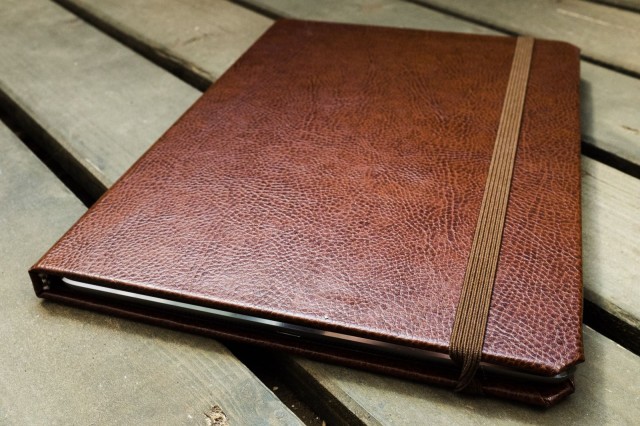 I love P & Q cases. They’re invariably well-made, with a lot of care in their design. But I’ve never used one beyond the review period because I prefer minimal weight over bulky defense. I don’t need the level of protection provided by the Baltic Birch frames used in all P & Q’s other cases.

The Walden, though, is a beauty. it does away with this bulk and slims down to just the rigid, leather-covered, uh, cover. Your iPad is held in place with 3M adhesive strips, and the case is held closed with a color-matched elastic strap. A magnet inside the cover drives full (and reliable) sleep/wake functionality.

It’s slim and light, and the stiff cover offers as much screen and corner protection as you could need. The 3M adhesive strips are as tenacious as piranhas and, unlike most other stick-in cases, the strips can be cleaned and reused.

I also dig on the (optional) pocket inside the front flap, which is great for tickets and other bits of paper or even a spare SIM or microSD card. 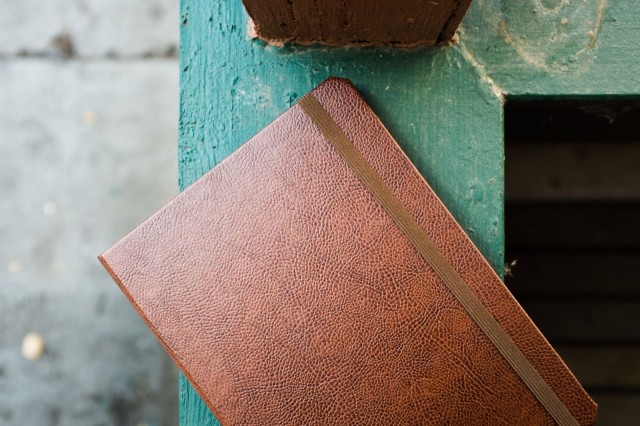 But what I like the most is the weight of the Walden. It weighs — according to my kitchen scale — 218 grams (7.7 ounces). That actually sounds like a lot next to the 478-gram iPad Air, but it doesn’t feel heavy. In practice, this is one of the lightest-feeling cases I’ve used, in the range of Moshi’s VersaCover (without the keyboard).

There are just two things I don’t like. First, the Walden doesn’t clean my iPad’s screen for me. Lazy, I know, but Apple’s Smart Cover does this with its microfiber lining. Second, the Walden doesn’t fold to make a stand. Then again, if you flip the cover around to the back and snap the elastic strap closed over it, you can slip your hands in between for pretty good one-handed use.

In short, if you’ve wanted a P & Q case but found them too bulky, give this one a go. It’s great.