Hey bike thieves – if you see a Skylock on my bike, then go ahead and cut through my frame and leave the lock behind. Why? Because my shitty beater cost like €50 and the Skylock is $250, that’s why. 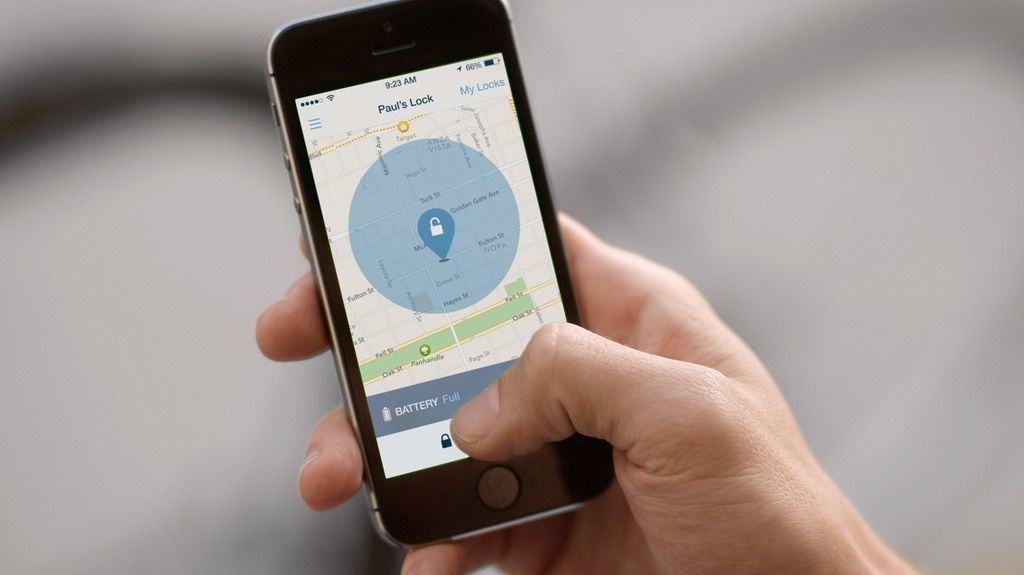 The Skylock will do the following, in addition to securing your bike:

I actually like the Skylock quite a bit (except the price-tag that is). It connect to your phone using Bluetooth 4.0, so the battery never runs down and you can use your iPhone to unlock your bike with a tap of the screen (or using proximity or the capacitive touchpad on the lock itself).

I also like that you can use the app to log the bike in to a local Wi-Fi network and receive alerts when anyone tampers with the lock or your bike.

And the accident alert feature is also pretty cool, especially as it uses your iPhone’s network connection to do its stuff. I don’t see it being so useful in the city, but if you’re touring alone and come a cropper, then it could save your life.

The sharing feature is also neat. You can lend you bike to your iPhone-owning friends right from the app.

But the best part is the promo video, which totally has a homage to Ferris Bueller’s Day Off in the middle of it.

The Skylock launches its crowd-funding campaign today, at a pre-order price of $159, so go check it out.

Number of comments on this postLeave a comment
Posted in: News, Top stories Tagged: apps, bikes