Machine Crush Monday: 1976 Gibson Explorer | Cult of Mac
Cult of Mac Mobile menu toggle
Mobile menu toggle
FULLSCREEN
Ahead of its time when released in the 1950s, the Gibson Explorer fits right into the rock 'n' roll landscape two decades later. Photo: Jim Merithew/Cult of Mac
Also in 1976, a couple of longhairs named Steve and Woz start a little computer company you might have heard of.
Sylvester Stallone becomes a Hollywood heavyweight after his 1976 boxing movie turns into an unexpected hit.
JVC's HR-3300 video cassette recorder, unveiled on September 9, 1976, becomes the first VHS-based machine to hit the market.
The humble peanut farmer from Plains, Georgia, defeats incumbent President Gerald Ford.
Hot on the 7-inch heels of surprise hit Alive!, the paint-faced rockers unleash Destroyer in 1976.
The nation's Bicentennial celebration drapes the United States in red, white and blue.
One of Marvel Comics' most unlikely heroes goes solo in 1976.
Viking 1 puts a lander on the Red Planet on July 20, 1976.
The parody stickers' highly successful second run fades away with the 1976 series. Bubble gum was never so fun.
Director Miloš Forman's One Flew Over the Cuckoo's Nest wins big at the Academy Awards in 1976, sweeping the "big five" Oscars. 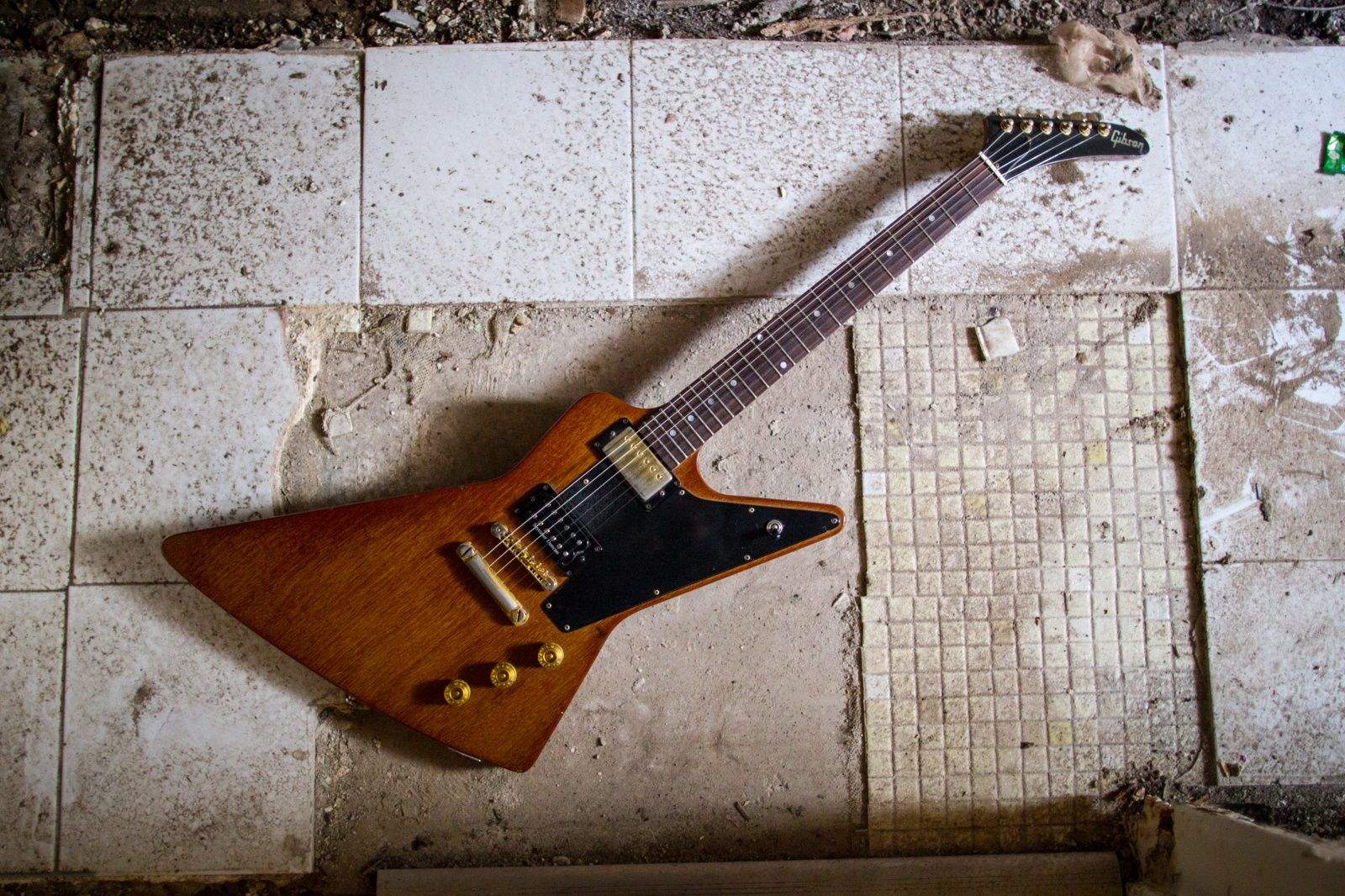 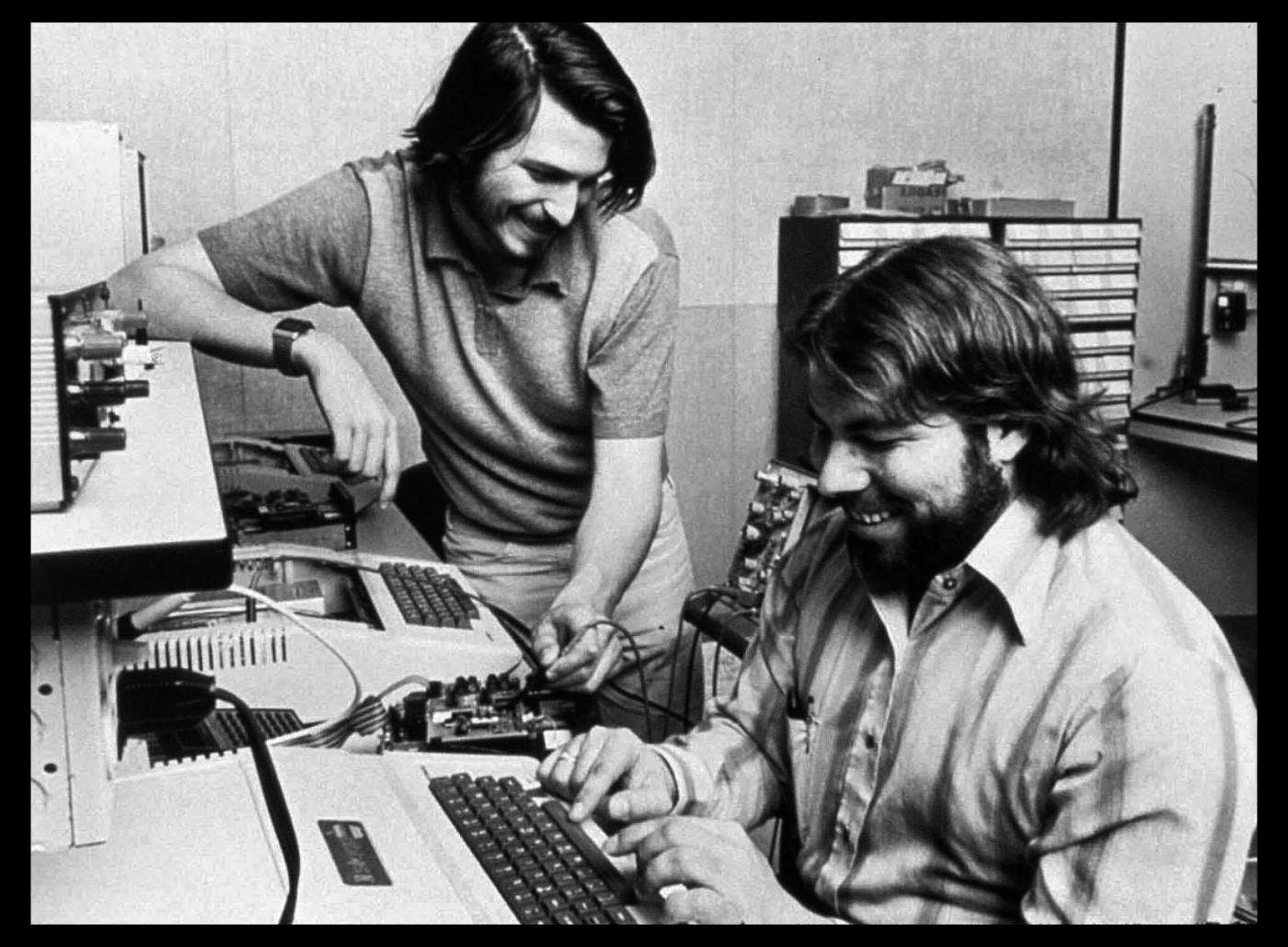 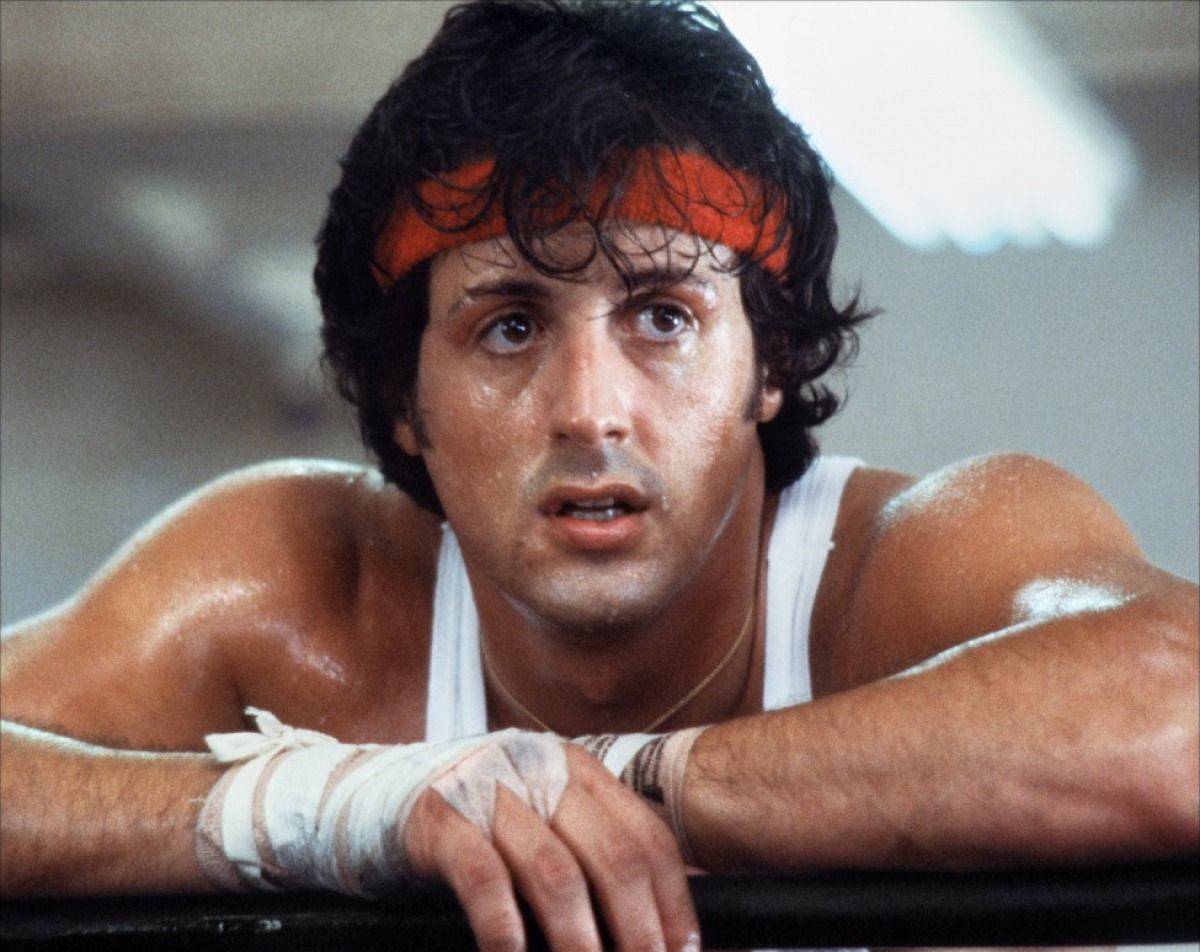 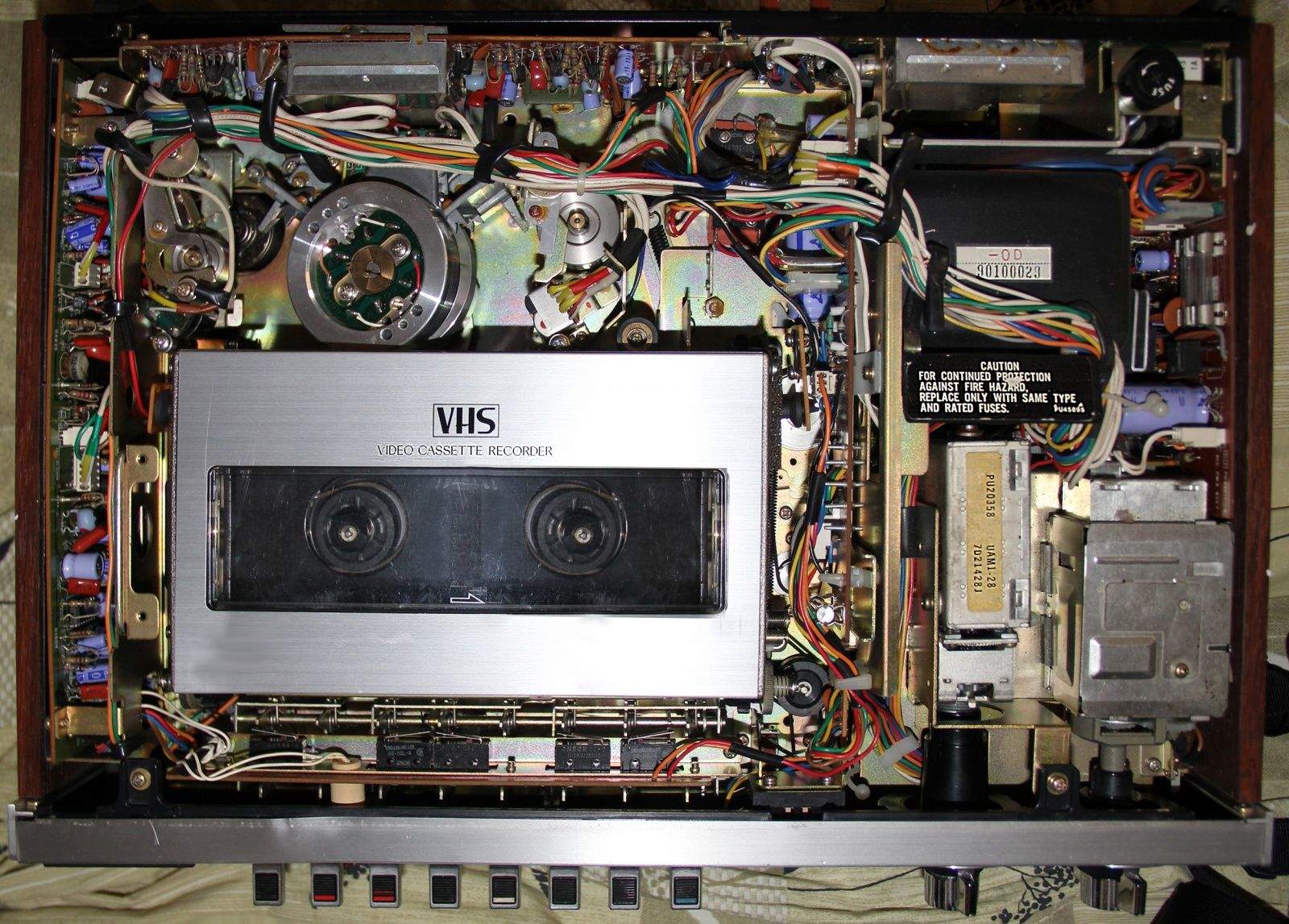 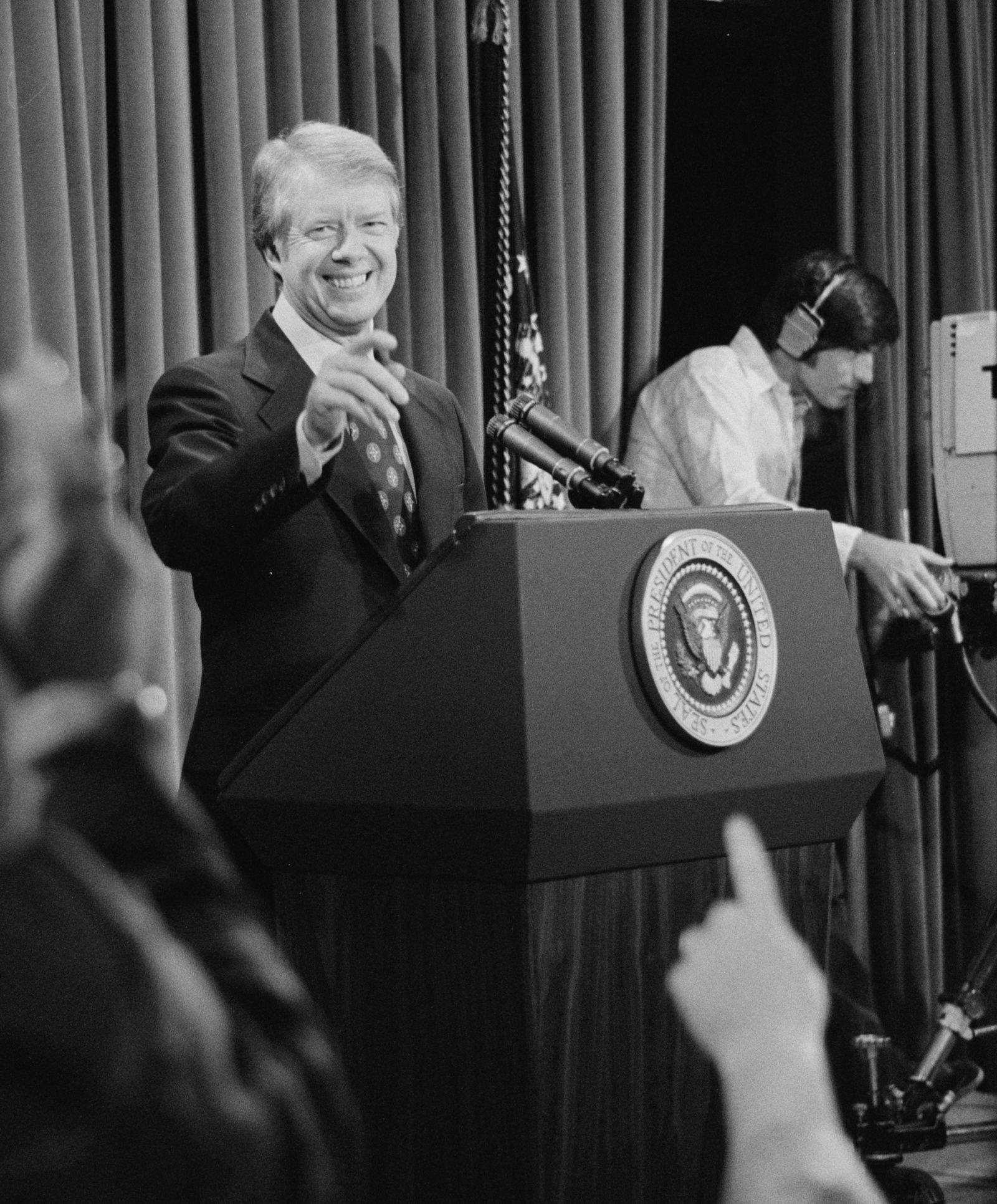 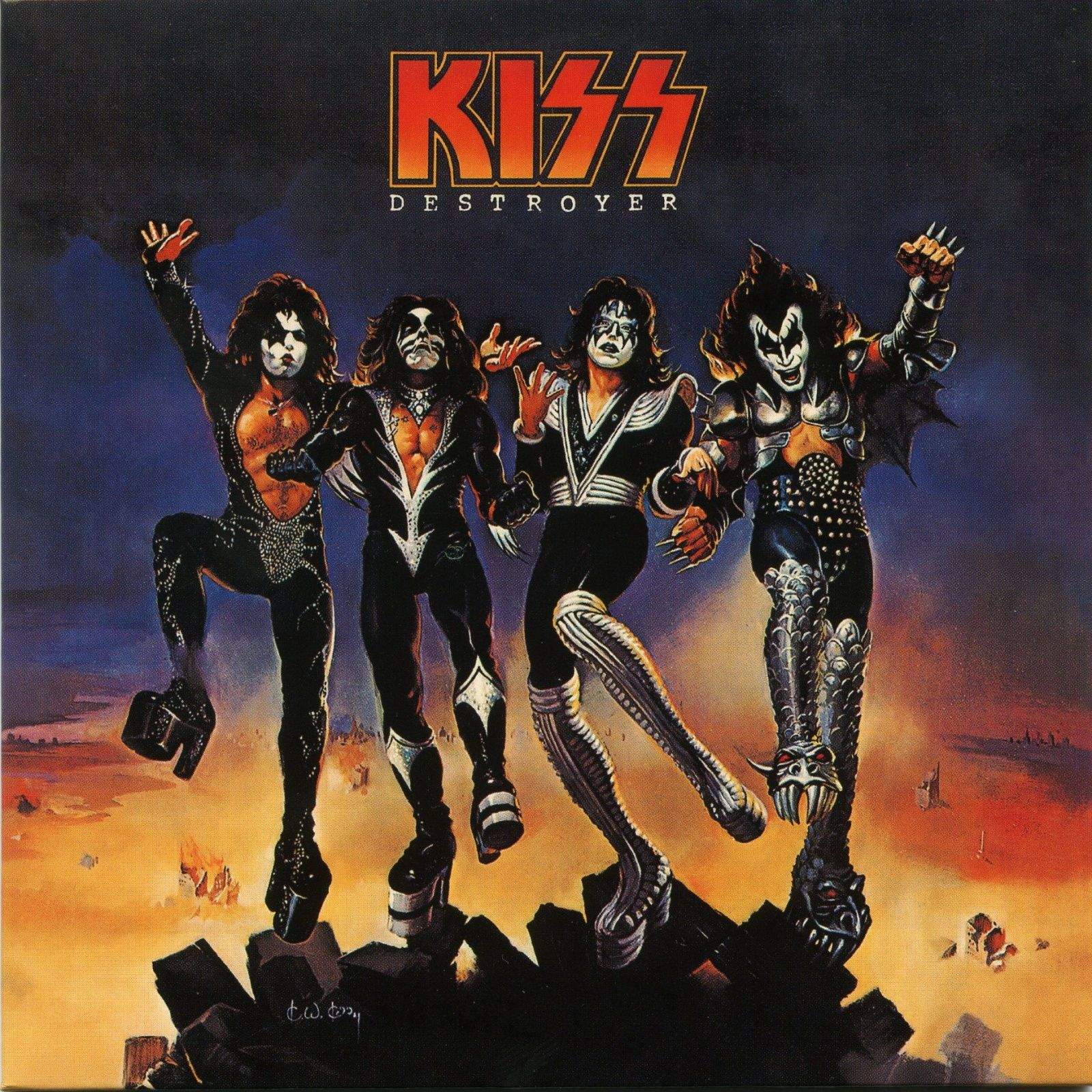 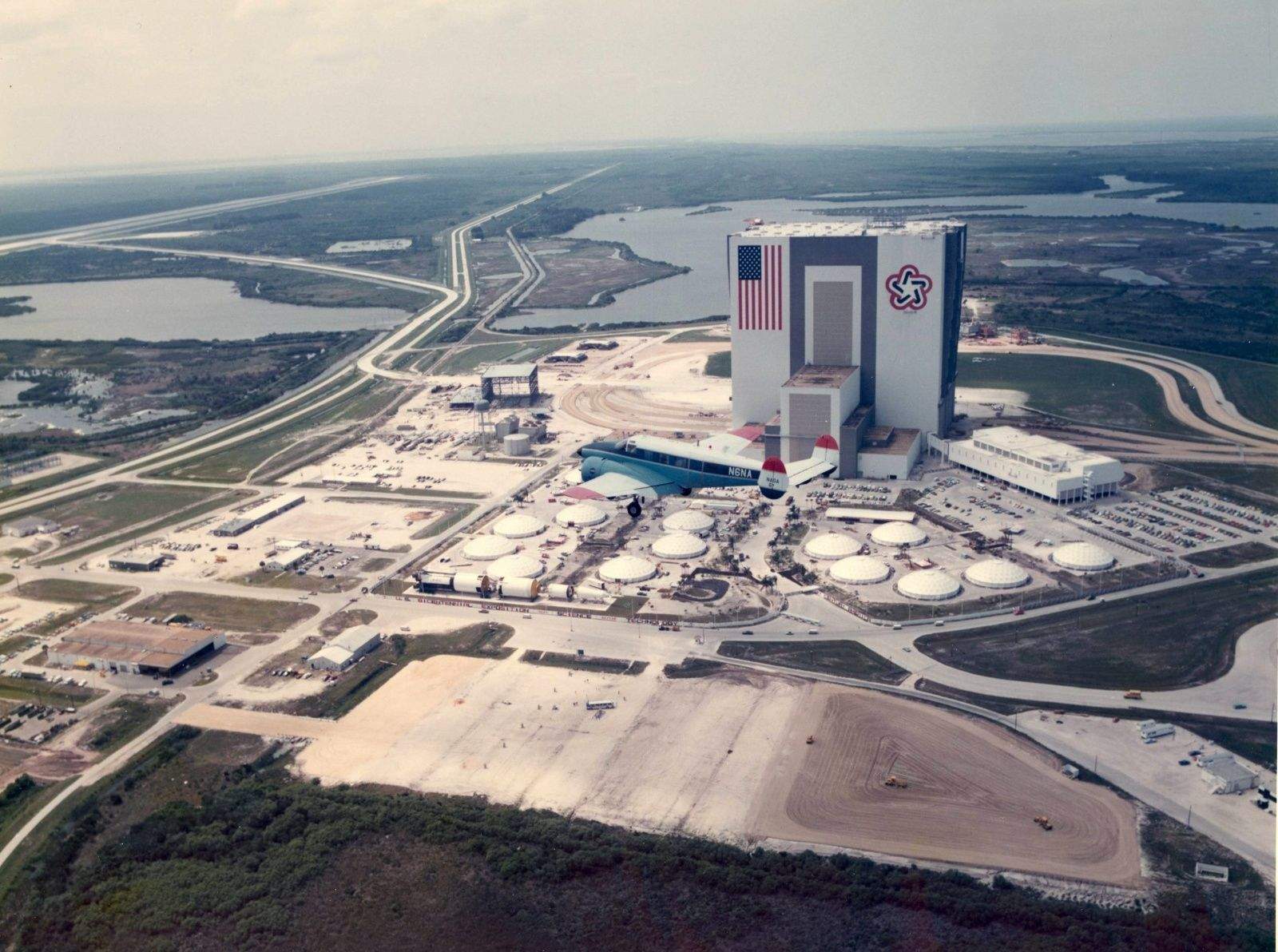 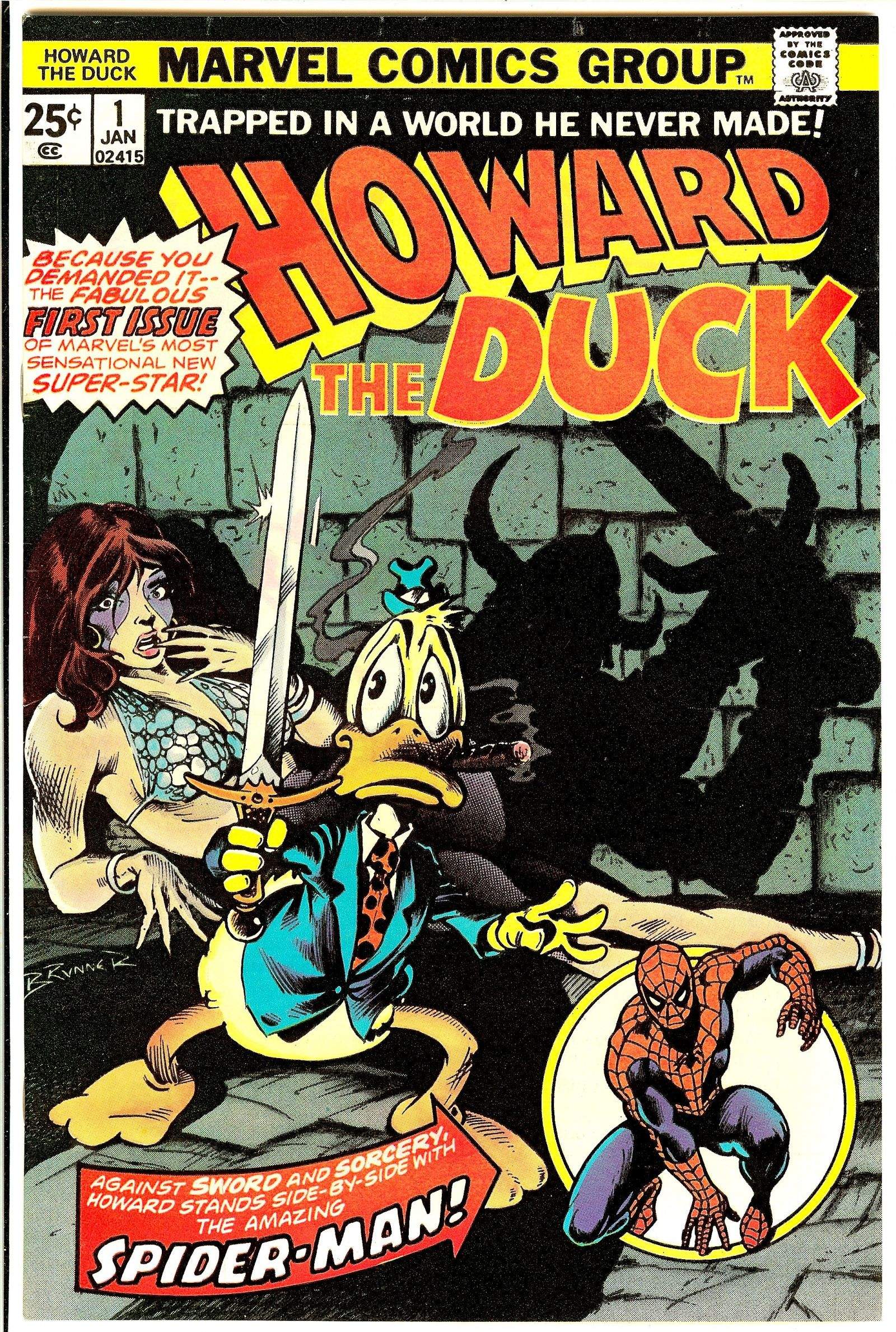 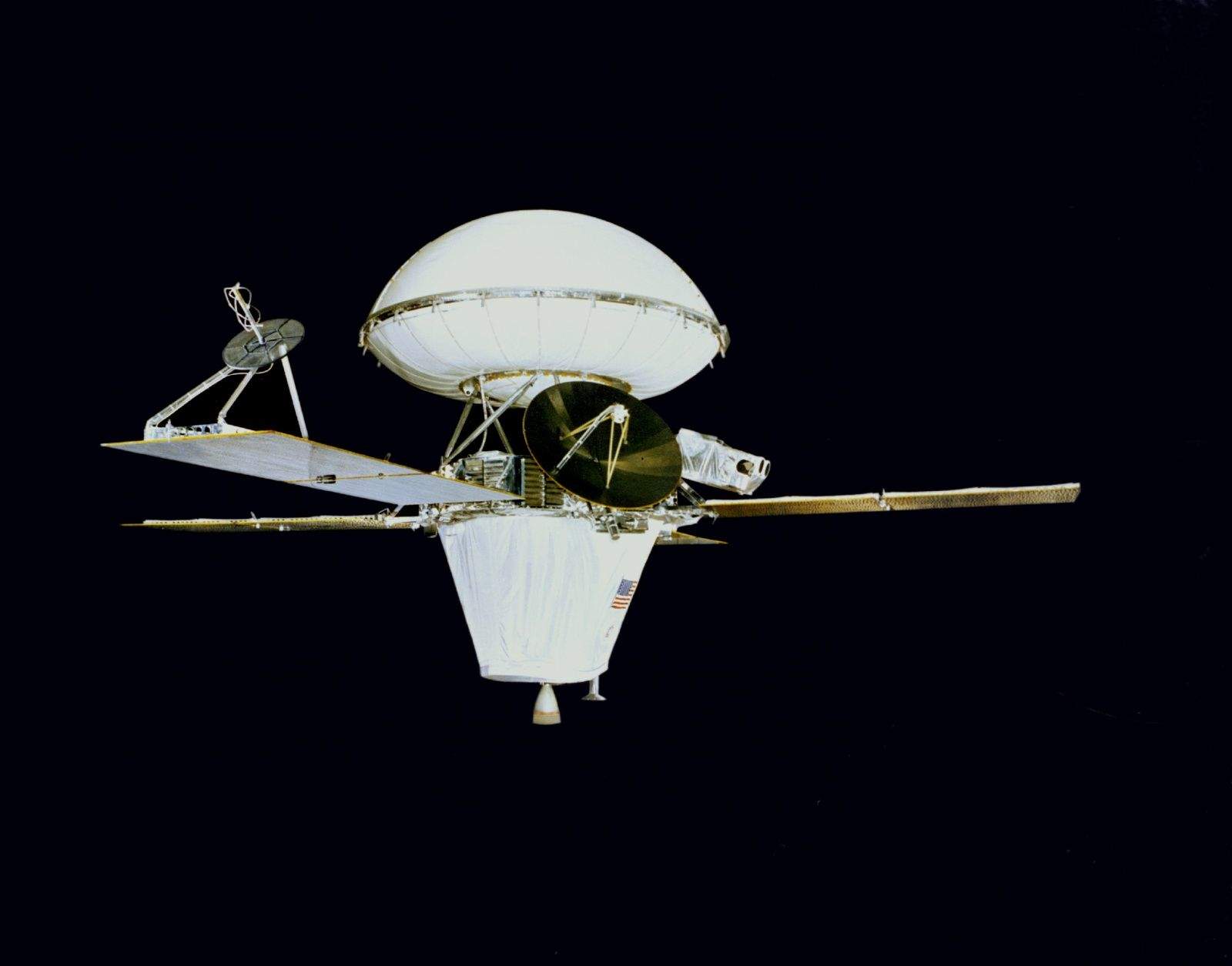 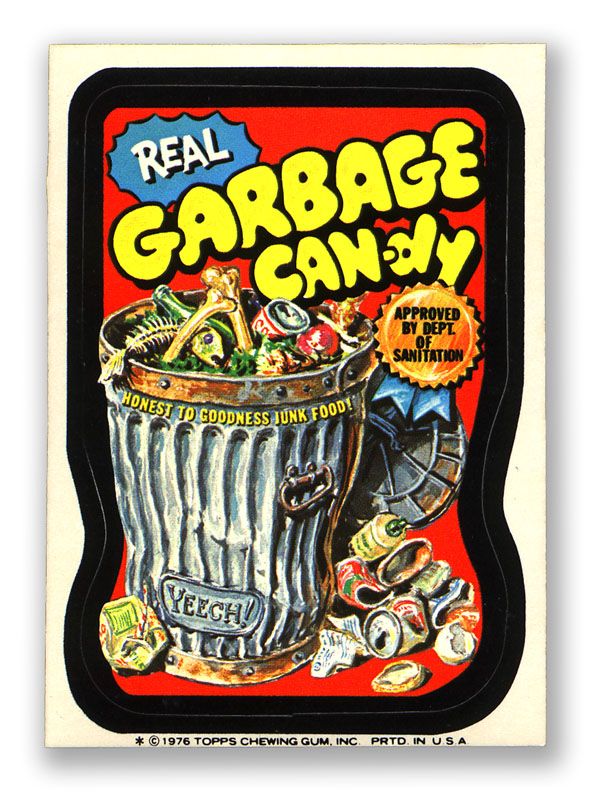 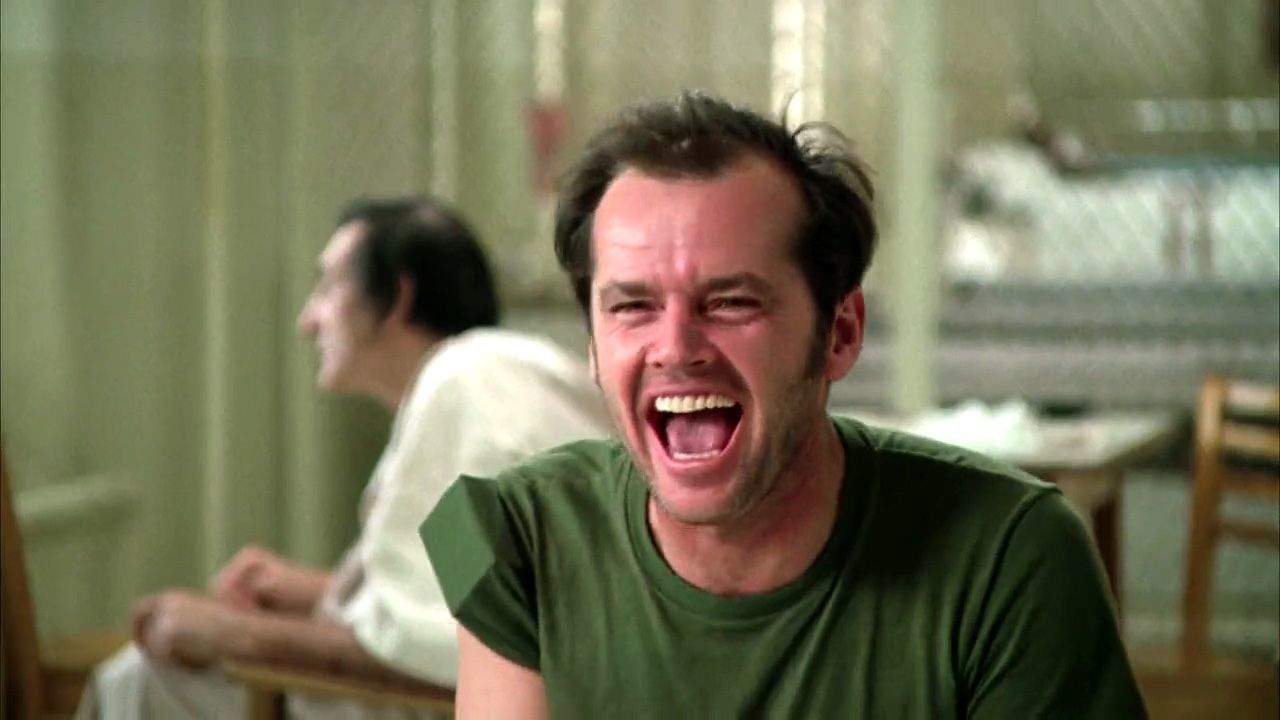 To me, the 1976 Gibson Explorer means lust at first sight, love at first feel and that rarest of man-machine crushes: an enduring passion that persists long after I plunked down my hard-earned cash.

Gibson’s luthiers prototyped the Explorer (alongside pointy siblings the Flying V and the apocryphal Moderne) in the ’50s. The space race was on, rock ‘n’ roll was coming into its own and cars boasted bold curves and sci-fi fins. The Explorer and Flying V were released in 1958, a year after the Soviets launched Sputnik 1. (The Moderne didn’t makes its official debut until 1982.)

Like the beautiful but doomed Power Mac G4 Cube, the radically shaped guitars were clearly ahead of their time: These pointy instruments, which years later would become staples of heavy metal and hard-rock style, flopped hard. Gibson discontinued both lines within a few years.

In 1976, spurred by the success of competitors’ Explorer clones, Gibson came to its senses and reissued the Explorer. The natural mahogany finish on the best of these, much like the lighter Korina of the original models, gave the strangely shaped guitars a retro-futuristic look. That marriage of old and new is coming back into fashion now as designers tumble to the innate beauty of natural materials.

My first glimpse of a mahogany ’76 Explorer occurred in an unlikely place: the orchestra room at my high school. Owned by a long-haired cellist who also happened to be the best guitar player in our school, the angular ax took my breath away when he brought it in to jam during study hall.

Honestly, I couldn’t believe he let me touch it.

I picked it up gingerly, swooning over the wide, flat neck that jutted out from the Explorer’s finned body. It felt sleek and fast — like some sort of heavy metal speed machine. The guitar’s unusual shape made it seem awkward at first, but after a few tentative minutes playing it, I knew I would never again be satisfied with the no-name guitar I played in my no-name band. From that moment, I knew exactly what guitar I wanted to play.

It took me a while, but I finally found one to make my own. Flush with my first paycheck from my first job (doing deliveries for The Pizza King in a rusted-out Pinto wagon), I went to the guitar guys at the local music store and told them what I wanted. They leafed through their xeroxed vintage guitar mailing lists and found some guy in Missouri or somewhere who was selling a mahogany ’76 Explorer.

This was in the ’80s, long before Craigslist and eBay made it easy to track down the objects of your obsessions. There were no pictures to see, just a short, typed description of the instrument that offered precious few details. I put down a deposit and waited for the guitar to arrive, with the assurance that if I didn’t like it I wouldn’t be bound to complete the purchase.

It showed up a couple of weeks later. When the guitar store guys opened the Explorer’s velvet-lined hardshell case for me, I couldn’t help but stare at the guitar’s imperfections. Something, probably an overzealous drummer’s cymbal, had cut a nasty gash in the Explorer’s slender wooden waist. Plus, a previous owner had gotten crazy with a can of paint, covering the standard white pickguard with a sloppy coat of black. I felt slightly sick about paying $650 for a used guitar exhibiting these signs of abuse, but that all faded away once the salesmen put that sweet musical slab in my hands. After a few minutes playing it, I sealed the deal.

My ’76 Explorer (pictured above and below) is what’s politely termed a “player.” The value of vintage guitars climbs the closer they are to stock, and mine has been modified repeatedly over the years. That cymbal gash? Filled in and buffed over so the wood wouldn’t split further. Before I bought the guitar, somebody moved the upper strap button from the Explorer’s shoulder to its back, a relatively common mod that gives the instrument a much more balanced feel when played standing up.

I made my own upgrades, slapping in a Duncan Distortion humbucker in place of the original bridge pickup, which refused to stop feeding back when I cranked it through a high-gain amp. I ditched the inline Kluson tuners, which absolutely would not stay in tune. Recently, I had the guitar refretted, which detracts from its resale value but restored it to its supremely playable state.

And that’s what we buy guitars for, right? When I plug in that lightning-bolt-shaped beast, I get sustain for days. The Explorer’s giant rear fin, which admittedly took some getting used to, trembles with energy under my forearm when I pound out a few chords. That fat plank of a rosewood fretboard begs for some serious string-bending. And the tone — it’s just plain rock ‘n’ roll. That’s why Explorers have ended up in the hands of players as diverse as U2’s The Edge, Lynyrd Skynyrd’s Allen Collins and Metallica’s James Hetfield over the years.

More than three decades after I bought mine, I’m glad those few physical blemishes didn’t give me cold feet. That exquisitely shaped piece of mahogany became my musical soulmate (or maybe that should be “solo mate”). Of all the instruments I’ve ever owned, that Explorer is the one I’ll never part with, no matter what. Even when RSI kicked my ass and I started playing bass a lot more than guitar, the idea of selling my Explorer just never surfaced, even when I was at my most cash-strapped.