Let’s face it, touchscreen controls just aren’t the same as old fashioned, plastic buttons. Free emulators on the iPhone make it easy to play classic games, but the D-pad doesn’t translate very well to a touchscreen.

If you’re feeling particularly nostalgic for the days of the Game Boy, an iPhone accessory called the G-pad hopes to give you the best of both worlds. 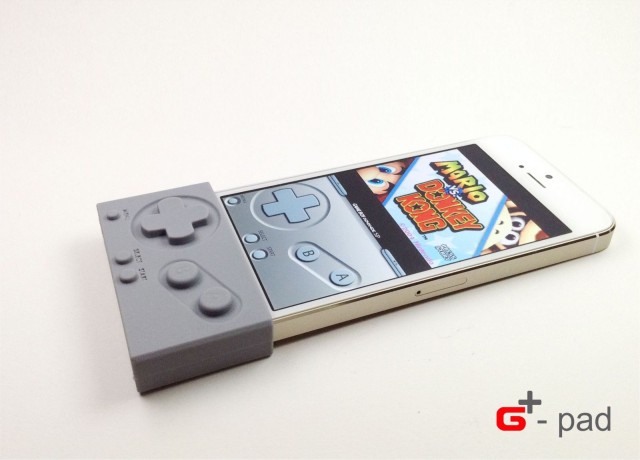 The idea came from a dad watching his son struggle to play retro Nintendo games on the iPhone. Instead of a fancy plastic shell that pairs over Bluetooth, the dad decided to make a simple sleeve out of silicone that replicates Game Boy Advance controls.

It looks like there is little room to fail with an accessory this basic, but the success of the G-pad will depend entirely on how it actually feels to use. If the silicon feels solid and the buttons are responsive, it could be great.

The G-pad Indiegogo project just started and the goal is to raise $16,000. A $13 backing gets you one when they go into production, and the final retail price will be $33. Compatible devices include the fifth gen iPod touch, iPhone 5s, 5c, 5. If the goal is reached an iPad mini version will be offered.