Braven’s 710 Bluetooth candybar speaker has a lot going for it. It’s the same size as my favorite pocket speaker ever, the Braven 650. It’s made of aluminum, it has the same battery-sharing tech as all the other Bravens, and it even fixes some of my complaints about the 650 – it has proper buttons for volume and play pause.

Hell, it’s even waterproof. But there’s one thing that isn’t quite so good. It doesn’t sound as good as the 650. Not by much, but enough that you should still buy the 650 – unless you want to use it in the shower.

The 710 is a Bluetooth speaker with NFC (not supported on iOS). It’s a little bigger than the 650 – not that you’d notice unless you put them side-by-side – and it has an all-new left panel. Instead of little plastic nubbins, the whole panel is covered in rubber, and divided into four buttons: play/pause, volume up, volume down and power. 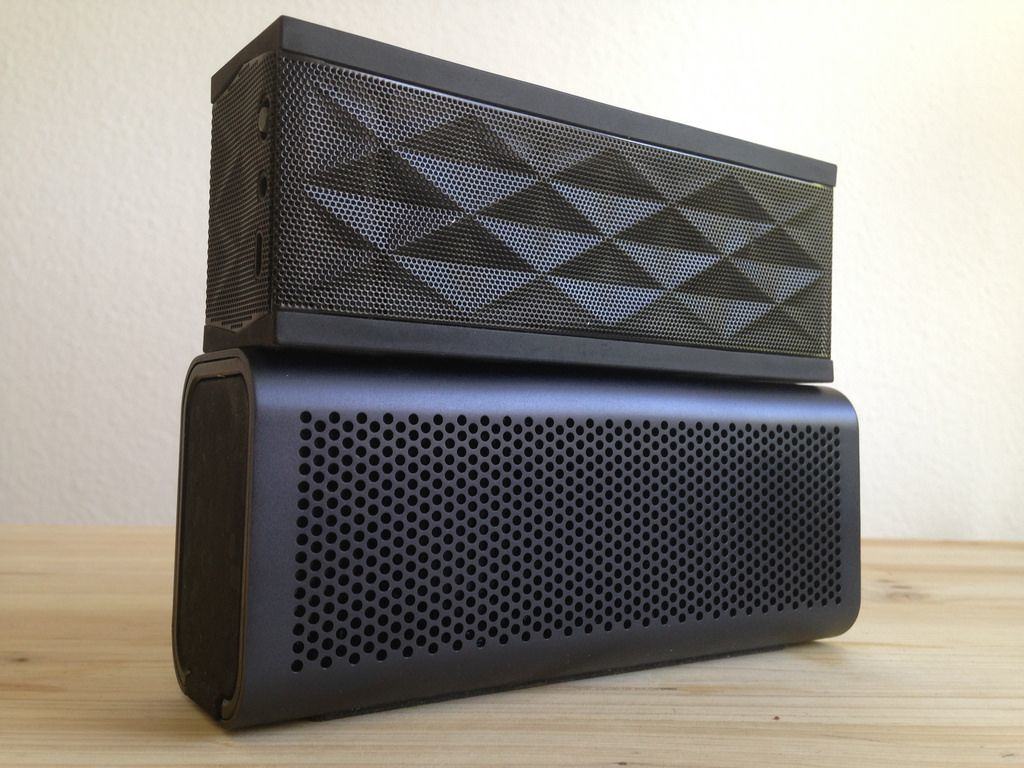 At the other end you now have a removable (and lose-able) rubber lid which covers the microUSB charging port, the full-size USB port (for charging your phone from the speaker), plus an LED battery indicator and aux in/out jacks.

Aux-in is for hooking up the speaker via a cable. Aux out lets you pass the incoming sound out to another speaker, and the 710 can thusly be used as a kind of Bluetooth receiver for a bigger, not Bluetooth speaker. It’s neat.

You can also buy two 710s and uses them – wirelessly – as the left and right speaker sin a stereo pair. I didn’t test this, due to the lack of a second speaker.

It’s really frikkin loud. I mean so loud that you want to turn the thing down, and it manages this without distortion. The speaker is clear, loud, and great for movies as well as music. And becasue you don’t get an AirPlay delay, it’s also cool for games. 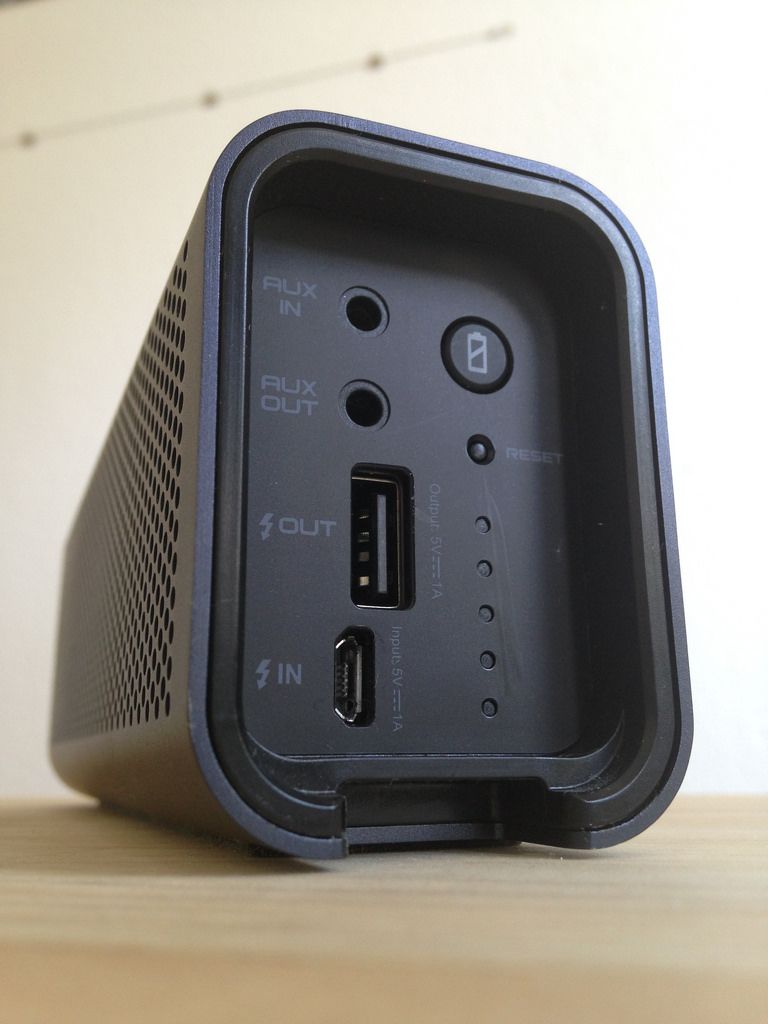 It also looks great. I’m testing the dark gray version, and it looks fantastic – even better than the naked aluminum version that matches the original.

And the waterproofing is good for the shower, the beach, the pool and so on. Technically it’s “weatherproof,” so you can’t immerse it, but I haven’t managed to drown it in months of testing,

Bass: There’s not nearly enough. I figure it’s due to the waterproofing, but the 710 lacks punch. While it sounds good, and it sounds loud, it also sound like a small speaker. Not tinny, just small.

Crank it with some Portishead, for example, and the vocals come through loud and clear, but the bass, which makes bigger speakers start to walk across the room, just sits there at the back. If you lower the volume of the 710 to match, even the original Jambox sounds better.

The 650 was much better in this regard, but then it wasn’t waterproof.

The 710 is fine. That sounds like damning with faint praise, and it is. But everything about it is top notch, apart from the sound quality. Or rather, the bass quality. The speaker is solid, super well built, has a bundle of neat features, but the sound just isn’t up there with the rest of Braven’s range.

Number of comments on this postLeave a comment
Posted in: Reviews Tagged: 710, Braven, Good, reviews, speakers