The little Luxi turns your iPhone’s front camera into a light meter. A what? A light meter, a device that measures the amount of light falling on a subject so that you can set the exposure correctly on your camera.

But wait, doesn’t you camera already set its own exposure? Doesn’t it have a light meter built in for when i want to kick it old school in manual mode? Yes and yes, but this $30 widget might still be handy.

In combo with a companion app, the Luxi is little more than a white translucent dome that covers your iPhone’s front camera, and tells you how much light is falling on it. This is translated in the app to tell you the exact settings you need to dial in on your camera. 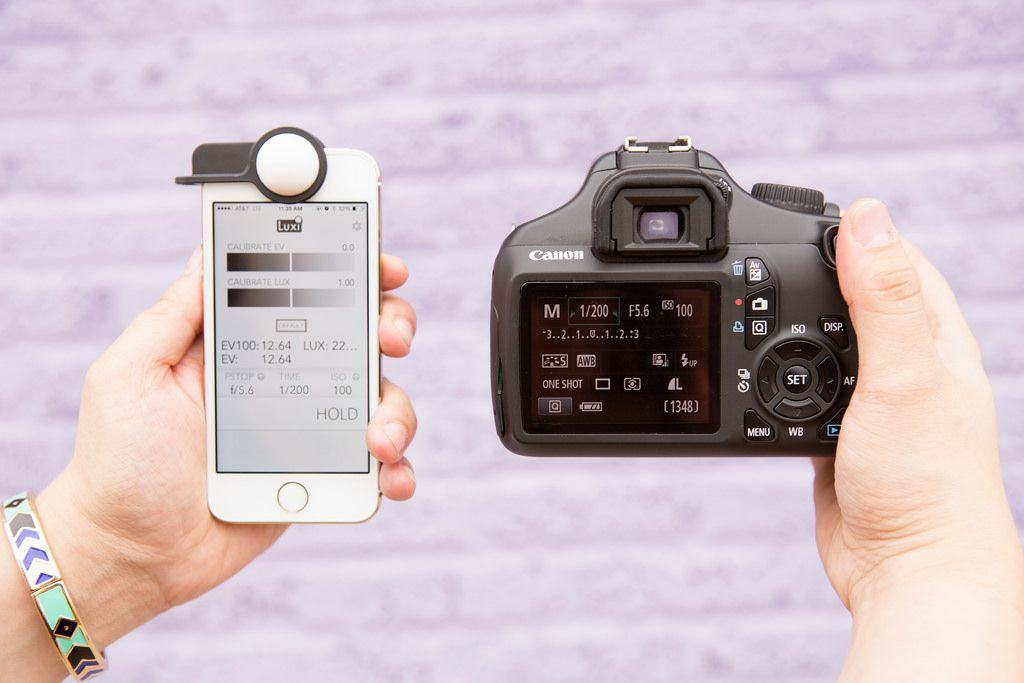 The big difference is that the Luxi measures the light that’s falling on your subject, not the light that reflects from the entire scene in front of you. That’s becasue even the fanciest of cameras can be fooled.

Imagine you are snapping a picture of somebody. Their face in in deep shadow, but the scene behind them is lit up by the midday sun. Even the best camera may get confused, thinking that you’re snapping a photo of the whole scene and that your subject is maybe just some dumb rock in the foreground. So your friend’s face is plunged into black while the junk-littered street behind them is perfectly exposed.

Switch to the Luxi, or a $250 purpose-made incidence light meter and you put it in front of their face and point it back at the camera. This tells you how much light is falling on them. The background could be a black whole or a white dwarf and it wouldn’t make any difference (well, you might get sucked in or burned to smithereens I guess).

Or, in the case of digital, you can just chimp your shots until the exposure’s correct and go from there.

Whatever, this former Kickstarter is now available to buy from the Photojojo store.