I should warn you now, the iOS version of Shin Megami Tensei is perhaps the most bewildering game you’ll play on your phone. The game world is unforgivingly nondescript, and you navigate it in first person. It’s very easy to get lost indoors and bypass important people and doors until you get the hang of navigating. I recommend you pause briefly before entering any room to see if a nameplate appears — otherwise you’ll be running in circles. Also, Atlus’ strange control panel shell for SMT is a little unwieldy. I played in landscape mode in order to take screenshots, but I highly recommend playing in portrait mode as the interface buttons are smaller, easier to reach, and not covering the game screen.

You start off in the midst of a terrifying dream where spirits are being tormented by demons. You rescue your future teammates by saying their names, which breaks the demons’ hold. And suddenly, you wake up. A ghastly murder in a parking lot has set your bustling city on edge and a weird man named Steven is constantly sending you information about a demon summoning program. Yet your mother still wants you to go out and get coffee. 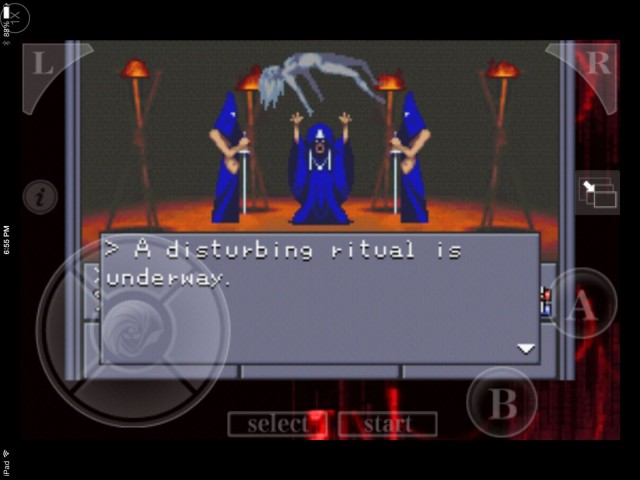 SMT thrusts you into a chaotic world with very little instruction and will likely overwhelm inexperienced players. Take things slow, and be sure to equip any items you find immediately as the risk of encountering demons increases with the phases of the moon (which changes constantly but is easily tracked in the top right-hand corner of the screen). Once in battle, it’s better to attempt to negotiating with demons before attacking, as they can join your party or give you money for a good conversation. Demons in SMT don’t have nearly as much potential as new titles in the series, so fusing or releasing unhelpful allies will get you further than waiting to see if a monster gets better on its own. 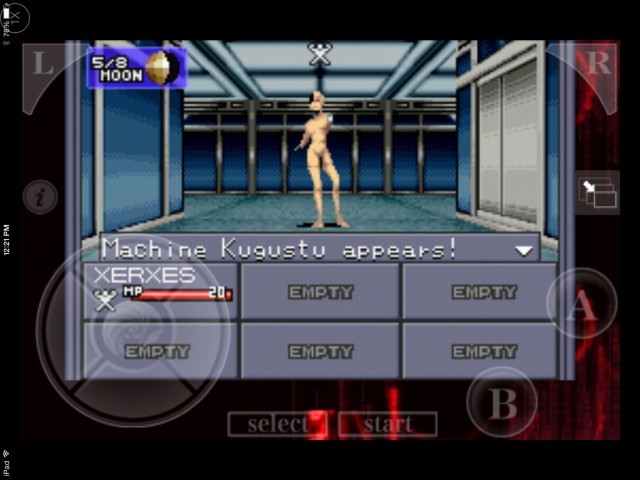 The original Shin Megami Tensei isn’t for everyone, but for fans of the series who want to understand how much these games have evolved since the early ’90s, take the risk and start chatting up some demons.