Last week at the Mobile World Congress in Barcelona, Spain, a curious, unexpected thing happened: I used an Eye-Fi Mobi card to shoot and share photos from my camera to my iPhone and it worked – almost flawlessly.

As regular readers will know, I have tried Eye-Fi’s cards over and over, both here and when I wrote for Wired’s Gadget Lab, and I could never get on with them. The problems ran from annoyances to plain bad design and broken functionality.

This year, we tried a new way to cover Mobile World Congress, and it worked so well we’ll probably use the method for CES and Macworld. Instead of a firehose of press-release rewrites with our own photos attached, we decided to live blog the show. That is, we set up a single live-blog post each day (one for Cult of Mac and one for Cult of Android) and used it as out own Twitter/Instagram-style stream. 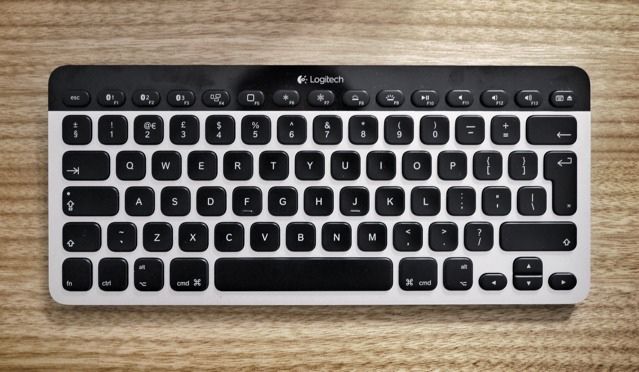 Instead of gathering up info, hopping back to the press lounge and writing up the same posts as every other blog, we stayed out on the show floor, snapping photos, posting quick hands-ons and and observations. The idea was to give you, the reader, a flavor of how these shows work. After all, what’s the point of flying to another country if all your posts look like they could have been written from home?

This year I took the following:

I also carried various chargers and cables, but the above is what I carried in my backpack every day on the show floor. For the first day anyway – it turned out that I only needed the iPad to fix some image-uploading problems (our live-blog plugin didn’t seem to respect image orientation tags in JPGs, so some of my iPhone shots ended up displaying upside-down. This was a pain to fix on the iPhone screen). 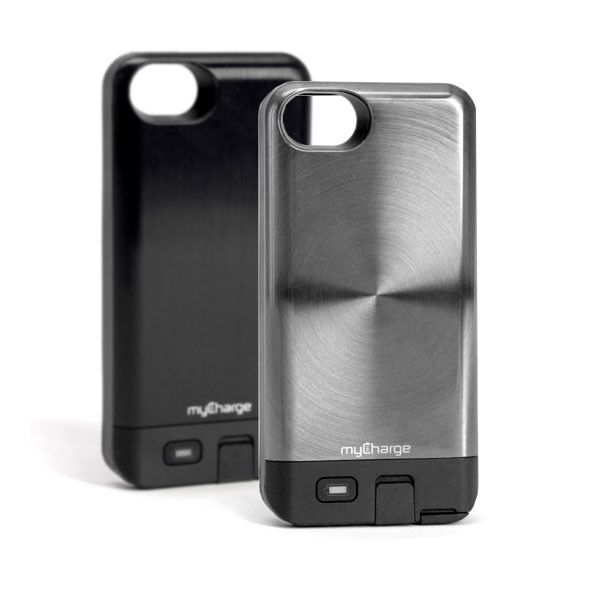 It also turned out that I could make it through a full day (4–5 hours walking the floors and snapping/writing) using a fully-charged iPhone plus a single go on the MyCharge battery case, so I ditched the bigger Unu battery pack as well as the external keyboard after the first day.

The blogging went like this: I took photos with the iPhone camera, and also with the Fujifilm X100S. When I took a photo with the camera, I’d launch the Eye-Fi app on the iPhone, wait for it to connect to the Wi-Fi hotspot in the SD card and transfer its photos across. There are other, better apps than the official Eye-Fi one, but it has one great advantage – it saves the pictures straight to the iPhone’s camera roll.

Considering the amount of wireless radiation jamming the airwaves ant the Mobile World Congress, the Eye-Fi to iPhone connection was surprisingly quick to hook up. Theoretically you can leave the iPhone in your pocket with it’s screen sleeping and it’ll automatically connect to the card every time it’s powered up. I just held the two of them close together when making a transfer and the results were all but flawless.

From there. I could quickly polish the picture in Snapseed, which is as easy to use on the iPhone as it is on the iPad, and save the result back to the camera roll. And that’s about it. Our live-blog back end runs inside WordPress, and it’s a lot like using Twitter in a really ugly web interface. There’s an image upload button and a text field and that’s about it.

I was amazed that I could cover the entire show with my iPhone plus some help from a regular camera. I tended to use the X100S for people shots and pictures where I needed to throw the background out of focus with a wide aperture. The iPhone is better for close-ups. This wasn’t hard and fast though. Several candids were taken with the iPhone and I snapped a few macro shots with the X100S in macro mode.

One thing that I found utterly essential was 3G coverage. I popped my old Tuenti SIM back into my iPhone to enjoy local data charges (1GB for around €8) (I used the Movistar-based MVNO when I lived in Barcelona),and it was fast and permanently connected. Killian relied on the venue’s free Wi-Fi coverage, but it was spotty at best, as you might expect. Having a good 3G signal meant I could post little and often, hopefully giving anyone following along the feeling of being there with us.

The iPhone was great, but I wish I’d taken an iPad mini along instead. The bigger screen would have helped for photos and for tapping out slightly longer entries, and the big battery would have meant I could have skipped the backup battery packs. I’d say that the 16GB or 32GB original mini in cellular flavor would be just about the perfect mobile tool for this job, although maybe its limited RAM would have caused too many app and page reloads when swapping between the Eye-Fi app, Snapseed and Mobile Safari. 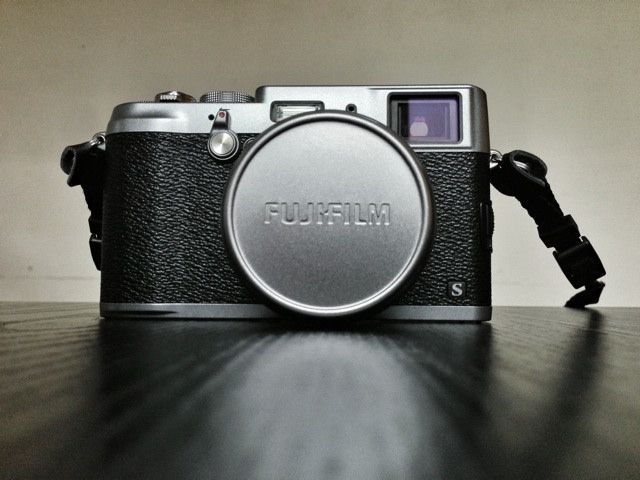 The only other thing I want to mention is that, if you’re using the X100S with an Eye-Fi card, you should bring extra batteries. I was going through two batteries in a 4–5 hour session, but the camera was only powered up during shooting and transfers, and I used the lower-power optical viewfinder over the electronic one most of the time.

A few years ago, when I first started covering the Mobile World Congress in Barcelona, I would turn up with a DSLR, a couple of lenses, a CF card reader, a MacBook (and power cable) and a backpack to carry it all in. I’d have to go to the press lounge to find a power outlet and an Ethernet jack (the Wi-Fi back then was so bad it wasn’t worth trying, even in the press lounge).

Now I can literally turn up with the iPhone in my pocket and cover everything, and arguably do it better. I didn’t really need the X100S to do the job, but I took it anyway because it made the job more fun. That’s pretty neat right there.