If you have a soft spot for beautiful book bound notebooks like the famous Oxford Black n’ Red, then you’re going to love the SLIMS for iPad mini from BUKcase. Made using traditional book binding techniques, it’s almost identical at first glance — but when you open it up you find its pages have been replaced by a handmade wooden frame that lovingly cradles your iPad mini.

Born in the U.K., and also available for the iPad Air, SLIMS isn’t just a protective case, but also a stand for typing and watching movies. It accommodates all of your iPad’s buttons, ports, and cameras — so you never need to take it out — and it has built-in magnets that automatically wake your device up and put it to sleep.

SLIMS comes in black with a grey, blue, or red interior, and BUKcase will even emboss your name on the front.

The best thing about SLIMS is the first thing you notice when you open it up — its beautiful design. It’s made using actual book binding materials by a team of real, “master bookbinders” based in Manchester, England, and BUKcase promises that no two are ever exactly the same. 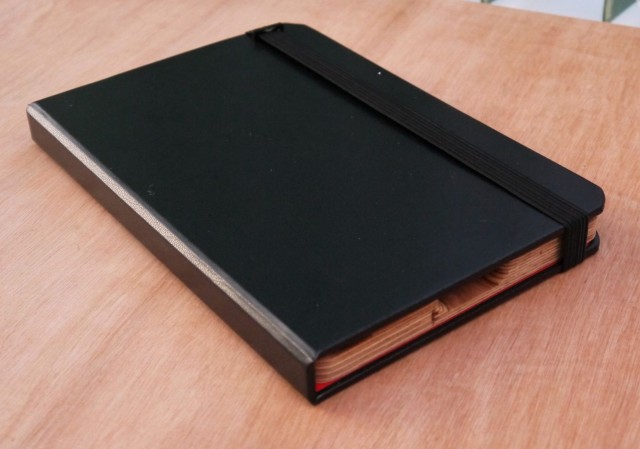 “Once your case is made, we guarantee you will not find another one like it,” the company says.

Until you open up the case, SLIMS looks just like a traditional notebook. In fact, it’s often mistaken for one, and this one great benefit: it’s less likely to be a target for thieves when you’re out and about, so you feel much more comfortable about walking down the street with your iPad in your hand.

SLIMS is also lighter than you’d expect — you certainly won’t notice it in your bag — and its simple design means it’s comfortable to hold and carry. 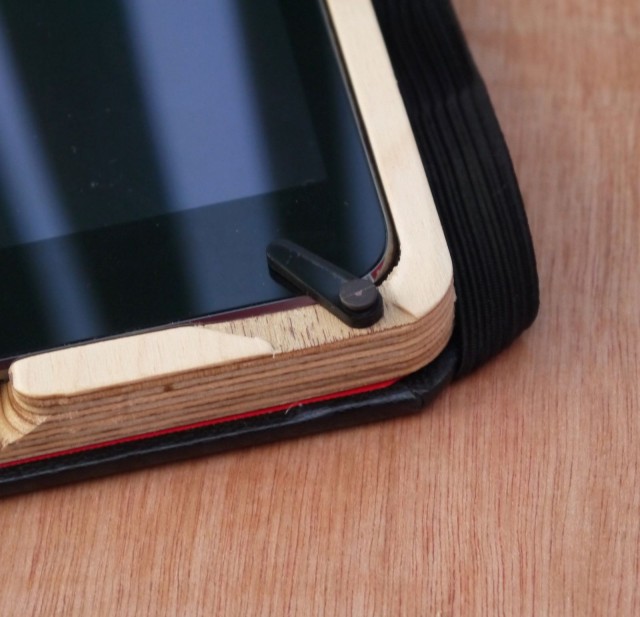 SLIMS isn’t just good-looking, though — it’s also practical. It has built-in magnets that wake your iPad up when you open the cover, then put it back to sleep again when you close it, and the elasticated band attached to its back keeps the front cover closed when your iPad’s not in use. This prevents the case from opening up in your bag, or in mid-air when you drop it. There are also four tiny clips inside the case that hold your iPad mini in place, ensuring it won’t fall out.

Although you may not think it at first, SLIMS also functions as a stand for typing and watching movies. For the former, you can just fold the front cover over and it provides just enough elevation to make typing comfortable on a desk or a table.

When you want to watch a movie, you can stand the front cover on the elasticated band — there’s a small clip that keeps it secure — and it prevents it from slipping and falling over. 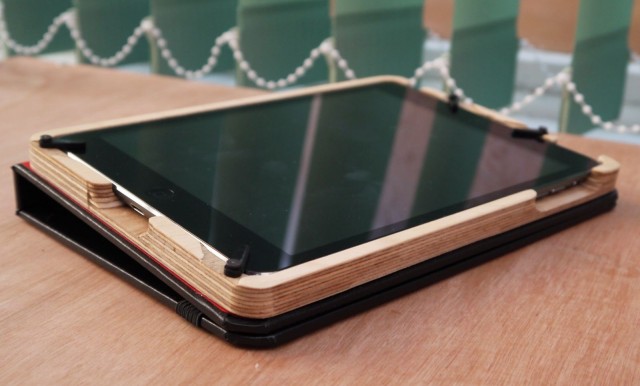 The stand isn’t ideal for typing on your lap, though, because the angle’s nowhere near big enough. You’ll either have to hunch over your iPad to see its display — which quickly becomes very uncomfortable — or put something under the back end of the case to prop it up a bit more. 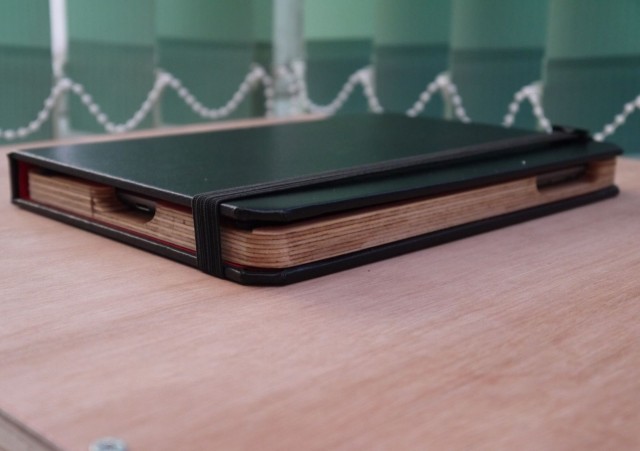 SLIMS is also pretty bulky — more than twice the thickness of a naked iPad mini. You’ll certainly notice that difference when you’re using this case, but its size does mean that it’s very protective; there’s plenty of material around your device to prevent it from getting damaged in the event of an accident, which is reassuring if you’re particularly clumsy.

I also felt the SLIM’s front cover could have been more useful. Sure, it protects my device and acts as a stand, but it would be nice to have an internal pocket for stashing cards and notes when you’re on the go. The cases’s thickness would be more acceptable then, too.

Despite its thickness, SLIMS is a beautiful iPad case and I highly recommend it for anything who’s looking for a case of this kind. It’s super protective, brilliantly well made, and unique. You’ll quickly fall in love with its good looks and practicality, and when you do, those few downsides are all but forgotten.