Flickr’s 1TB storage “limit” is great and all, but getting even 1/100th of that up to Flickr in the form of photos is still tricky. The iOS Flickr app takes care of new pictures on your iPhone, and now a new app called Uppr, from friend of Cult of Mac Robert Miles (not, not that Robert Miles). And boy is it slick.

Uppr does two things. Or rather, it does one thing, which has multiple uses. It watches folders on your Mac and uploads any photos you drop in to your Flickr account. This lets you either bulk upload the entirety of your photo collection to Flickr’s servers, or it lets you just drop pictures into a folder to have them sent one at a time. 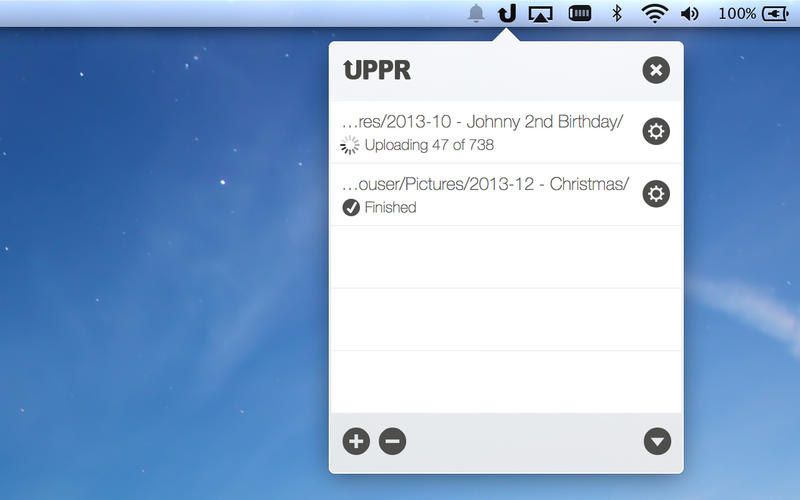 But that’s far from everything. Uppr lets you choose how each folder is treated. You can specify the privacy level that will be set on upload, as well as certain tags, plus safety level and the type of content. Example: You could have a folder to save your favorite screenshots, set to private so they skip your public timeline, and tagged with the name of the Mac they came from.

Or you could have folders for different projects you’re working on.

And if you combine this with other tools then things get really interesting. You could have Hazel automatically put certain photos into an Uppr folder, for instance, or you could even join it together with PhotoStream2Folder and have your iCloud Photo Stream backup up automatically on Flickr.

It’s at V1, and Robert is planning on adding features quickly. My first request is for a progress indicator in the menubar (Uppr live up in the Mac’s menubar), but as the app does tell you when it’s finished (you have to click up in the icon to see) that’s not even a big priority.

The app is available now on the Mac App Store, for a mere $3. You should get it right now.