Opening tonight in Brooklyn — an art exhibit based on obsolete Apple technology that examines the “fetishizing” of products that are soon discarded.

The installations include a mechanical interpretation of Steve Jobs’ famous Stanford commencement speech, and a doormat with Bill Gates’ face on it.

See the video and several pix after the jump.

Running through mid-March, the Programmed show features installations made with discarded Apple products — products that were once drooled over.

“The artwork in this show invites a discussion on recycling, the history of these items, where they come from and what they have been replaced by,” say the show’s curators. They also want people to think about “the fetishizing of these electronics that are then discarded.”

As well as hosting, the Mac Support Store is supplying all the obsolete electronics.

“The show was inspired by the original Mac Fish Tank,” says Graber. A fish tank made from an old PowerMac Cube is featured in the show’s poster.

The store is a big believer in recycling. It provides free recycling and is a member of New York City’s Retailer Take-Back Program. 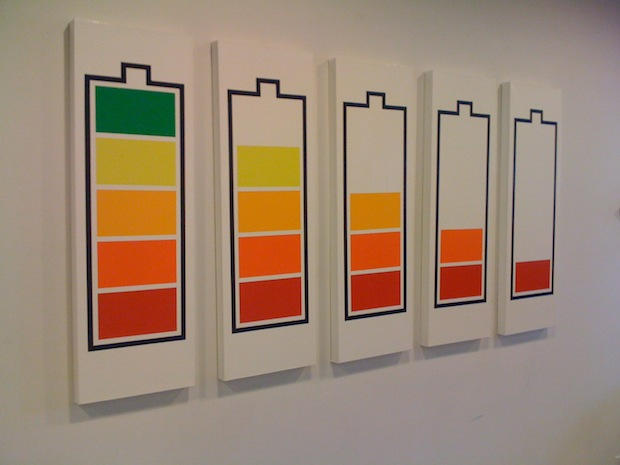